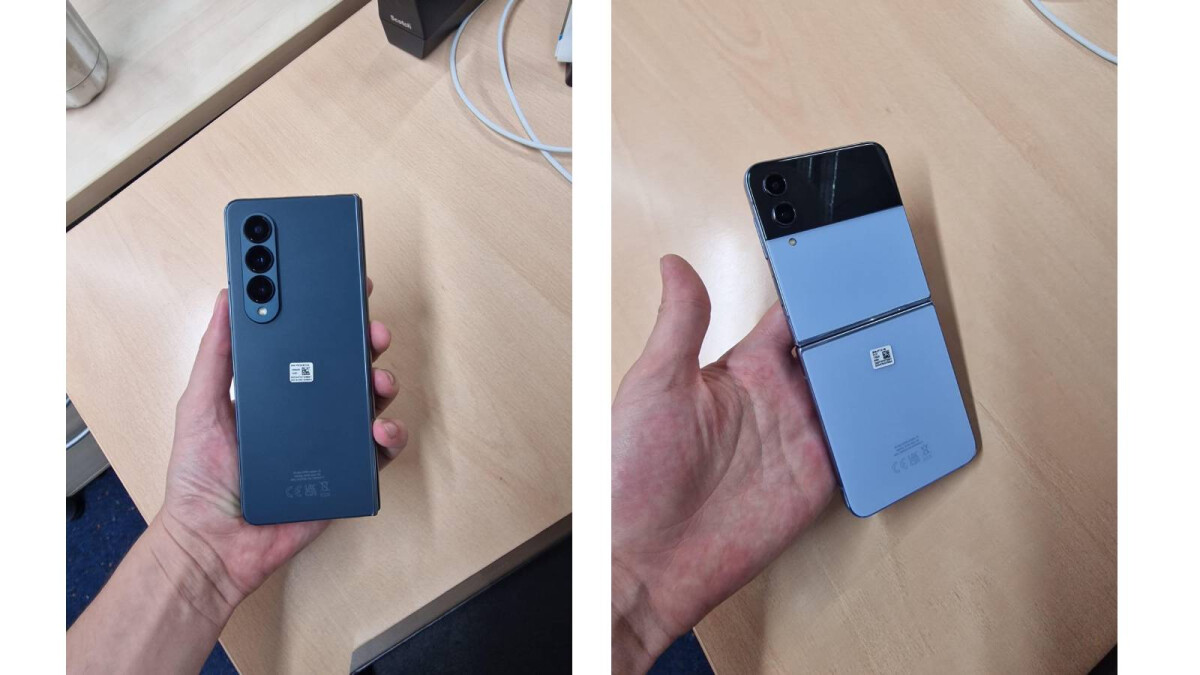 0
Share
With four days remaining until the August 10 Unpacked event where the Galaxy Z Fold 4 and Flip 4 will be revealed, the last thing Samsung would want are hands-on images plastered all over the internet, but unfortunately for the company, that’s exactly what has happened.
Twitter user @noh_tech has posted real-world images of both Z Fold 4 and Flip 4. It’s not clear where he got the photos from but they do seem legit, considering they are in line with previously leaked pictures and design rumors.
The Fold 4 and Flip 4 are rumored to keep the same overall look as the outgoing models, which happen to be one of the best foldable phones around.

As leaks had said, the Fold 4 appears to have a single-hinge design, which I think gives it a more put-together look. The outer display does look somewhat wider, which aligns with leaks that had said that the Fold 4 would have wider aspect ratios. It’s very hard to spot the crease, which means that the reports about a less prominent inner display crease were right on the money.

Next up is the Flip 4, of which hands-on images had appeared in June. This device also appears to have a thinner hinge than its predecessor and Samsung may have trimmed down the bezels a little bit too. The outer display is rumored to grow from 1.9-inches to 2.1-inches, and the screen does look a tad bigger.

Overall, Samsung appears to have made subtle changes to refine the design of its upcoming foldable phones. The bigger changes will be under the hood. For instance, both handsets will be powered by the Qualcomm Snapdragon 8 Plus Gen 1 and could be a lot faster than the models they will supersede. The Fold 4 is also rumored to have new camera sensors, whereas the Flip 4 could boast more impressive battery and charging specs.
The devices, or at least the Flip 4, might be a bit more expensive than the outgoing models. Pre-order reservations are now live and will net you exclusive offers.