Two New Rocky, Earth-Sized Planets In Our Cosmic Backyard—And There Could Be More 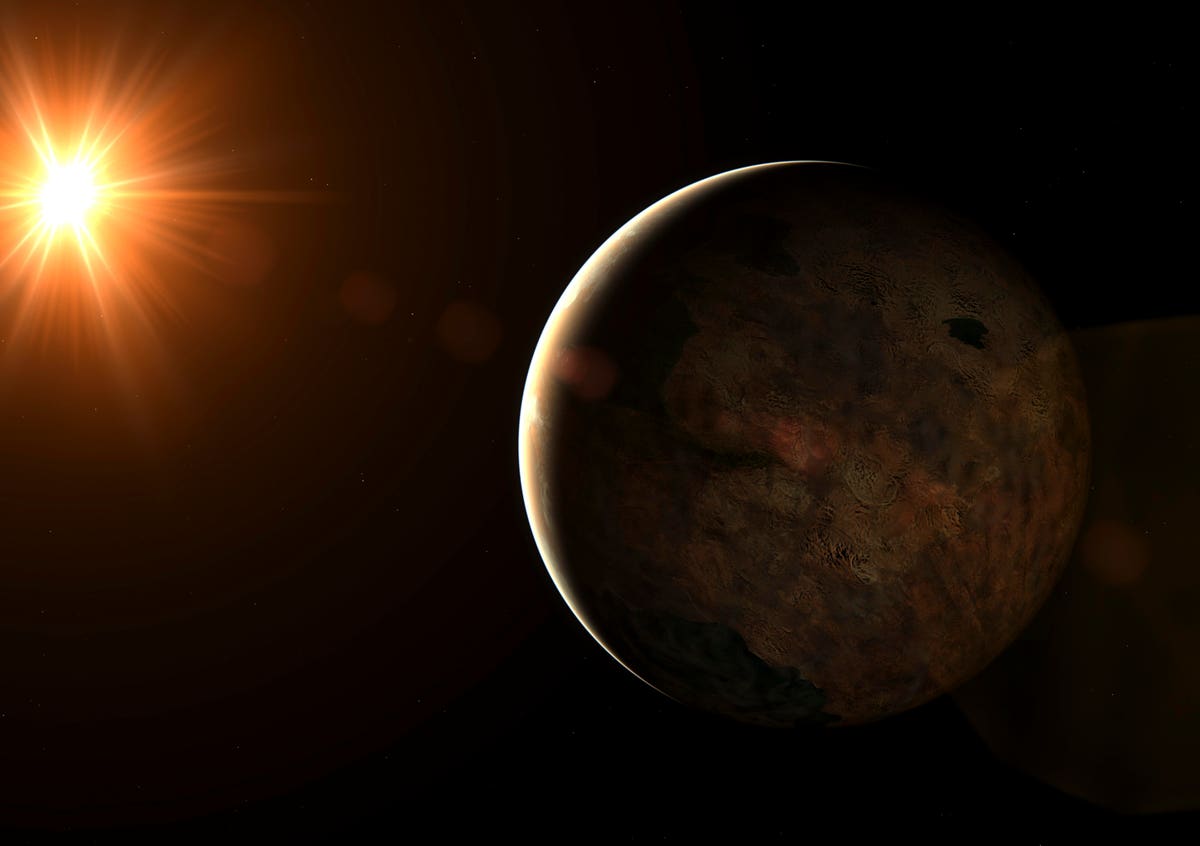 Thirty-three light years. That’s nothing. Sure, it’s going to be impossible to ever actually visit the two new planets discovered around the star called HD 260655, but make no mistake—the two new exoplanets found by astronomers are very close and thus very important. And there might be more planets lurking.

An exoplanet is a planet orbiting another star beyond our Solar System.

One of the closest known multi-planet systems to our own, astronomers have found two Earth-sized rocky planets around HD 260655, a red dwarf star—by far the most common kind of star in our Milky Way galaxy.

In the constellation of Gemini (ironically called “the twins”), HD 260655 is not a famous star because it’s too dim to see with the naked eye, yet it’s about the same distance from us as a lot of bright stars you may be familiar with—such as Pollux also in Gemini and Arcturus in Boötes.

That HD 260655 is a bright star and a relatively close to us—and has planets in orbit—is something of a cosmic coup for astronomers. That’s because while the James Webb Space Telescope can soon be pointed at distant exoplanets it’s only going to be able to tease-out the properties of the atmospheres of close exoplanets.

Sadly the two rocky planets around HD 260655 are unlikely to be habitable. Orbiting from very close to their star their surfaces must be too hot to sustain liquid water.

“Both planets in this system are each considered among the best targets for atmospheric study because of the brightness of their star,” said Michelle Kunimoto, a postdoc in MIT’s Kavli Institute for Astrophysics and Space Research and one of the lead scientists on the paper published and presented last week at the meeting of the American Astronomical Society. “Is there a volatile-rich atmosphere around these planets? And are there signs of water or carbon-based species? These planets are fantastic test beds for those explorations,” said Kunimoto.

The planets were found using NASA’s $287 million Transiting Exoplanet Survey Satellite (TESS), which discovered about 5,000 planets and planet candidates in its first four years of observations. In total TESS is slated to find about 12,519 exoplanets.

The two exoplanets around HD 260655 were detected as dips in the light coming from the host star, surefire evidence that something is transiting. Archive data from ground-based telescopes in Hawaii and Spain helped confirm their existence.

The planet closest to the star—HD 260655b—orbits every 2.8 days and is about 1.2 times the size of Earth, twice as massive and slightly denser (it’s density that’s crucial to exoplanets’ designation as rocky in composition). On the surface it’s 818º F. The outer planet, HD 260655c, orbits every 5.7 days and is 1.5 times the size of Earth, three times as massive as Earth and slightly less dense. It’s 548º F at the surface.

So both planets are outside the habitable zone—too close to their star and therefore too hot for liquid water to exist on their surface.

“But there might be more planets in the system,” said team member Avi Shporer at MIT. “There are many multi-planet systems hosting five or six planets, especially around small stars like this one. Hopefully we will find more, and one might be in the habitable zone.”

Denial of responsibility! TechCodex is an automatic aggregator of the all world’s media. In each content, the hyperlink to the primary source is specified. All trademarks belong to their rightful owners, all materials to their authors. If you are the owner of the content and do not want us to publish your materials, please contact us by email – [email protected]. The content will be deleted within 24 hours.
Avi ShporerEarthexoplanetsHD 260655HD 260655bHD 260655cmitTransiting Exoplanet Survey Satellite
0
Share