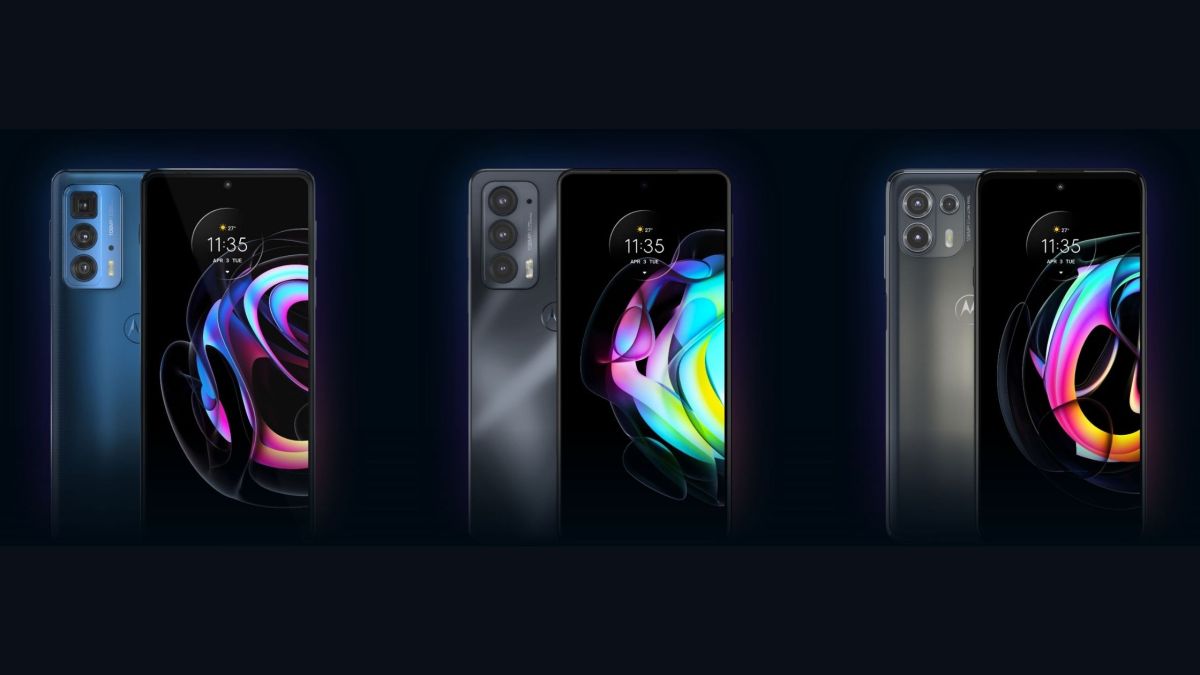 [Exclusive] I can now confirm that not 1, but TWO #MotoEdge20series smartphones are launching in India in August.The devices are loaded with premium & flagship features. Will be revealing more info on features & launch in the coming daysFeel free to retweet#MotoEdge20series pic.twitter.com/VbFviFBLQoAugust 2, 2021

While we are yet to hear anything from the brand regarding the official launch or date, going by tweet and based on our previous coverage, the Moto Edge 20 series is likely to launch in India in mid-August.

The Moto Edge 20 series is the company’s latest trio and all three share many specs and features even though they fall under different price segments. Some of the notable common features include a 10-bit display, 30W fast charging, OLED panel, 108MP primary camera, and a 32MP selfie snapper. Let’s take a look at detailed specs:

The top of the flagship among the three devices, the Moto Edge 20 Pro is powered by Qualcomm Snapdragon 870 and sports a 6.7-inch Full HD+ 10-bit OLED with a 144Hz screen refresh rate. It also supports HDR10+, DCI-P3 colour space, and HDR content on Amazon. The Edge 20 Pro is available in the sole 12GB+256GB variant in the global market.

Further, in terms of optics, the Moto Edge 20 Pro sports a 108MP main camera, an 8MP periscope camera with 5x optical and up to 50x digital zoom, and a 16MP ultra-wide angle shooter. The selfies are handled by a 32MP shooter on the front. Lastly, the Moto Edge 20 Pro comes with a 4,500mAh battery coupled with a 30W fast charger.

The vanilla Moto Edge 20 shares a lot with its Pro variant, but is powered by a slightly lower-powered Snapdragon 778G and is paired with 8GB of RAM and 128GB of internal storage. It is backed by a 4,000mAh battery with 30W fast charging. Instead of 5x optical zoom on the secondary periscopic camera, the Moto Edge 20 comes with a 3x optical zoom. The rest of the camera specs as well as the display specs remain the same.

The most affordable one in the lineup, the Moto Edge 20 Lite is powered by MediaTek Dimensity 720 SoC 一 which is yet to make its debut in India. The device comes in an 8GB+128GB variant and features a 6.7-inch 10-bit OLED display with a 90Hz refresh rate and Full HD+ resolution. It comes with a 108MP main camera, an 8MP wide-angle lens, and a 2MP depth camera. The device runs off a 5,000mAh battery with 30W fast charging support.