Twitter’s solution for ruining verification is another check mark 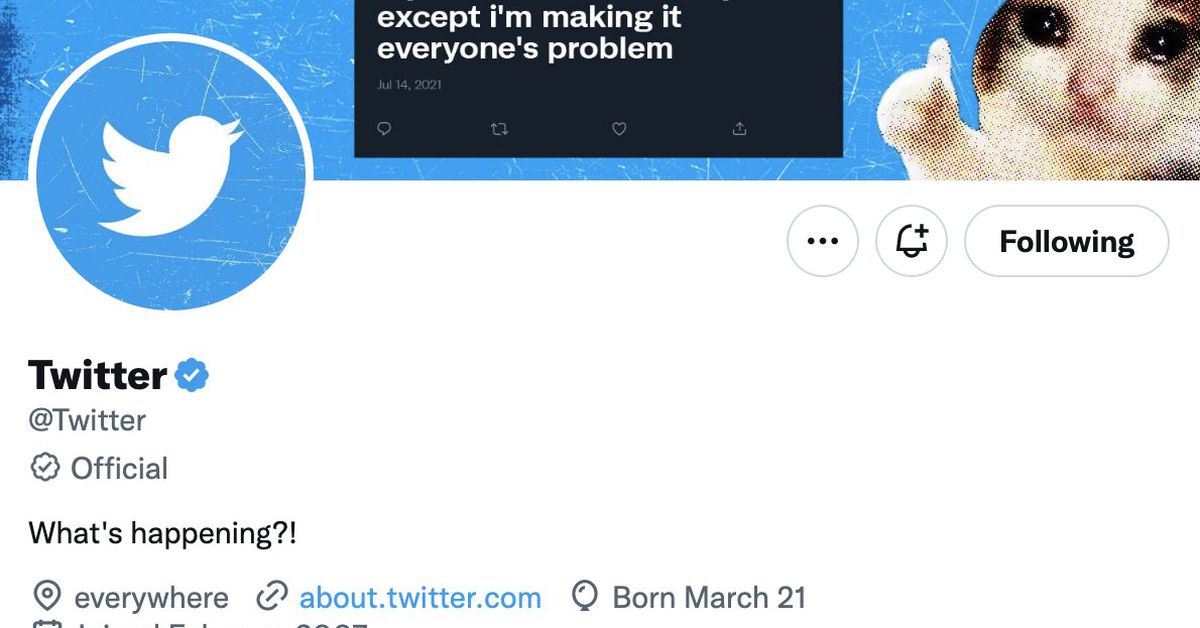 Twitter is rolling out another type of check mark to help distinguish accounts that users actually need to know are real. Although you can pay $7.99 per month for a blue check mark with the new version of Twitter Blue, select accounts for governments, companies, or public figures will get a gray “Official” check mark, according to a thread from Twitter’s Esther Crawford, who is heading up the new Twitter Blue initiative.

“A lot of folks have asked about how you’ll be able to distinguish between @TwitterBlue subscribers with blue checkmarks and accounts that are verified as official, which is why we’re introducing the ‘Official’ label to select accounts when we launch,” Crawford says.

“Accounts that will receive it include government accounts, commercial companies, business partners, major media outlets, publishers and some public figures,” according to Crawford. Being previously verified doesn’t automatically mean you’ll get the new “Official” label, and you can’t buy the new label, meaning Twitter will be the one making the call on who gets to have it. (Perhaps people will be able to request to be verified, because that idea definitely didn’t cause any problems for Twitter in the past.)

Crawford shared a screenshot of the label on the profile page for the @Twitter account, but it’s not actually on the account yet, which isn’t too surprising given that Twitter Blue is reportedly launching on November 9th. And it’s unclear if the label will only be visible if you click through to a profile; hopefully there will be some way to easily see it while scrolling your timeline, where it will be a lot more useful.

However, that tactic is reactive instead of proactive; if someone is set on spreading misinformation, they’d potentially have the opportunity to do so before moderators could step in. The company seems to understand this at some level, given the new check mark and its recent decision to delay the new verification system’s rollout until after the US midterm elections, which are being held on Tuesday.