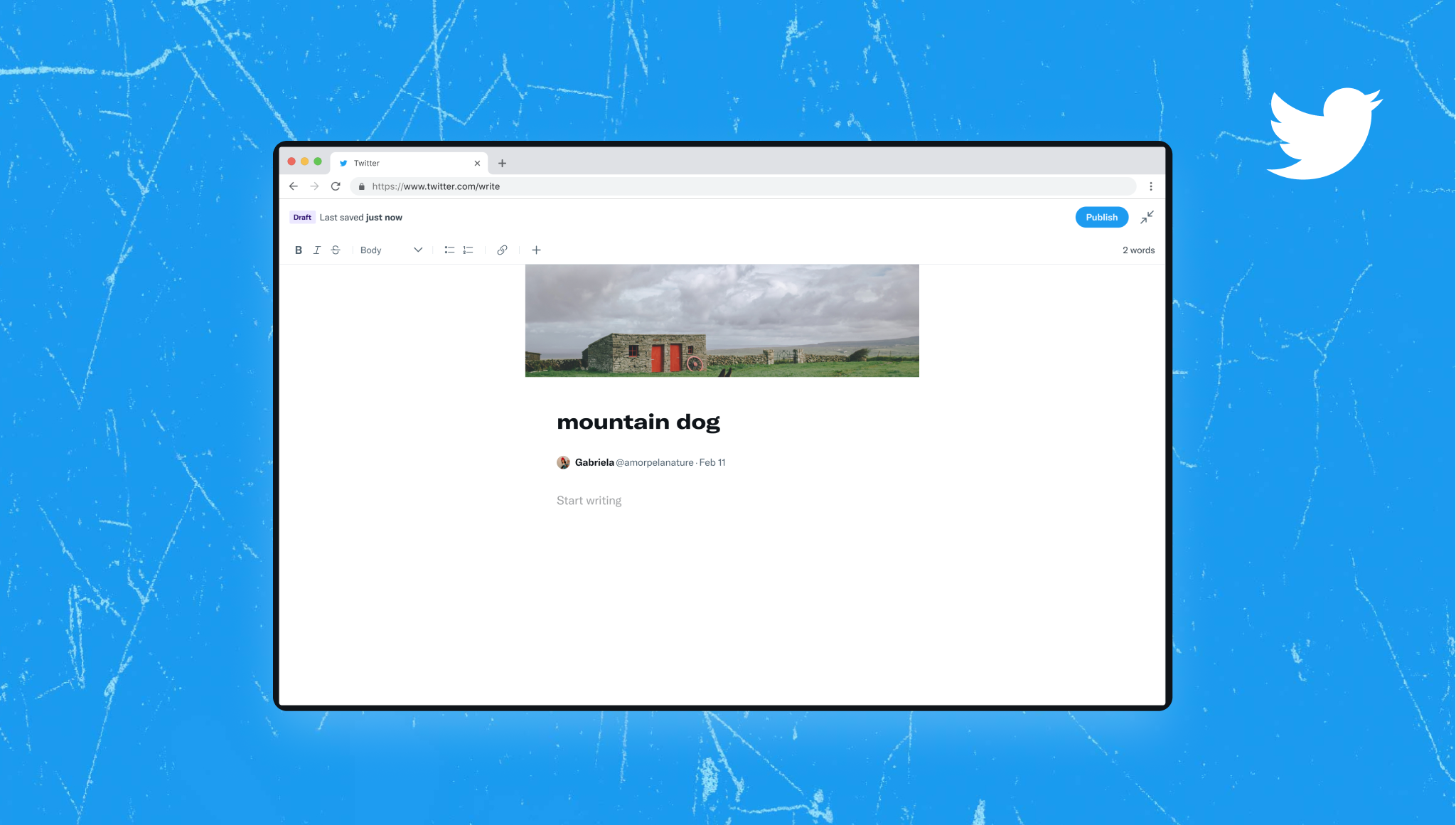 Twitter has finally shown off its long-rumored feature for long form writing. The company confirmed that it’s beginning to test a new “Notes” feature, which will allow writers to publish freeform content on Twitter without a character limit.

Notes are essentially blog posts that appear within Twitter without the typical limitations of a tweet. There are no character limits, and writers can embed photos, videos and other tweets within a Note. Writers can also share their Notes via tweets, and their published Notes will appear on their Twitter profiles.

Notes could significantly change how writers interact with their followers, and give them more flexibility than the typical tweetstorm. In a Note announcing the launch, Twitter’s editorial director Rembert Browne wrote that Notes are meant to give writers an alternative to the lengthy threads without having to publish writing elsewhere and share it back to Twitter. “Since the company’s earliest days, writers have depended on Twitter to share their work, get noticed, be read, create conversation — everything but the actual writing,” Browne wrote. “With Notes, the goal is to fill in that missing piece and help writers find whatever type of success they desire.”

For now, the feature is available to a “small group of writers” from Canada, Ghana, the United Kingdom, and the United States, though the company says it will eventually expand the test group as it gathers feedback. Notes is part of a broader push by Twitter to build features for writers. With the change, the company is also bringing Revue, the newsletter company it acquired last year, into its new “Twitter Write” group, which encompasses notes and newsletters. So far, it’s unclear how Revue newsletters may be incorporated into Notes.