Tropical Storm Elsa Is Now A Member Of The ‘TCMI’ Club 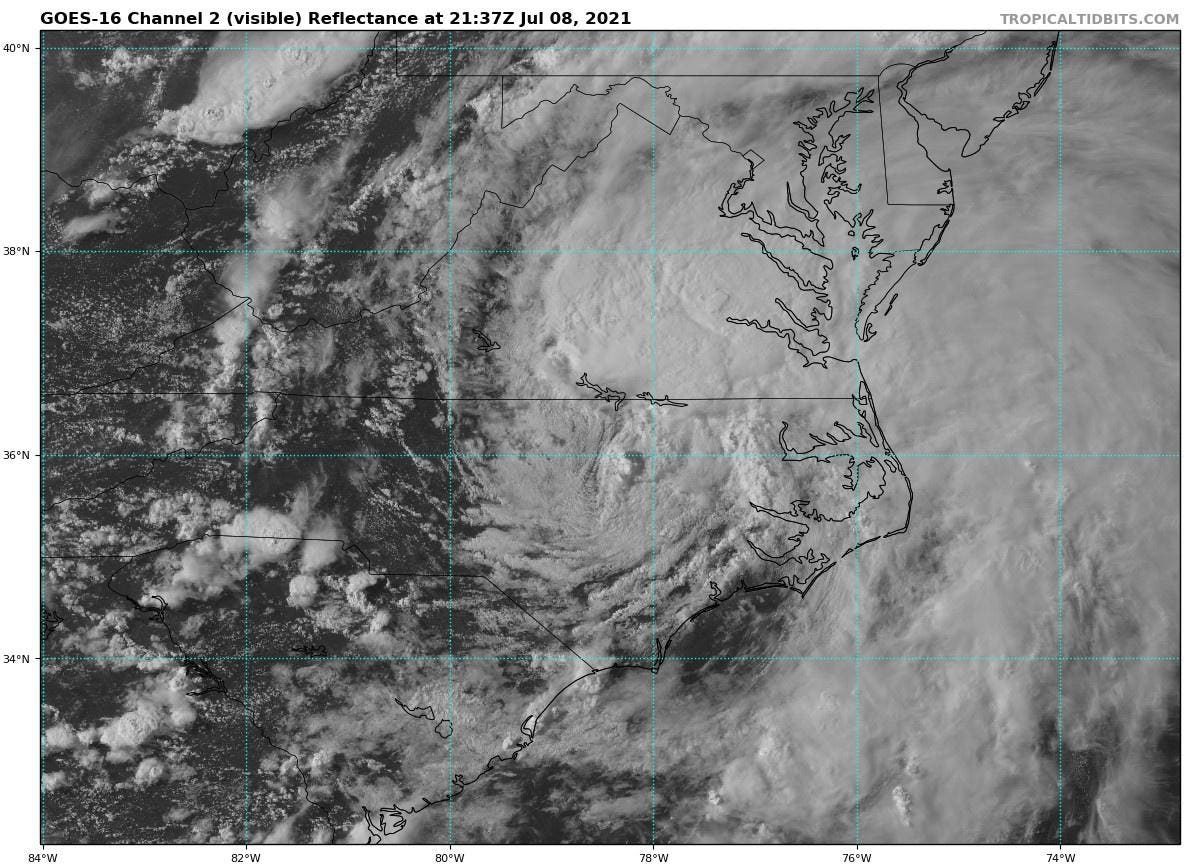 Unbelievably, Tropical Storm Elsa continues to be in the news. It made landfall in Florida on Wednesday and is now dragging a “rainfall footprint” all the way up the I-95 corridor to the Northeast. As I monitor the storm, it is clear to me that Elsa is now a member of a somewhat rare club called TCMI. What’s that anyhow?

By now, you may have heard discussion about something called the Brown Ocean Effect. Let’s get it out of the way right now. Elsa probably is not an example of that concept. The Brown Ocean Effect (a good summary can be found here) is built upon the idea that antecedent soil moisture or wetlands could cause a storm to maintain intensity of strengthen overland. The poster child for this is Tropical Storm Erin from 2007. It literally developed an eye over Oklahoma and maintained a warm core structure according to studies in the peer-review literature. There have been several follow-up studies in the literature and even a dedicated Wikipedia page.

Tropical Cyclone Maintenance and/or Intensification or TCMI was introduced in a 2014 study published in the International Journal of Climatology by one of my former students, Dr. Theresa Andersen. It defined TCMIs as tropical cyclones that maintained intensity or strengthened over land through extratropical transition (see link for explanation), the Brown Ocean Effect, or a hybrid process. NASA’s website summarized the TCMI study and noted that, “Of the 227 inland tropical cyclones identified (in the study from 1979 to 2008), 45 maintained or increased strength, as determined by their wind speed and central pressure.” Like Hurricane Sandy in 2021, 17 of them were through the process of shifting from warm core and ocean water “fuel” to cold core and energy from air masses differences (temperature gradients). 18 of the storms were warm core “Brown Ocean” type systems, and the rest of the storms were hybrids.

On Thursday Andy Hazleton, a hurricane expert at the University of Miami, tweeted, “The (land friction) never bothered #Elsa anyway!” He was referring to data showing that Elsa actually increased in intensity over land while making its way from the Southeast into the Mid-Atlantic. The National Hurricane Center remarked in its afternoon discussion, “Elsa’s slight strengthening may be the result of baroclinic forcing associated with an approaching short-wave trough.” This certainly qualifies as a TCMI. While not much additional strengthening is expected, the process of extratropical transition will continue.

Dr. Joe Santanello and colleagues at NASA Goddard, with funding from NASA’s MAP program, has started to optimize the agency’s land-atmosphere modeling capabilities to study this type of hydrometeorological phenomena. A 2020 study in the Journal of Hydrometeorology explored a TCMI event in Australia and questioned the role of the Brown Ocean Effect compared to atmospheric moisture transport.

Oh by the way, the weather system producing rainfall off the coast of Texas this week caught my eye too. It has been a prolific rain-producer and has exhibited tropical characteristics though it never was named. Does that sound familiar? Parts of Louisiana were inundated in 2016 from an unnamed tropical “thing” that U.S. Nair and colleagues (2019) attributed to TCMI hybrid process involving atmospheric processes and underlying wetlands in the area.

Denial of responsibility! TechCodex is an automatic aggregator of the all world’s media. In each content, the hyperlink to the primary source is specified. All trademarks belong to their rightful owners, all materials to their authors. If you are the owner of the content and do not want us to publish your materials, please contact us by email – [email protected]. The content will be deleted within 24 hours.
BostonBrown Ocean EffecthurricaneNASANew YorkTCMITropical cycloneTropical Storm Elsa
0
Share

The Entire Cast of the Game of Thrones Prequel (So Far)

The Best Sneaky Killers to Use in Dead By Daylight