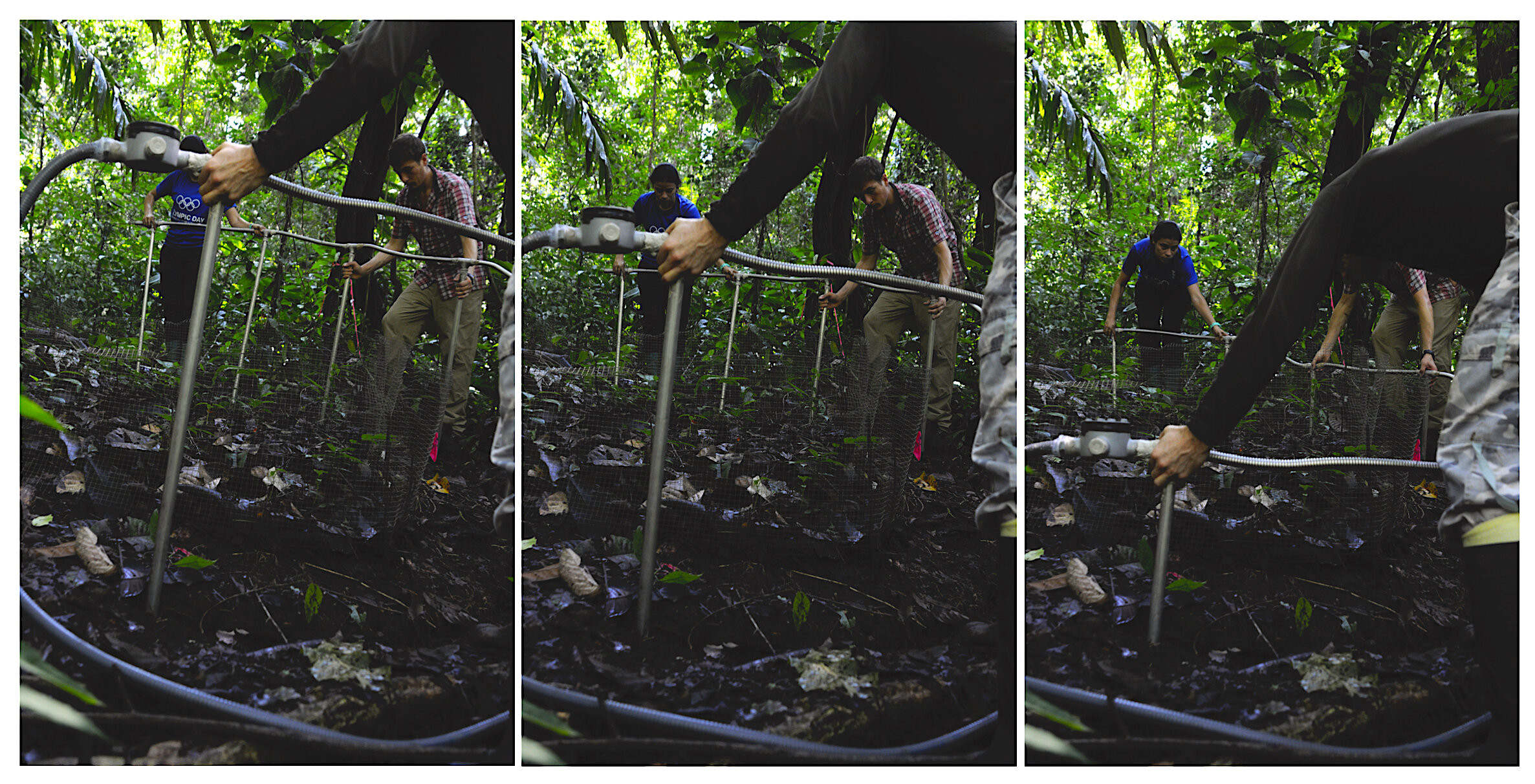 Global warming is likely to cause a decline in the number of species of microbes that live in tropical soils which could threaten the biodiversity of rainforests and increase carbon emissions, according to new research.

Microorganisms, which include bacteria and fungi, play a key role in the health of tropical forest ecosystems. They breakdown dead organic matter, either using the carbon it contains and transforming it or release it into the environment as CO2.

About a third of the carbon stored in soils is held in tropical soils—and they support around two-thirds of the world’s plant biomass.

Climate models suggest the tropics could warm by two to five degrees centigrade by the end of the century. To date, there has been little scientific research into the impact this level of warming could have on the tropical soil microbes that play a key role in plant health and in mediating carbon emissions into the environment.

In an experiment on Barro Colorado Island in Panama, an international team of researchers led by the University of Leeds investigated what would happen if tropical soils were exposed to the levels of global warming that are being predicted by climate models.

They rigged an underground heating system to warm five experimental plots in a lowland tropical forest which they compared with unheated control plots.

Two years after the system was switched on, Dr. Andrew Nottingham, a forest ecologist based at Leeds who led the study, said there were two major and unexpected findings.

In a paper published in the journal Nature Microbiology, Dr. Nottingham and his team report that the biodiversity—or number of species of microbes—in the heated plots declined even though long-standing theory suggests the diversity of bacteria would increase when soil temperature goes up.

But the study found that many of the main bacterial and fungal groups in the unheated ‘natural’ plots could not be found in the heated plots, whilst they also identified bacteria and fungi in the heated plots that were not detected in the control plots.

Dr. Nottingham says that “this research is prompting us to think differently about the way a warmer climate may affect tropical soils, which support some of the world’s richest biodiversity and are a globally important store of carbon.”

“If the results that we have seen in just two years are representative of what will occur in global tropical soils, then there will be a major negative impact on the rich ecosystems they support. A major question is whether any of the microbes missing in the warmed plots played a key role in soil functioning, because we know that soil diversity is correlated with soil health. There are further likely implications for plants as tropical rainforests include associations and symbioses between microbes in the soil and the vegetation.”

The second major finding related to CO2 emissions from the soils. In experiments outside of the tropics, scientists have found that as temperatures rise, the amount of CO2 released into the environment increases. Given the huge amount of carbon stored in soils globally, and especially in the tropics, only a small percentage increase in the rate at which it is released could have a sizeable impact on climate change. The rate of acceleration in C02 emissions in the warmed tropical soil was three times higher than predicted.

Dr. Nottingham says that “the implications of these results is alarming—but by demonstrating how sensitive these ecosystems are to a warming climate, the results emphasize the urgency for conserving these biodiverse and carbon-rich ecosystems and to tightly limit current warming.”

Professor Patrick Meir, a lead collaborator on the project from the University of Edinburgh, added that “climate manipulation experiments like this, set up in the natural environment, are difficult to do and are very rare, particularly in tropical forests, where biodiversity and carbon storage is very high.”

“This critical new information on the risk from climate warming both to biodiversity loss in soils and increased carbon emissions will help us predict and plan better for the changes ahead.”

The researchers acknowledged that there are still a lot of questions that need resolving, including the response of plants to warming from above-ground, and most notably how the changes that have been seen in the experimental plots in Panama would play out across global ecosystems.