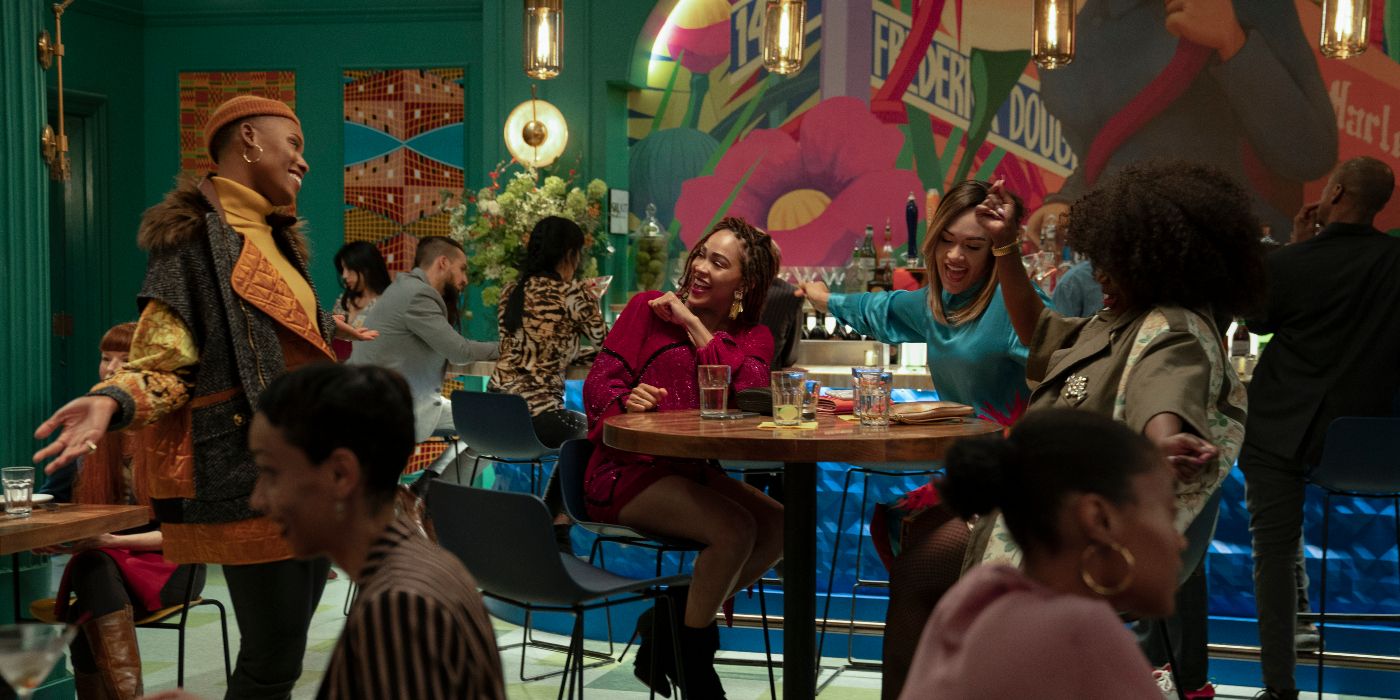 Amazon Studios and Universal Television have released new first look images from their new show Harlem. The show is created, written, and executive produced by Tracy Oliver (Girls Trip, Barbershop: The Next Cut), and revolves around four best friends that live in Harlem, New York City, as they move into a new phase of their careers, relationships, and big-city dreams. The first season of Harlem, which consists of 10 episodes, will premiere December 3 exclusively on Prime Video.

Harlem will star Meagan Good (Anchorman 2: The Legend Continues, Venom) as Camille, Grace Byers (Empire, The Gifted) as Quinn, Shoniqua Shandai (Sing It!, I Am the Night) as Angie, Jerrie Johnson (Good Trouble, Mother’s Milk) as Tye, and Tyler LePley (The Haves and the Have Nots, Slumber Party Slaughter) as Ian. The first-look photos, courtesy of Prime Video, show the core four friends hanging out in two places that look like restaurants/bars and watching a movie together, all while having a good time.

Harlem is set to release on December 3 and will be available on Prime Video exclusively. Check out more first-look images as well as the official synopsis for the comedy show below:

Created, written, and executive produced by Oliver, Harlem is a new single-camera comedy following four stylish and ambitious best girlfriends in Harlem, New York City: a rising star professor struggling to make space for her love life; a savvy tech entrepreneur always dating someone new; a no-filter singer; and a hopeless romantic fashion designer. Together, they level up into the next phase of their careers, relationships, and big city dreams.

The director opened up about the options for his tenth (and final?) film.

Pokemon Unite players can get Greedent for free during Halloween event

‘The Suicide Squad’ Fans Gushing Over Movie Amid Award Nominations