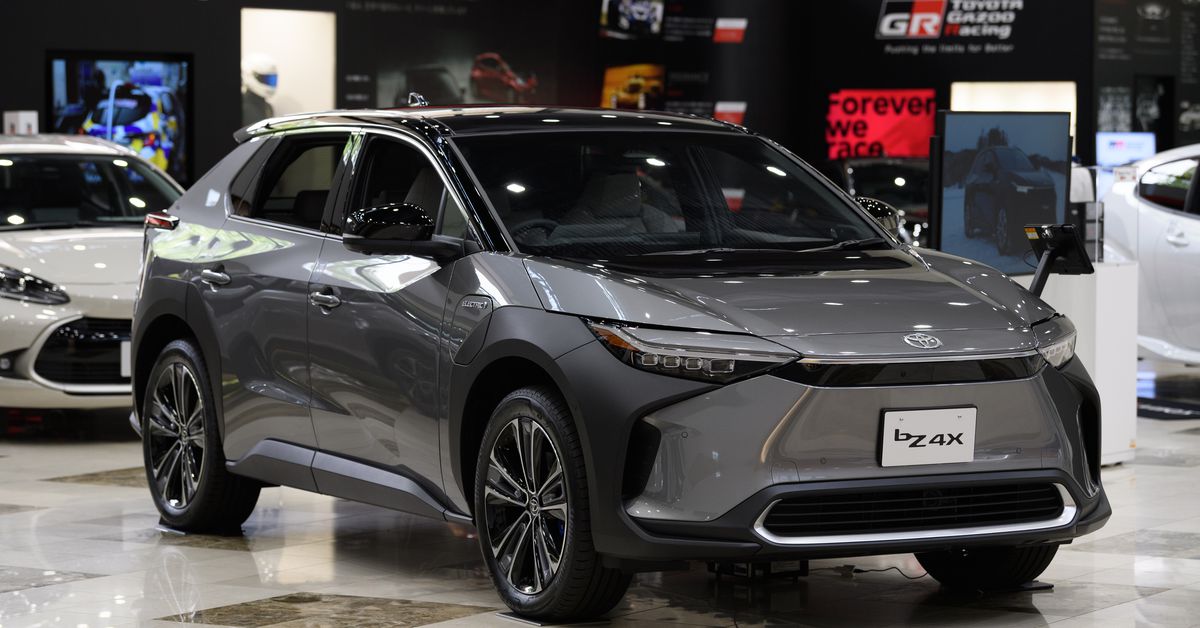 Toyota issued a global recall of its 2023 bZ4X electric crossover SUV less than two months after the vehicle was released. The automaker said the hub bolts on the wheel can become loose while driving, which could cause the entire wheel to detach. Naturally, Toyota is warning owners not to drive their vehicles until the problem is fixed.

The recall represents a setback for the world’s largest automaker, which has pledged to spend $17.6 billion to roll out 30 battery-electric models by 2030. The bZ4X, which began customer deliveries less than two months ago, is seen as the tip of the spear in Toyota’s belated attempt to shift to electric vehicles.

Toyota says the cause of the loose hub bolts is still being investigated. Customers are advised to notify their local authorized Toyota dealer, which will pick up the bZ4X for service and provide a loaner free of charge.

Among the 2,700 vehicles subject to the recall, 2,200 were destined for Europe, 280 for North America, 110 for Japan, and 60 for the rest of Asia. Most of the vehicles have not been delivered to consumers.

The bZ4X is the latest EV to get hit with a recall, although in comparison, it appears to be one of the most serious. Ford issued a recall last week for 49,000 Mustang Mach-E SUVs but insisted the problem could be fixed through an over-the-air software update. Other EVs have also been recalled over various software bugs and other minor issues.

The recall comes at a time when demand for electric vehicles is steadily rising, thanks to rising gas prices and a growing number of models available for purchase. Tesla continues to dominate the market, but legacy automakers are gaining ground with the release of mid-range crossovers and luxury vehicles. Prices are also rising, thanks to inflation, high demand, and the rising cost of key materials, such as the minerals that comprise lithium-ion batteries.