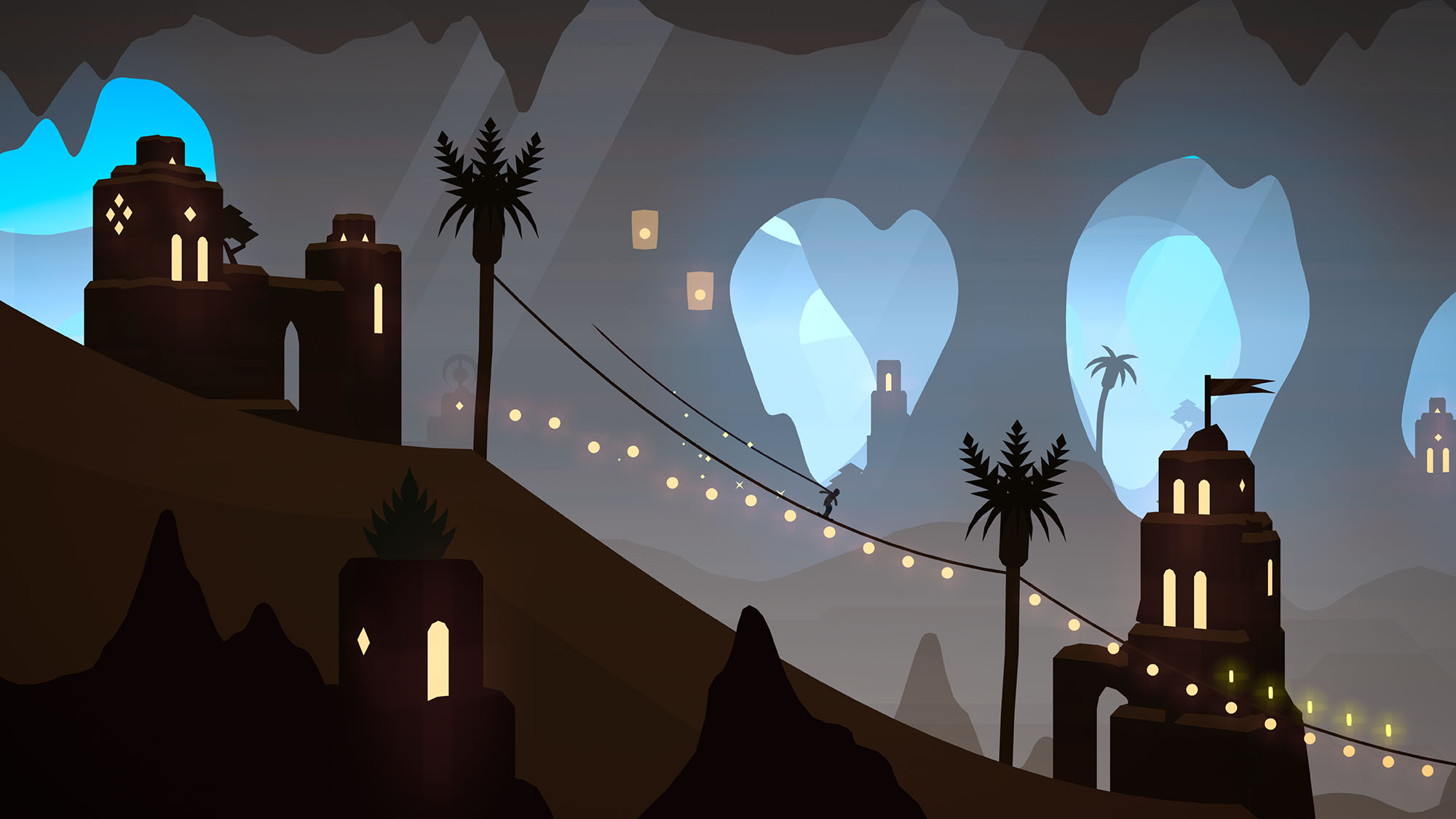 After teasing the game back in mid-June, Toronto-based Snowman and Team Alto have revealed that the next entry in the studios’ critically acclaimed Alto series, Alto’s Odyssey: The Lost City, is set to come to Apple Arcade on July 16th.

Along with the launch date, Snowman also showed off the first gameplay footage of new content The Lost City adds to the game, including a fresh biome, floating lights and a mysterious half-moon shaped object.

Rather than an entirely new experience, Alto’s Odyssey: The Lost City seems to build on the foundation established with Alto’s Odyssey through the addition of a new environment for players to board through.

“There’s more to do, more to see, more places to discover and more challenges,” said Harry Nesbit, a U.K.-based artist, designer and developer that co-created the series alongside Snowman, in a recent interview with MobileSyrup.

“The Lost City gave us the opportunity to push a little beyond what we’ve done before and try and play around with different ideas of what works within this world to evoke different feelings and emotions.”

At launch, The Lost City will be available across iPad, iPhone, Mac, and Apple TV. In Canada, Apple Arcade costs $5.99 per month.

Although it’s unclear, it’s possible that we could see Alto’s Odyssey: The Lost City on other platforms once it’s no longer exclusive to Apple’s gaming subscription platform.

At $40 billion, the largest takeover in semiconductor history is reportedly getting…