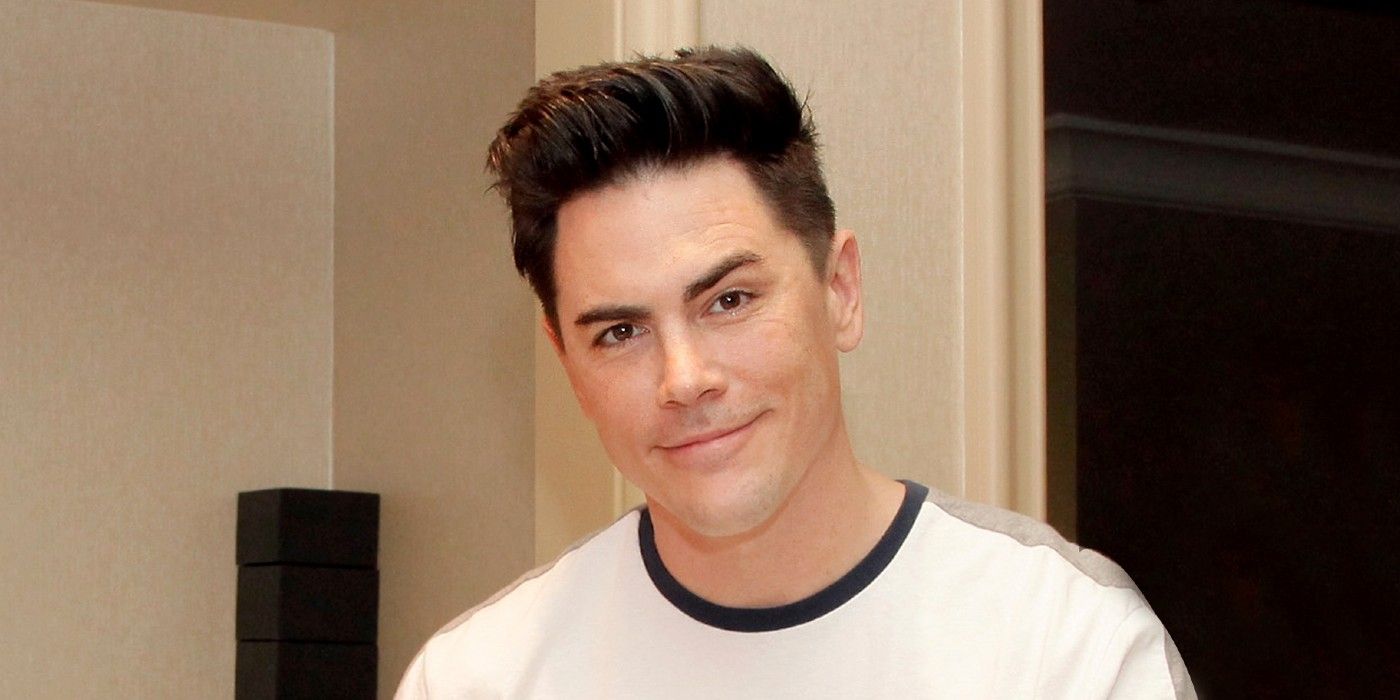 After the departure of many original cast members, Vanderpump Rules star Tom Sandoval revealed the change has been an improvement to the series.

Tom Sandoval from Vanderpump Rules opened up about filming season 9 without the original cast, revealing a smaller group improves the quality of the show. A spin-off of The Real Housewives of Beverly Hills, Vanderpump Rules follows Lisa Vanderpump and the staff of her restaurant, SUR. Soon airing its ninth season, the Bravo show will follow an expanded restaurant franchise with a smaller main cast.

Last year saw many explosive changes to the Vanderpump Rules crew. After past racially insensitive tweets and actions resurfaced, Stassi Schroeder, Kristen Doute, Max Boyens, and Brett Caprioni were all fired from the show. Soon after, Dayna Kathan made the decision to leave after only one season. Rounding out the changes, newlyweds Jax Taylor and Brittany Cartwright announced they would not be returning for another season. With so many departures coinciding with a filming hiatus due to the COVID-19 pandemic, questions arose about what the future of the series would look like.

Despite the absence of most original castmates, Tom Sandoval believes the changes have been an improvement for Vanderpump Rules. Speaking with US Weekly alongside his fellow castmate and TomTom business partner Tom Schwartz, the Toms dished on what it was like filming season 9 without their fellow day ones. “When you go from having, like, 20 something castmates to basically 12, it’s an adjustment,” Sandoval admitted, noting that the change has allowed the show to “go a little bit deeper with each person versus having to kind of skate on the surface.“

Previous seasons let a lot of things “slip through the cracks” because of the large cast, according to Sandoval. But now that the group is smaller, “we’re more involved, it’s deeper.” Fans will also be introduced to some new faces on the show. “I think it will be fun for the audience to get to know Brock [Davies]. He’s such a big personality,” Tom Schwartz said about Scheana Shay’s new fiancé. He also teased that viewers will have some more time with cast members who may have previously taken a backseat. “The audience got acquainted with her season 8, but you’ll get to know Charlie [Burnett] more,” he said.

The Toms also revealed they still see some of their former castmates outside of the show. Schwartz and his wife, Katie Maloney, are still friends with Stassi, who welcomed her first child this year with former cast member Beau Clark. As for Jax Taylor, with whom Tom Sandoval has had a complicated friendship, Sandoval is a bit reserved with where they stand: “We’re cool. I don’t talk to him as much. … They’re busy, we’re busy.“

Last year’s changes will undoubtedly impact the latest season of Vanderpump Rules. Now that there is a smaller cast with only a few remaining original members, we may see a revitalized franchise. In addition to the promise of new storylines and juicy drama, Tom Sandoval teases that there will be “three firsts for Bravo” in the newest season. Viewers will just have to wait and see what those will be when season 9 of Vanderpump Rules premieres on September 28 on Bravo.

Next: Vanderpump Rules: New Moms Reunite With Their Babies For The First Time

Kaylee Barnes is a Reality TV Writer for Screen Rant. Since graduating with a BA in French Literature (for some odd reason), she has been exploring her creative versatility. Currently residing in Los Angeles, Kaylee spends her free time binging television shows, writing comedy scripts, and investing in local politics.

These are the top five iPhone 13 deals you can…