To watch a comet form, a spacecraft could tag along for a journey toward the sun 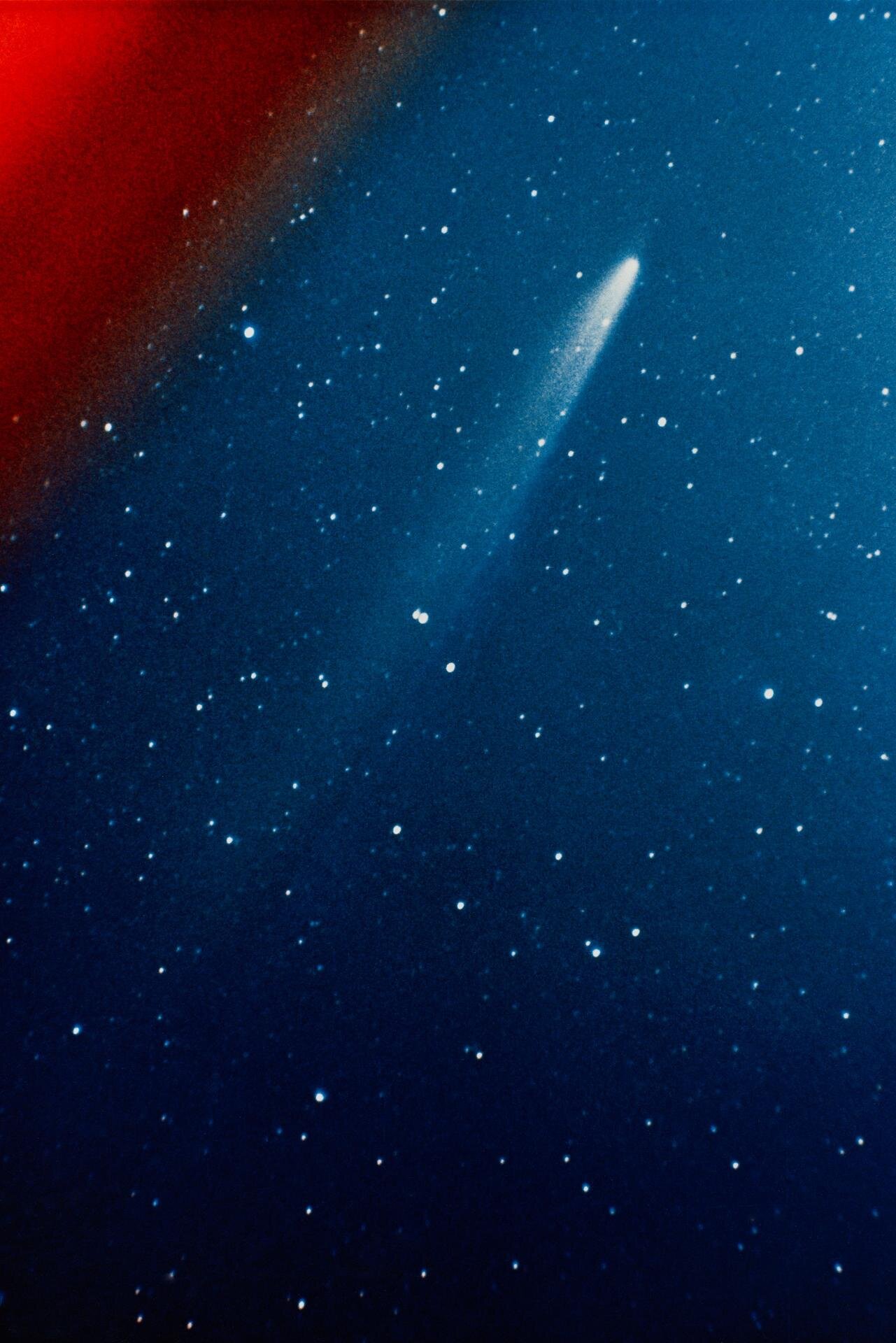 Deep in the solar system, between Jupiter and Neptune, lurk thousands of small chunks of ice and rock. Occasionally, one of them will bump into Jupiter’s orbit, get caught and flung into the inner solar system—towards the sun, and us.

This is thought to be the source of many of the comets that eventually pass Earth. A new study lays out the dynamics of this little-understood system. Among the findings: it would be doable for a spacecraft to fly to Jupiter, wait in Jupiter’s orbit until one of these objects gets caught in the planet’s gravity well, and hitch a ride with the object to watch it become a comet in real time.

“This would be an amazing opportunity to see a pristine comet ‘turn on’ for the first time,” said Darryl Seligman, a postdoctoral researcher with the University of Chicago and corresponding author of the paper, which is accepted to The Planetary Science Journal. “It would yield a treasure trove of information about how comets move and why, how the solar system formed, and even how Earth-like planets form.”

Thanks in part to discoveries of several major asteroid belts, scientists over the last 50 years have revamped their theories of how our solar system came to be. Rather than big planets quietly evolving in place, they now envision a system that was much more dynamic and unstable—chunks of ice and rock scattered and smashing into each other, re-forming and moving around within the solar system.

Many of these objects eventually coalesced into the eight major planets, but others remain loose and scattered in several regions of space. “These minor bodies show you the solar system is actually this very dynamic and almost living place that’s constantly in a state of flux,” said Seligman.

Scientists are very familiar with the asteroid belt near Mars, as well as the larger one out past Neptune called the Kuiper belt. But between Jupiter and Neptune, there lurks another, lesser-known population of objects called the centaurs (named after the mythical hybrid creatures due to their classification halfway between asteroids and comets).

Occasionally, these centaurs will get sucked into the inner solar system and become comets. “These objects are very old, containing ice from the early days of the solar system that has never been melted,” said Seligman. “When an object gets closer to the sun, the ice sublimates and produces these beautiful long tails.

“Therefore comets are interesting not only because they’re beautiful; they give you a way to probe the chemical composition of things from the distant solar system.”

In this study, scientists examined the centaur population and the mechanisms by which these objects occasionally become comets bound for the sun. They estimate that about half of the centaurs-turned-comets are nudged into the inner solar system by interacting with both Jupiter and Saturn’s orbits. The other half come too close to Jupiter, then get caught in its orbit and flung toward the center of the solar system.

The latter mechanism suggested a perfect way to get a better look at these soon-to-be comets: Space agencies, the scientists said, could send a spacecraft to Jupiter and have it sit in orbit until a centaur bumps into Jupiter’s orbit. Then the spacecraft could hitch a ride alongside the centaur as it heads toward the sun, taking measurements all the way as it transforms into a comet.

This is a beautiful but destructive process: A comet’s beautiful tail is produced as its ice burns off as the temperature rises. The ice in comets is made up of different kinds of molecules and gases, which each start to burn up at different points along the way to the sun. By taking measurements of that tail, a spacecraft could learn what the comet was made up of. “You could figure out where typical comet ices turn on, and also what the detailed internal structure of what a comet is, which you have very little hope of figuring out from ground-based telescopes,” Seligman said.

Meanwhile, the surface of the comet erupts as it heats up, creating pockmarks and craters. “Charting all of this would help you understand the dynamics of the solar system, which is important for things like understanding how to form Earth-like planets in solar systems,” he said.

While the idea sounds complicated, NASA and other space agencies already have the technology to pull it off, the scientists said. Spacecraft routinely go to the outer solar system; NASA’s Juno mission, currently taking wild photos of Jupiter, only took about five years to get there. Other recent missions also show that it’s possible to visit objects even as they’re moving: OSIRIS-REx visited an asteroid 200 million miles away, and Japan’s Hayabusa 2 spacecraft brought back a handful of rocks from another asteroid.

There’s even a possible target: A year and a half ago, scientists discovered that one of the centaurs, called LD2, will likely be sucked into Jupiter’s orbit in about the year 2063. And as telescopes become more powerful, scientists may soon discover many more of these objects, Seligman said: “It’s very possible there would be 10 additional targets in the next 40 years, any of which would be attainable by a spacecraft parked at Jupiter.”

Moreover, Seligman said, “We have records of comets dating back thousands of years; how cool would it be to see how that happens up close?”

Is new finding an asteroid or a comet? It’s both

More information:
“A Sublime Opportunity: The Dynamics of Cometary Bodies Transitioning into the Inner Solar System and the Feasibility of In Situ Observations of The Evolution of Their Intense Activity.” Seligman, Kratter, Levine, and Jedicke, Planetary Science Journal, Accepted for publication.
Provided by
University of Chicago

Citation:
To watch a comet form, a spacecraft could tag along for a journey toward the sun (2021, October 13)
retrieved 13 October 2021
from https://phys.org/news/2021-10-comet-spacecraft-tag-journey-sun.html

Snapchat is down, which could ruin its recent surge in popularity

Why ‘Leaves On The Line’ Cause Problems For Trains

The planet that survived the death of its star