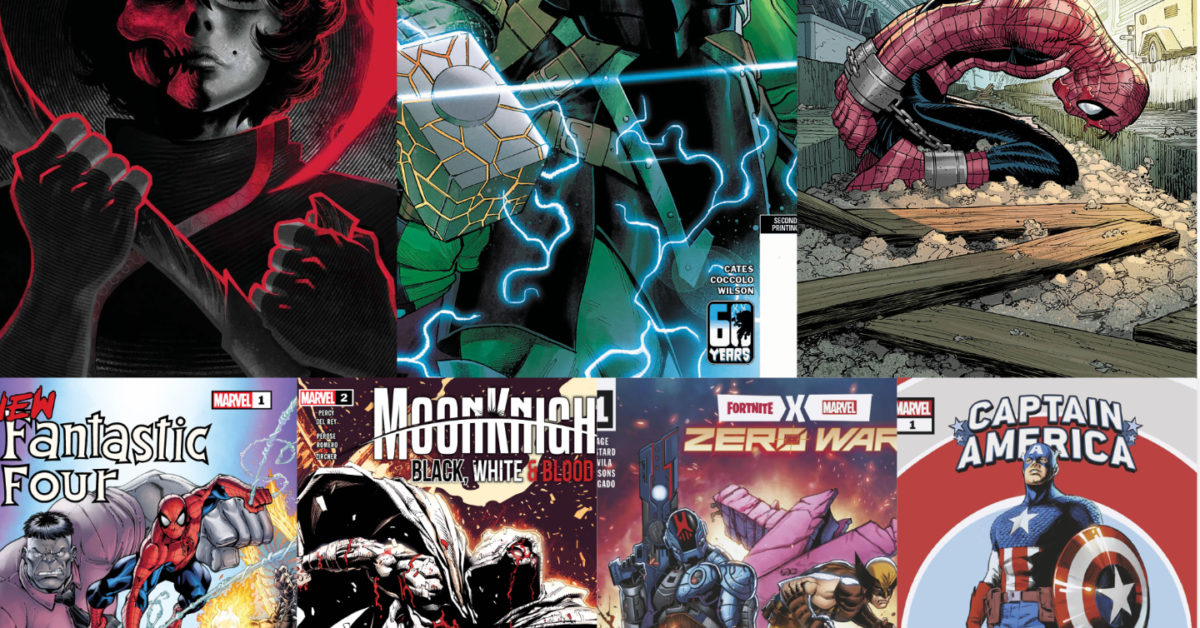 PrintWatch: Thor #26, Amazing Spider-Man #3, New Fantastic Four #1, Captain America: Sentinel Of Liberty #1, Moon Knight: Blood White And Blood #2 get second prints, and we get a look at the download-less Marvel X Fortnite: Zero War #1 second printing and Grim #1 gets a look at its 4th printing. 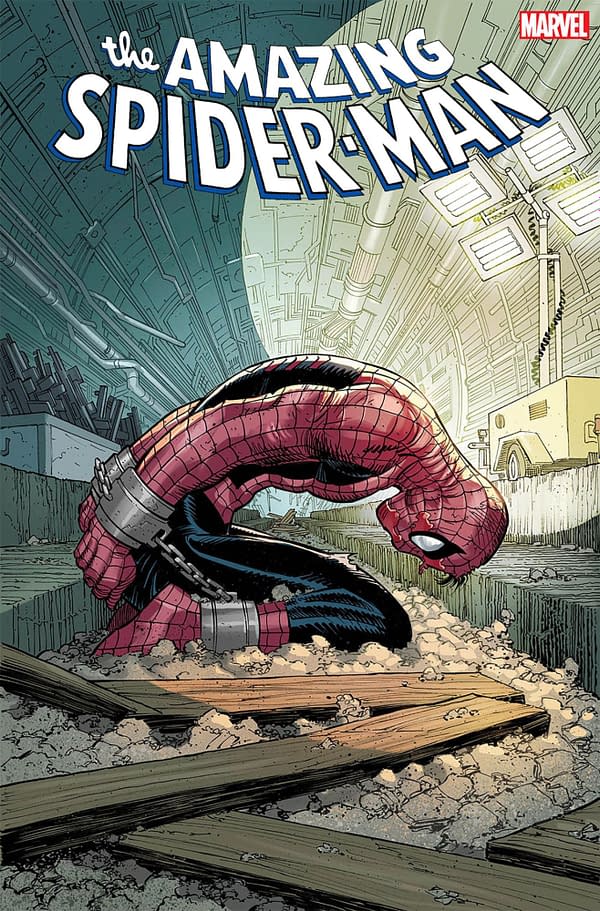 PrintWatch: AMAZING SPIDER-MAN 3 ROMITA JR. 2ND PRINTING VARIANT
(W) Zeb Wells (A/CA) John Romita
• I know that this is just #3, but did you notice that it’s LGY #897? That means something big is RIGHT AROUND THE CORNER!
•  There are things you don’t know about Tombstone.
•  Neither you, nor Spider-Man, will ever forget them.
RATED T+In Shops: Aug 3, 2022 SRP: $3.99 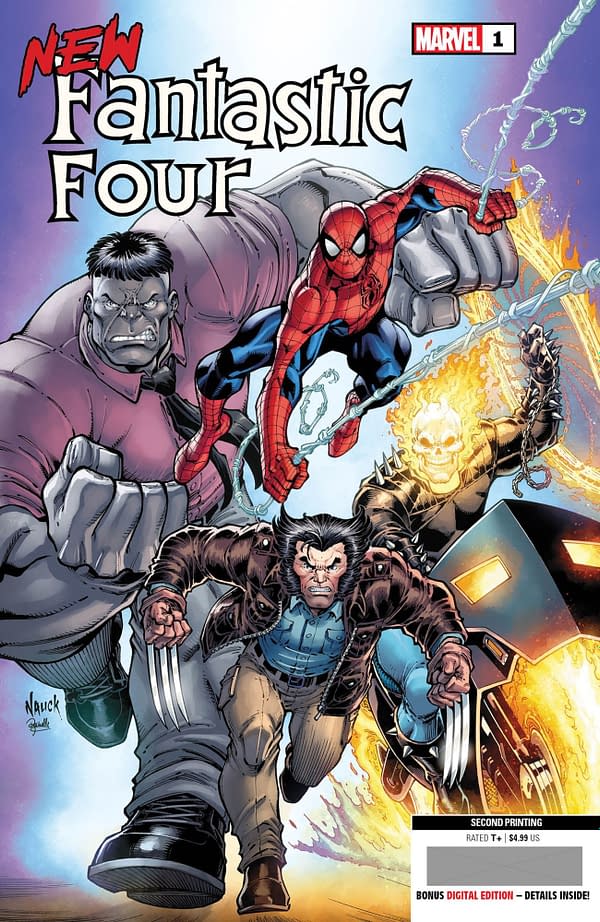 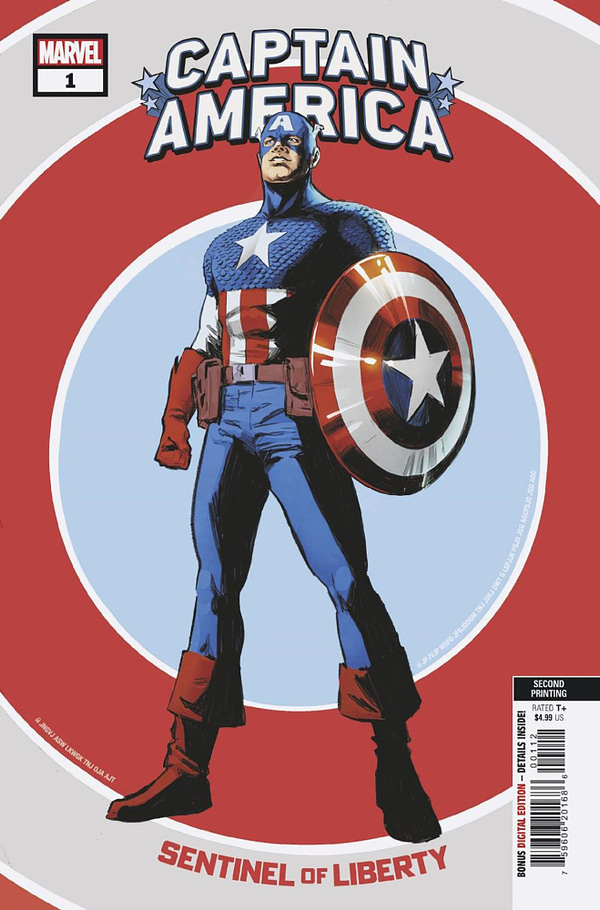 PrintWatch: CAPTAIN AMERICA: SENTINEL OF LIBERTY 1 CARNERO 2ND PRINTING VARIANT
(W) Collin Kelly (A/CA) Carmen Carnero
“The shield isn’t what you think. It’s not your symbol. It’s theirs.”
The shield is one of the most iconic images in the world. It stands for hope, justice and the protection of the innocent. It also holds a secret, undiscovered until now, that will change the way Steve Rogers views the 20th century…and how he chooses to fight in the 21st.
Nothing is what it appears in this game-changing Captain America run by Jackson Lanzing and Collin Kelly (KANG THE CONQUEROR) and Stormbreaker Carmen Carnero (MILES MORALES: SPIDER-MAN, CAPTAIN MARVEL, STAR).
RATED T+In Shops: Aug 3, 2022 SRP: $4.99 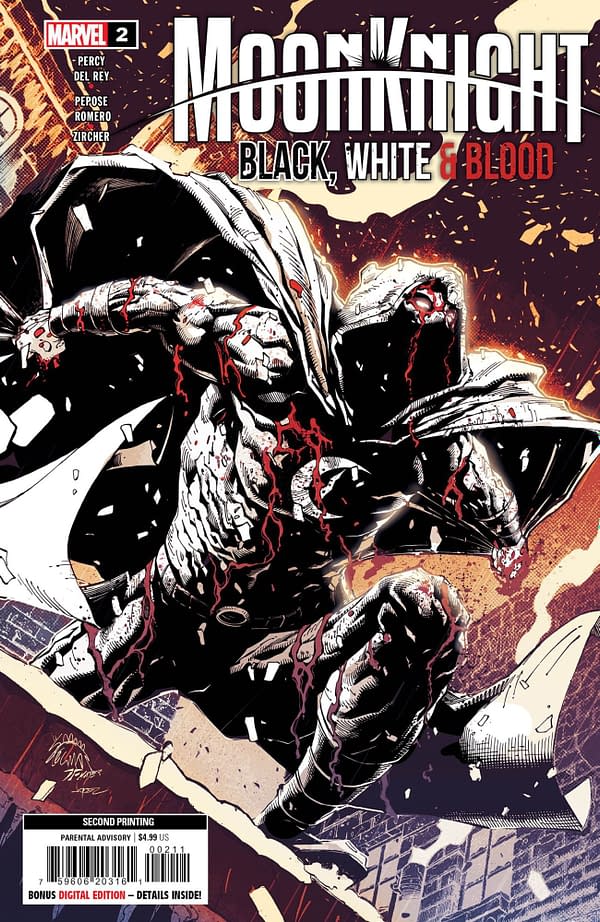 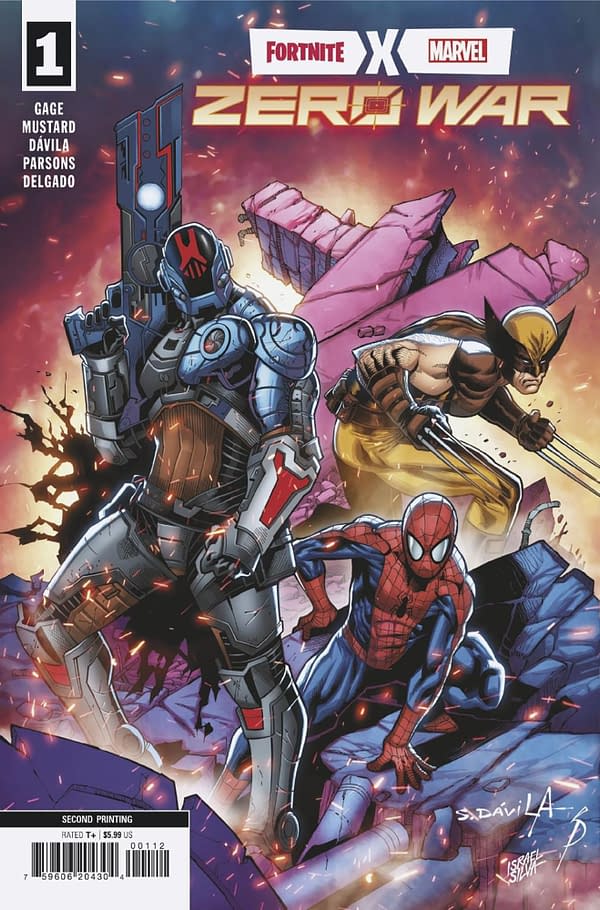 PrintWatch: FORTNITE X MARVEL: ZERO WAR 1 DAVILA 2ND PRINTING VARIANT
(W) Christos Gage (A/CA) Sergio Davila
THE MARVEL UNIVERSE COLLIDES WITH FORTNITE!
The inhabitants on the Island are locked in what seems like a never-ending war, and only one thing has the potential to turn the tide – a crystallized fragment of the Zero Point that was cast into the Marvel Universe. Spider-Man and Wolverine team up with several Fornite fighters and new recruit Shuri to hunt down the elusive Zero Shard. Will these allies be able to find it in time and avert catastrophe? And can the heroes of the Marvel and Fortnite realities hold off the Imagined Order long enough to give them a fighting chance?
Epic Games’ Chief Creative Officer, Donald Mustard, teams up with veteran Marvel writer Christos Gage (SPIDER-GEDDON, AVENGERS ACADEMY) and artist Sergio Dávila (CAPTAIN MARVEL) for a five-part crossover event with enormous ramifications for both universes! (The 2nd printing does not include a digital download.)
RATED T+In Shops: Jul 29, 2022 SRP: $5.99 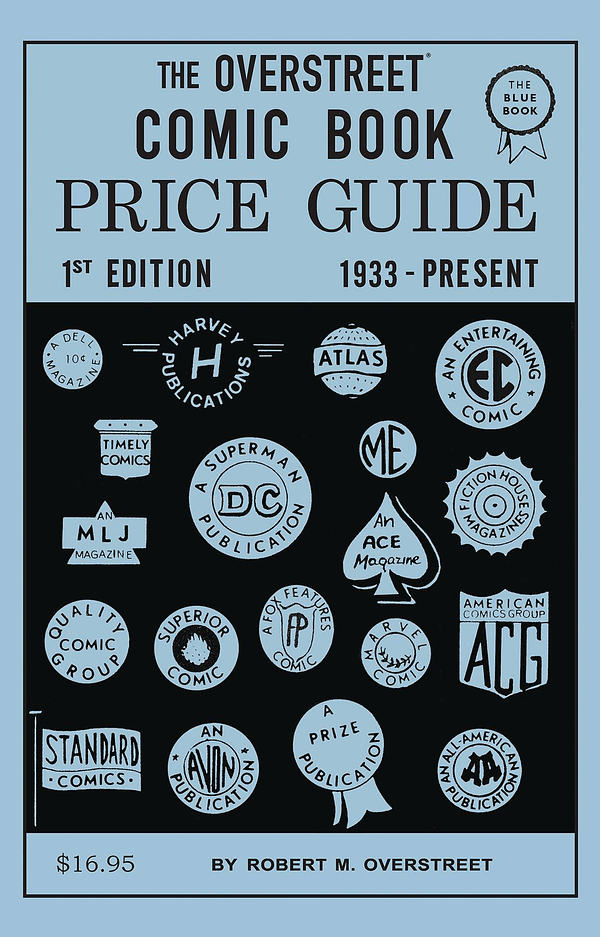 PrintWatch:  OVERSTREET CBPG #1 2ND PTG SC FACSIMILE ED (DEC201495)
GEMSTONE PUBLISHING
JUN221582
(W) Robert M. Overstreet
The celebration of The Overstreet Comic Book Price Guide’s landmark 50th anniversary continues with this special facsimile edition of the famous, rare blue cover edition, the second printing of the first Guide from 1971, complete with minor corrections and additional vintage advertisements. When the first printing sold out, the Guide was on its way to becoming The Bible of serious comic book collectors, dealers and historians. High grade copies of Overstreet #1 go for thousands of dollars, but now here’s your chance to get a beautiful facsimile edition, complete with the original price listings and more!  In Shops: Jul 13, 2022 SRP: $16.95 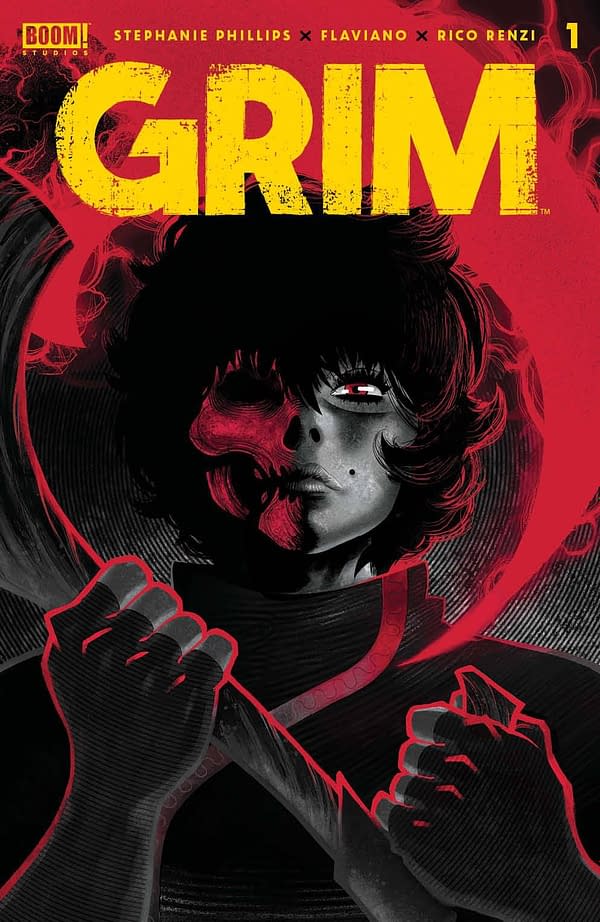 PrintWatch: GRIM #1 4TH PTG FLAVIANO
BOOM! STUDIOS
MAY228127
(W) Stephanie Phillips (A/CA) Flaviano
Jessica Harrow is dead. But her journey has only just begun! Discover the world of the afterlife, where Jessica has been recruited as a Reaper, tasked with ferrying countless souls to their final destination. But unlike the rest of the Reapers, she has no memory of what killed her and put her into this predicament. In order to unravel the mystery of her own demise, she’ll have to solve an even bigger one – where is the actual GRIM REAPER? From acclaimed writer Stephanie Phillips (Harley Quinn) and fan favorite artist Flaviano (New Mutants) comes a bold new vision of what comes after, and the nature of death itself!In Shops: Jul 20, 2022 Final Orders Due: Jun 27, 2022 SRP: $3.99 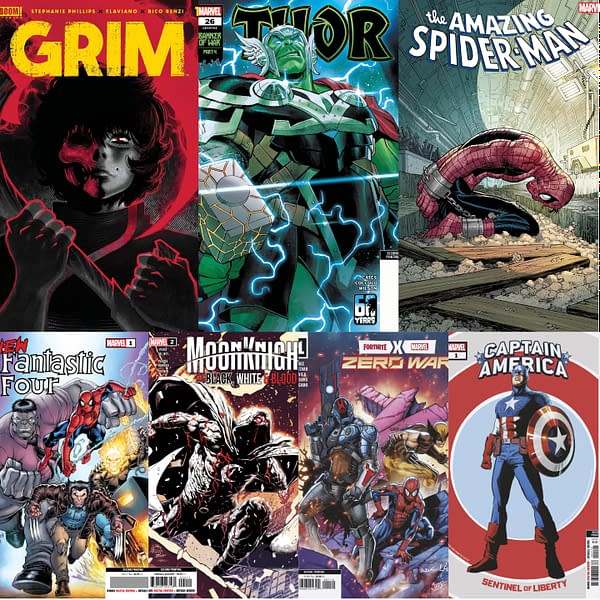 Netflix Games snags ‘Into The Breach’ as a mobile exclusive

Here’s Where You Can Stream Last Night in Soho