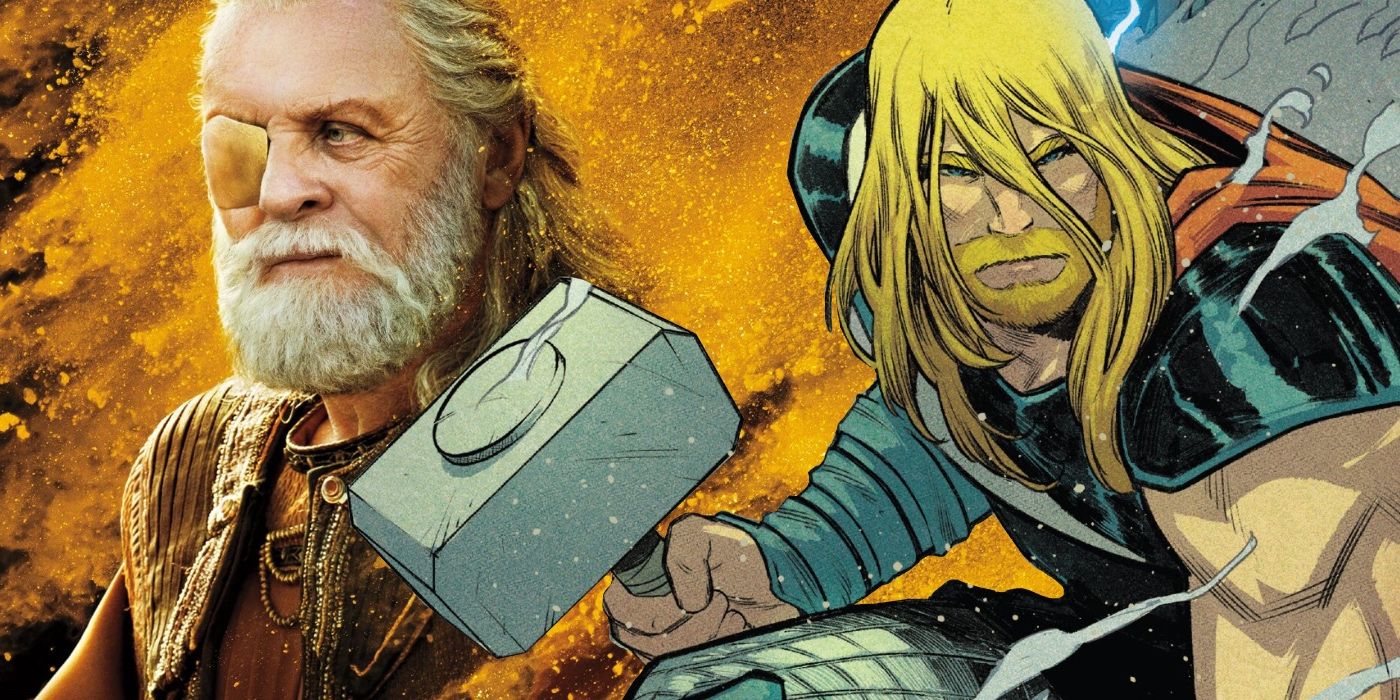 In the latest issue of Marvel’s Thor, a big reason why the God of Thunder and Odin have issues is revealed due to the Asgardians’ perceptions of time.

Warning! Spoilers ahead for Thor #15

In the latest issue of Marvel Comics’ Thor, the God of Thunder reveals one of the biggest reasons he’s had hatred for his father Odin. Due to his recent struggles with his mighty hammer Mjolnir, Thor has left his throne as Asgard’s new king to visit Earth and speak with Steve Rogers’ Captain America. As they talk, Thor reveals his how he perceives time due to his status as an immortal being, and it plays a large factor into the reasons why he and the former All-Father were often at odds, especially when it came to his love for Midgard and its heroes.

The God of Thunder has actually been King of Asgard since the War of the Realms ended, which saw Odin finally ceding the throne to his powerful son. However, Thor’s rule has been a wild ride thus far, and all the while he’s been struggling with his hammer as it gets heavier and harder to wield. That being said, Thor has finally figured out why that is in Thor #15 from writer Donny Cates and artist Michele Bandini, and he travels to Earth to share what he’s learned with Captain America, a fellow warrior who was worthy enough to lift Mjolnir in comics past.

Related: The Origin Of Thor’s ‘Brother’ Bill is More Horrifying Than Fans Realize

While the reveal that Thor’s new role as king is what’s causing problems with his hammer is interesting, his confession to Captain America about how to perceives the flow of time is equally intriguing. According to Thor, the Avengers’ recent battle against Knull the Symbiote God in Marvel’s King in Black feels like the memory of a single second. Likewise, the Son of Odin recalls all of his adventures with the Avengers “as a mortal recalls what he had for breakfast a year ago“. As a result, Thor then says that every that every time he returns to Earth, he’s always grateful that all of his allies and friends are still alive, so it makes sense that he would feel some bitterness towards his father Odin every time he sent him away from the world and people he loves so much:

It’s no wonder that Thor and Odin often fought, especially considering how fleeting mortals’ lives are in the eyes of the God of Thunder. Likewise, it makes sense why Odin would have seen Thor’s love of Earth as trivial. However, every time Odin sent him away to fight in his name was a time where Thor had no idea if his allies and friends had simply died due to old age and the passage of time. While Odin and Thor do share similar values of honor and loyalty, this new reveals proves that Thor will always be just a little bit bitter towards his father for pulling him away from Earth so often.

While Thor has a deep love for Midgard, his existence as an immortal being makes every moment he has with the bonds and friendships he’s formed incredibly meaningful. Lifetimes for them feel like hours to the new King of Asgard. That being said, Odin no longer sits on the throne of Asgard. Thor does, meaning he now has plenty of responsibilities to keep him away from Earth even without his father ordering him to fight for him across the Ten Realms, making his current status quo quite tragic as Asgard’s new king.

Hulk’s Son Is Stronger Than Galactus (And His Father)

Kevin Erdmann is one of Screen Rant’s staff writers. With a major in Cinema Studies and a minor in Comics and Cartoon Studies from the UofO, Kevin is pretty sure he’s writing for the right site. While Kevin is a huge Marvel fan, he also loves Batman because he’s Batman and is a firm believer that Han shot first. Disney also shares a big part of his fan patronage. Kevin lives in Oregon with his wonderful wife and sinister cat who is no doubt currently plotting his demise.