This Scientist Helps Andean Forests And Ecuador’s Women In STEM 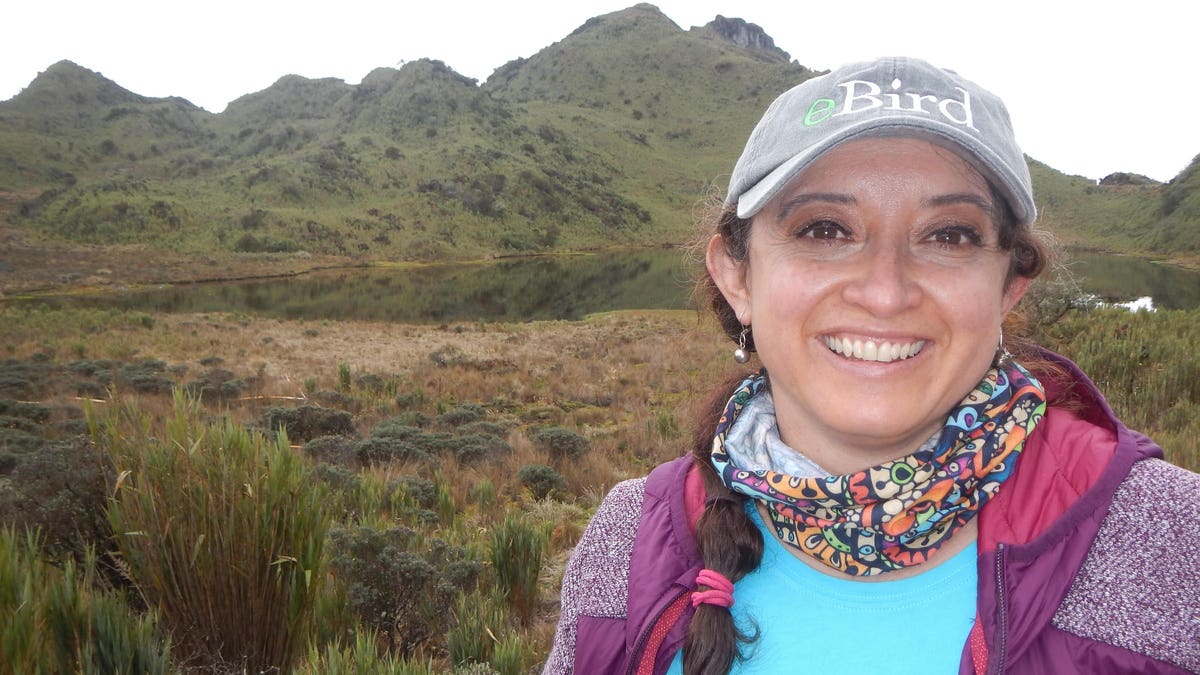 Biologist María Claudia Segovia Salcedo is not only helping to create a seed bank of Andean mountain plants, she is also planting the seeds for a more inclusive environment for women in STEM in Ecuador.

Segovia, an associate professor at the University of the Armed Forces (ESPE) in Ecuador and Co-founder of the Ecuadorian Network of Women Scientists, says her work focuses on Polylepis, a genus of woody shrubs and trees in the same family as roses.

“At this moment I am working on the creation of a seed bank of Andean plants in Ecuador with a view to their conservation and management,” she says, adding this was part of the German-Ecuadorian Biodiversity Consortium.

“This project also includes creating a database of genetic code that will help us to know our diversity and at the same time discover new species, control illegal traffic, among others,” she says.

Segovia says her involvement in the project began when she was invited to meetings with NGOs and public institutions in Ecuador to define lines of research in biodiversity, thanks to her work in Andean forests, forests of the Polylepis genus.

“I call them enchanted forests,” she said.

Segovia says that from that point she began to work with organisations such as Fonag, the water fund for Quito.

“The biggest challenge has been the lack of internal support from my institution, as there is neither the structure nor the vision to manage external funds,” she says, “On the other hand, the opportunities are enormous: generation of new knowledge for household plans, training in new techniques, master’s and doctorates for researchers, implementation of laboratories with new equipment, among others.”

In addition to her scientific work, in 2016 Segovia also co-founded the Ecuadorian Network of Women Scientists (REMCI), which now counts more than 400 scientists as members, organized across 15 nodes in different parts of the country, including the Galapagos.

“Regarding the challenges, I think they are the same that women in science in the world face with certain areas with greater impact due to the situation in each country,” she says, “Ecuador is an extremely diverse country both biologically and culturally with little scientific and technological development, high rates of violence and extremely conservative where the presence of women in science is not motivated because science itself is not valued.”

From Southern Ecuador To The Global South

Segovia was born in the southern Ecuadorian town of Cuenca, but grew up and went to school in Quito.

“Looking back I always liked to collect, organize and store things from nature (feathers, rocks, leaves) when I was little, but I don’t remember a Eureka moment as such,” she says.

Segovia then went on to study her undergraduate degree in biology at the Pontificia Universidad Católica del Ecuador, a master’s degree from the University of Ohio in Plant Biology and Environment, and her PhD at the University of Florida in Plant Evolution and Conservation.

“I have now studied Andean forests for more than 10 years with an emphasis on Polylepis,” she says.

Segovia says that researchers from the Global working to benefit the Global South are doing important science.

“We can respond to our problems and needs and not to imposed questions,” she says, adding that local scientists have a deeper understanding of their own history and idiosyncrasies so they can better connect with local people.

“At the same time, our presence helps empower new generations of scientists in our countries,” she says, “By generating scientific data from our countries of the Global South we can also contribute to changes in our public policies with internal and local perspectives, while with external visions it is very difficult to achieve.”

Another biologist working in Ecuador is Juan Pablo Jordán, who conquered his childhood fear of spiders to become a spider scientist.

Now he is helping to document his country’s wide variety of spiders before they disappear forever.

Denial of responsibility! TechCodex is an automatic aggregator of the all world’s media. In each content, the hyperlink to the primary source is specified. All trademarks belong to their rightful owners, all materials to their authors. If you are the owner of the content and do not want us to publish your materials, please contact us by email – [email protected]. The content will be deleted within 24 hours.
AndeanBiodiversityEcuadorglobalsouthsciencePolylepisPontificia Universidad Católica del EcuadorScienceUniversity of Ohio
0
Share

Bayonetta 3 may ‘share a feature’ with Scalebound, says ex-PlatinumGames dev

Buccaneers vs Rams live stream: how to watch NFL online from anywhere