This Roblox version of Winnie the Pooh hungers for flesh 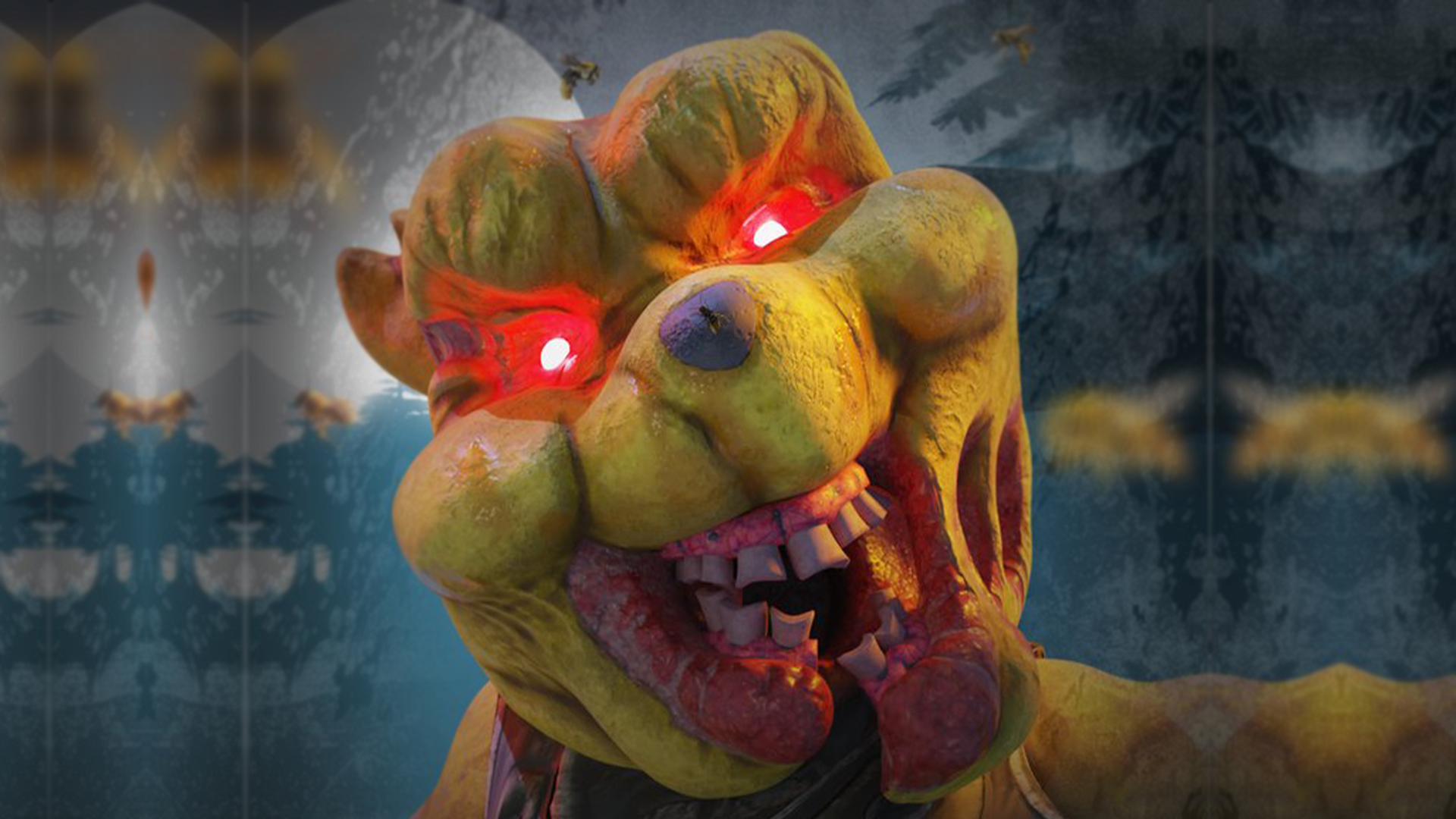 Winnie the Pooh might be one of the century’s most beloved children’s characters, but that won’t stop Roblox game makers from desecrating the loveable bear’s legacy. One studio has revealed a teaser of a Roblox experience starring a flesh-eating version of good old Pooh bear.

Wonder Works Studio, which primarily develops games for Roblox, debuted the teaser for its forthcoming horror game titled “Pooh” via Twitter on July 29. The short clip features audio of someone begging another to stop punishing others, to which a familiar Pooh-style voice replies in a sinister voice, “They’re going to taste so good with my fresh honey.” A glowing-eyed bear figure then pops up, giving players a glimpse at the game’s core character.

Winnie the Pooh entered the public domain on January 1, allowing the public to use the likeness of the characters from the original story in their creations. As a beloved staple worldwide, it was only a matter of time before someone would use this as an opportunity to reimagine the children’s character as a deranged beast.

Horror games featuring sinister takes on anthropomorphic or nostalgia-driven characters are not unusual. The hit series Five Nights at Freddy‘s features animatronic creatures akin to the mechanical band at Chuck E. Cheese. More recently, horror fans met Huggy Wuggy in Poppy Playtime, a game where players must escape from a toy factory while being chased by the monstrous being. With so much excitement around the juxtaposition between childhood nostalgia and the horror genre, it is no surprise that the Wonder Works team took a cue from its predecessors by bringing a psychotic Pooh to Roblox.

The game also appears to draw inspiration from Piggy, which is among the most popular games on Roblox. Piggy, which Robloxians have visited more than 10 billion times, was initially intended as a parody of the Peppa Pig franchise. After encountering legal challenges, the game’s creator, MiniToon, removed copyright content to keep the game alive. The escape room-style experience features large toyish characters that follow trapped Robloxians, who must solve puzzles to escape safely. The game also features several in-game Easter eggs and even won the Bloxy Award for Game of the Year in 2021.

The upcoming Pooh game is just the newest from Wonder Works Studio, which also developed Overlook Bay and TIMMEH!, built in collaboration with YouTube streamer KreekCraft. While most people think of Roblox games as simple with little graphic fidelity, Wonder Works is breaking the mold by pushing the limits of game design and graphical quality within the platform. The approach aligns with Roblox’s vision of giving creators the tools they need to develop more elaborate and graphically-rich games in what also appears to be a push to attract an older audience. Recently, the company released a suite of new materials textures and layered clothing options for avatars.

Coincidentally, there’s also an unrelated Winnie the Pooh horror movie in the works, according to Variety. The film “Winnie the Pooh: Blood and Honey,” will feature Pooh and Piglet going on a bloody rampage.

Currently, there’s no scheduled release date for “Pooh.” However, if you’re looking for something new to play in the meantime, check out our list of the best Roblox games in 2022.