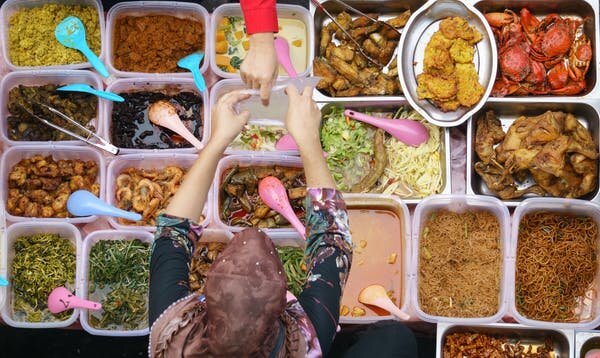 The desire by people in richer countries for a diverse range of out-of-season produce imported from overseas is driving up global greenhouse gas emissions, our new research has found.

It reveals how transporting food across and between countries generates almost one-fifth of greenhouse gas emissions from the food sector—and affluent countries make a disproportionately large contribution to the problem.

Although carbon emissions associated with food production are well documented, this is the most detailed study of its kind. We estimated the carbon footprint of the global trade of food, tracking a range of food commodities along millions of supply chains.

Since 1995, worldwide agricultural and food trade has more than doubled and internationally traded food provides 19% of calories consumed globally. It’s never been clearer that eating local produce is a powerful way to take action on climate change.

A web of food journeys

The concept of “food miles” is used to measure the distance a food item travels from where it’s produced to where it’s consumed. From that, we can assess the associated environmental impact or “carbon footprint.”

Globally, food is responsible for about 16 billion tons of greenhouse gas emissions each year—or about 30% of total human-produced carbon emissions. The sources of food emissions include transport, land-use change (such as cutting down trees) and the production process.

Our study used an accounting framework we devised in an innovative platform called the FoodLab. It involved an unprecedented level of detail, spanning:

We found global food miles emissions were about 3 billion tons each year, or 19% of total food emissions. This is up to 7.5 times higher than previous estimates.

Some 36% of food transport emissions were caused by the global freight of fruit and vegetables—almost twice the emissions released during their production. Vegetables and fruit require temperature-controlled transport which pushes their food miles emissions higher.

A number of large and emerging economies dominate the world food trade. China, Japan, the United States and Eastern Europe are large net importers of food miles and emissions—showing food demand there is noticeably higher than what’s produced domestically.

The largest net exporter of food miles was Brazil, followed by Australia, India and Argentina. Australia is a primary producer of a range of fruits and vegetables that are exported to the rest of the world.

In contrast, low-income countries with about half the global population cause only 20% of food transport emissions.

We acknowledge that some parts of the world cannot be self-sufficient in food supply. International trade can play an important role in providing access to nutritious food and mitigating food insecurity for vulnerable people in low-income countries.

But there is much scope to reduce food transport emissions, especially in richer countries. Potential measures include:

Consumers also have the power to reduce food transport emissions by adopting a more sustainable diet. For instance, next time you go to buy fruit out of season—which may have been grown overseas or on the other side of the country—perhaps consider whether a local alternative might do.

The problem of food transport emissions will only worsen as the global population grows. Governments, corporations and everyday people must work together to ensure the production and consumption of food does not make climate change worse.

Fifth of global food-related emissions due to transport, research finds