The secret lives of mites in the skin of our faces 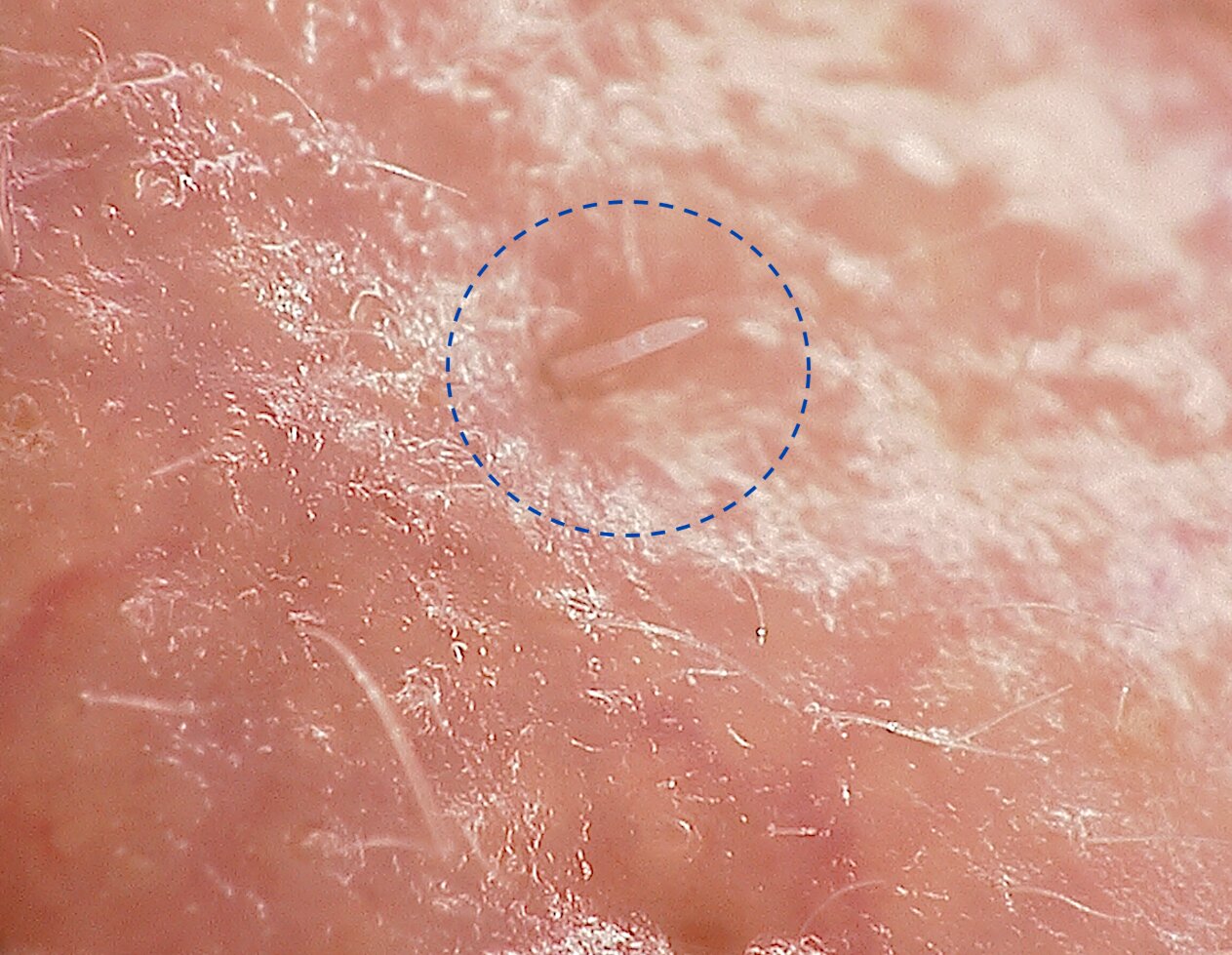 Microscopic mites that live in human pores and mate on our faces at night are becoming such simplified organisms, due to their unusual lifestyles, that they may soon become one with humans, new research has found.

The mites are passed on during birth and are carried by almost every human, with numbers peaking in adults as the pores grow bigger. They measure around 0.3 mm long, are found in the hair follicles on the face and nipples, including the eyelashes, and eat the sebum naturally released by cells in the pores. They become active at night and move between follicles looking to mate.

The first ever genome sequencing study of the D. folliculorum mite found that their isolated existence and resulting inbreeding is causing them to shed unnecessary genes and cells and move towards a transition from external parasites to internal symbionts.

Dr. Alejandra Perotti, Associate Professor in Invertebrate Biology at the University of Reading, who co-led the research, said, “We found these mites have a different arrangement of body part genes to other similar species due to them adapting to a sheltered life inside pores. These changes to their DNA have resulted in some unusual body features and behaviors.”

The in-depth study of the Demodex folliculorum DNA revealed:

Dr. Henk Braig, co-lead author from Bangor University and the National University of San Juan, said, “Mites have been blamed for a lot of things. The long association with humans might suggest that they also could have simple but important beneficial roles, for example, in keeping the pores in our face unplugged.”

These are Junker Queen’s ‘berserker’ tank abilities for Overwatch 2