The Science Of Painting With Egg Yolk 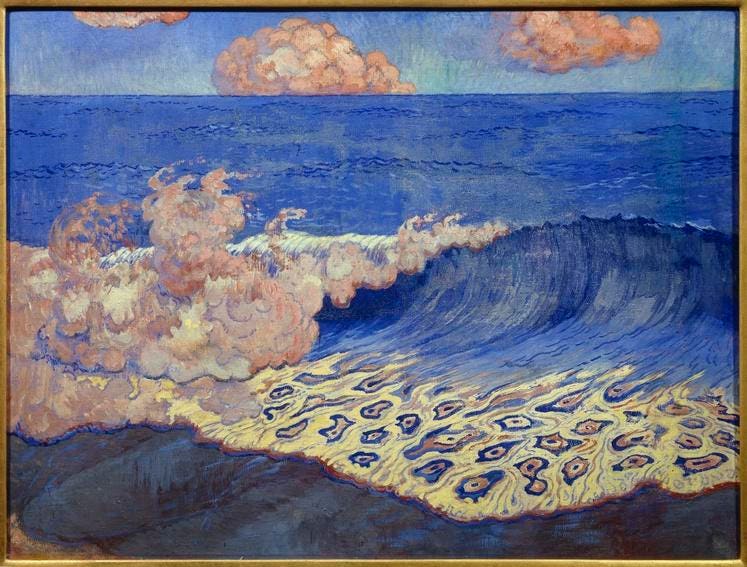 For thousands of years, artists have used a surprising ingredient in their paints: egg yolk. This type of paint, called egg tempera, has been found in ancient Egyptian mummy portraits, medieval Italian panel paintings and many other art works from around the world. This egg yolk-based paint doesn’t spread as much as other paints and it dries very quickly so it can be used to create intricate details. But despite being part of artists’ toolkits for centuries, there’s still a lot to learn about the science of painting with egg yolk.

One of the mysteries of egg tempera is why it maintains its color so well. Even in paintings that are several centuries old, the pigments have largely kept their original colors when the artists mixed them with egg yolk.

In one research study from last year, chemists from the University of Jaén in Spain exposed different paint samples to UV light to see how they would respond. One set of their test samples was a series of pigments prepared in a mixture of egg yolk and linseed oil – a classic egg tempera recipe. After UV radiation the scientists could see some changes in the lipids of the egg yolk, but crucially most of the colors in the egg tempera samples were unaffected.

It’s not clear what makes egg tempera so successful at keeping its color, but understanding this better could help art conservationists preserve paintings made with this technique. Another aspect of this method that scientists haven’t quite figured out is the physics of the “stretchiness” of the paint. Mixing pigments with egg yolk and another component (like water or oil) produces a very elastic paint that has a different texture from other types of paints.

A possible step towards understanding the physics of egg tempera a little bit better came late last year, when researchers from the Sorbonne University in Paris published a paper describing some of the physical and chemical characteristics of egg tempera. Using a tempera made of green earth pigments, they showed that the pigment forms a network with the proteins in the egg yolk which creates a stretchy structure that’s very different from the much looser interaction between pigment and water molecules. That’s useful information for art historians or art restoration experts who are working with pieces created using this method. Still, this only explains one aspect of this painting technique, and a lot of the chemistry of egg tempera remains to be studied.

For these experiments, the researchers made their own egg tempera. It’s very easy to do and there are several recipes online for an easy at-home egg tempera mixture. For example, the Royal Academy recommends adding 5 teaspoons of water to an egg yolk and mixing this with dry pigments you have around the house, such as chalk, make-up or spices.

So if you’ve found yourself with too many eggs this Easter weekend, consider using them to get creative with egg tempera and be part of an ancient art tradition that still holds a surprising number of scientific secrets.

Denial of responsibility! TechCodex is an automatic aggregator of the all world’s media. In each content, the hyperlink to the primary source is specified. All trademarks belong to their rightful owners, all materials to their authors. If you are the owner of the content and do not want us to publish your materials, please contact us by email – [email protected]. The content will be deleted within 24 hours.
ArtartistChemistryegg temperaegg yolkeggspaintingPhysics
0
Share