The quest for a better sunscreen 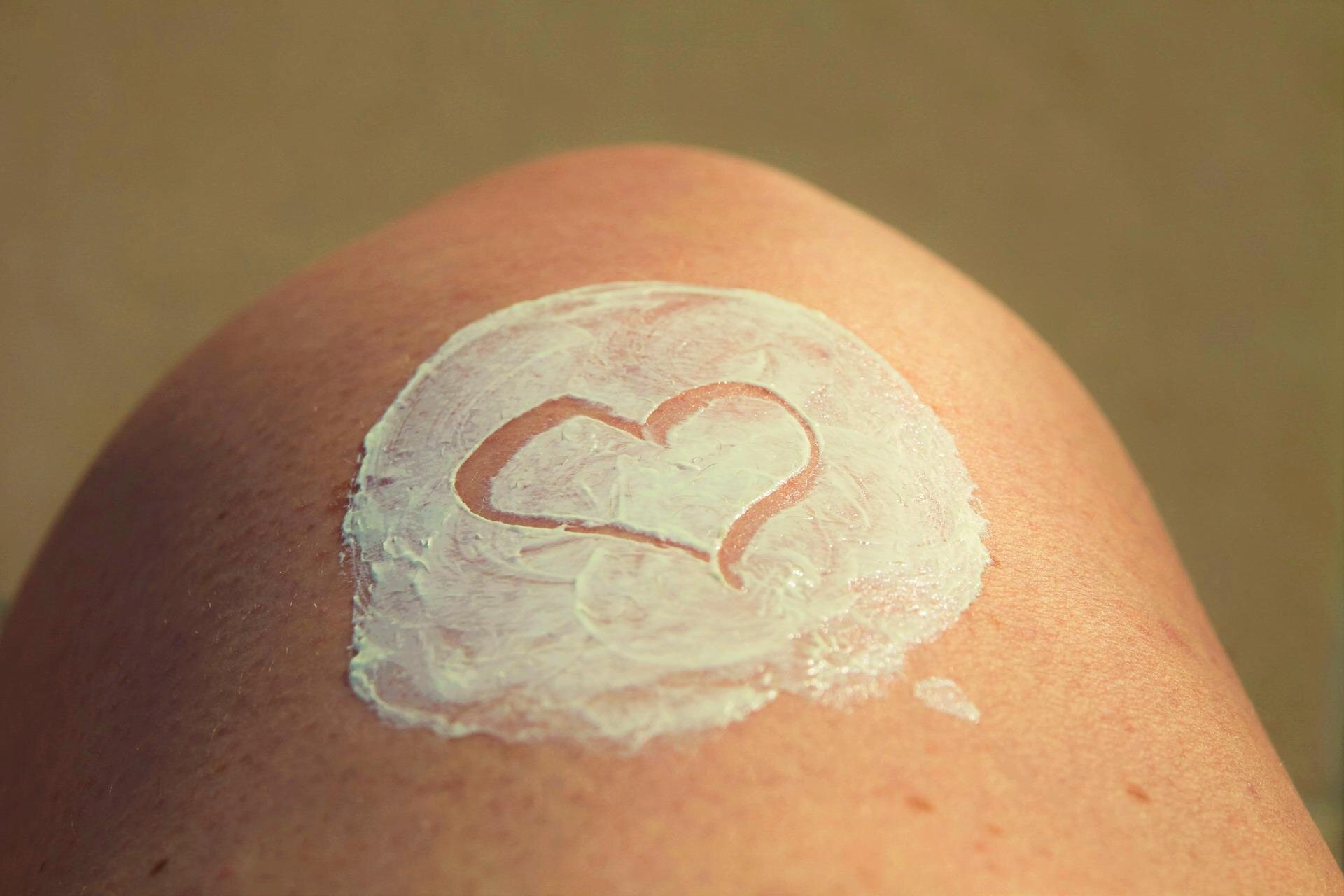 Many summer days start with slathering on sunscreen to prevent sunburn, skin damage, and skin cancer. A common ingredient in sunscreens is avobenzone, which works by absorbing the sun’s ultraviolet rays.

Despite its role as a protector from the sun, avobenzone itself breaks down when exposed to sunlight, rendering it ineffective in a matter of hours.

“I have two small kids, and I’m always telling them to reapply sunscreen every hour or two because as avobenzone decomposes, it doesn’t do its job anymore,” says Marcus Weck, a professor of chemistry at NYU. “Several years ago, my research group included a graduate student, Elizabeth Kaufman, who was passionate about skin care. We started thinking, what can we do to need less of the active ingredient and reapply it less frequently?”

Weck, a materials chemist, leads a lab that creates support structures out of polymers (materials made up of repeating chains of large molecules). When attached, these polymer structures can stabilize or enhance the active ingredients in everything from drugs to environmental compounds.

Kaufman—at the time, a Ph.D. student in Weck’s lab, and now the head of production chemistry at specialty chemical supplier BYK Wallingford—suggested that they look at the active ingredient in many sunscreens. The result of their investigation: a more stable, long-lasting avobenzone, for which Weck and Kaufman were awarded a patent this spring.

What led you to begin studying sunscreen?

It actually started with anti-cancer drugs. My group had developed a support structure for doxorubicin and other cancer drugs.

In chemistry, there’s a concept called “click chemistry”—a technique for linking molecular components. This strategy has some legs, because once you develop a support structure that does “click chemistry,” you can just click on components like drugs or dyes. In our cancer research, we developed biomaterials with multiple click sites.

That got Elizabeth and me thinking about whether we could apply this to something that prevents cancer, not just treats it. We knew that avobenzone decomposes, but we wanted to see what would happen if we put the active ingredient on a support structure.

What did you find?

The goal was to find a support structure for avobenzone that would stabilize the compound, not interfere with UV activity, and would be easily synthesized with readily available materials.

We decided to use a support structure called a dendrimer. Dendrimers are spherical, three-dimensional polymers that contain branches like a tree—that’s where they get their name, from the Greek word for tree, “dendron.” Dendrimers are used for other biomaterials applications and have several characteristics that make them a perfect support system for avobenzone.

It sounds like there are some advantages to using these support structures with avobenzone.

With the supported avobenzone, the idea is to have longer activity or sun protection, and less of the ingredient is needed. Another advantage: when you put avobenzone on a polymer, you make the molecules significantly larger, so it cannot diffuse as easily through the skin. This means that the sunscreen sits on the surface rather than being absorbed. Both of these are important because there’s evidence that some active ingredients in sunscreen are carcinogenic in large doses.

Finally, dendrimers have film-forming properties that make them feel smooth, which has advantages for a product that you’re applying to skin.

What are the benefits of undertaking this study in a university lab versus a consumer products company?

I think what is different is that we are coming from a basic science standpoint, so we are looking at this from the bottom up. If I understand the decomposition pathway, what would be the best strategy to overcome this problem? I’m pretty much free to choose what I believe is the best strategy, but if you work for a company, that’s probably not the case.

That’s the beauty of working in academia—as long as you can make the case to a funding agency, you can tackle a problem and know it might have a huge impact.

What’s next for this research?

We’re talking with companies about potentially commercializing the avobenzone-dendrimer conjugate. My group is not a formulations lab, so we’re in conversations with others who may formulate the compound into a lotion or cream and test it.

Beyond sunscreens, we are also looking at using dendrimer support structures as a new platform for antivirals—for instance, drugs that treat herpes and COVID-19.

Sunscreen creams break down into dangerous chemical compounds under the sunlight

‘No Man’s Sky’ launches on Nintendo Switch in October