The Most Anticipated Horror Movies Coming To Theaters For Halloween 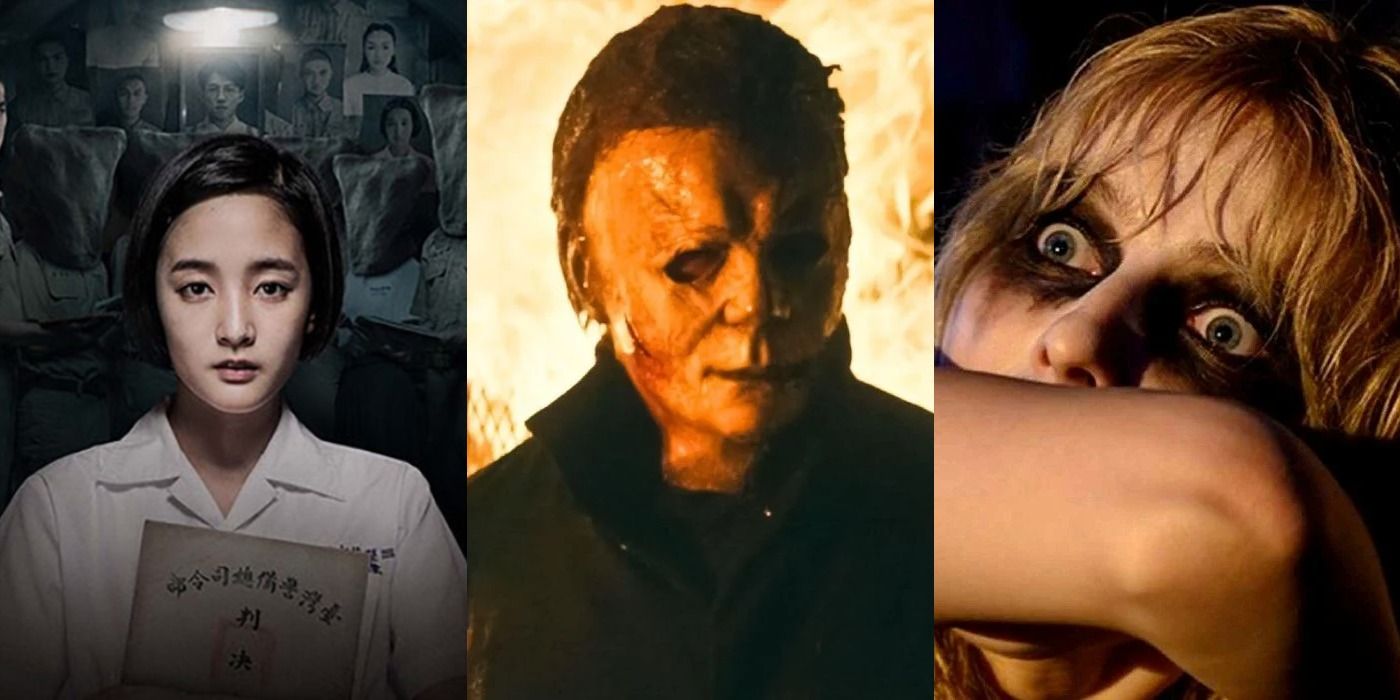 There hasn’t been a shortage of new scary movies coming out in 2021. With many noteworthy horror films suffering delays and setbacks over the previous year, there weren’t many binge-worthy Halloween hits in 2020. However, 2021 has already seen the revival of a few major horror series like Saw and Candyman, and, with theaters once again open for many in the United States, it’s the perfect time for fans of all things fear-related to make a pilgrimage to the pictures.

RELATED: Which Halloween-Themed Movie Character Are You, According To Your Zodiac Sign?

While some of the most highly-anticipated horror releases of the year have already come and gone, there are still plenty still to come before Halloween arrives. This means that there’s still a chance to see some of the best horror movies of 2021 in theaters.

Updated on October 11th, 2021 by Tanner Fox: There’s no denying that Halloween Kills is the movie event of the titular season, but that doesn’t mean that there aren’t any other worthwhile films releasing both in the leadup to and the aftermath of the Jamie Lee Curtis-led slasher.

Though mostly helmed by independent filmmakers, there’s more to the Halloween season than Michael Myers; from uncompromisingly weird A24 debuts to troubling tales of deep-woods terror, there’s more to October’s horror movie lineup than meets the eye.

The forthcoming A24 Icelandic horror film Lamb looks to have been plucked from the mind of cerebral auteur Robert Eggers; placing a heavy emphasis on the beautiful yet oppressively barren Icelandic countryside, the trailer makes it out to be both wonderfully atmospheric and unremittingly weird.

Telling the tale of a childless couple who fill a void in their lives with a newborn lamb, their happiness turns to disappear as the repercussions of their actions mount. It’ll definitely leave audiences struggling to interpret what they witnessed, and it seems to be the sort of film demanding undivided attention.

While screenings in the US will likely be hard to find, this adaptation of a 2017 psychological horror video game is deserving of mention. Set during the White Terror, an incredibly bleak period of authoritarian rule in Taiwan, a student-led book club group must fight against oppressive forces both earthly and otherwise.

Those familiar with Eastern horror tropes will be right at home in Detention‘s realms of both real and imagined horror, and parts of the film bear resemblances to other famous horror video games like Silent Hill and Siren.

A foreign language film set to debut in select theaters on October 8, Knocking is a psychological thriller that sees a woman tormented by a noise that’s apparently coming from neighboring apartments. However, things get stranger as time goes on, and, as psychosis seemingly sets in, the woman is lead to question if her senses are deceiving her.

Similar to horror narratives like the Stephen King film adaptation 1408 or the Konami video game Silent Hill 4, Knocking plays upon the paranoia often felt in confined or unwelcoming spaces.

Following the death of her grandfather, a woman and her husband travel to her childhood home in Germany’s Black Forest. Remember for telling tall tales of terror, the couple soon discovers that not all of the grandfather’s scary stories were completely fictitious.

Drawing elements from German culture and folklore, Demigod looks to be an interesting exploration of settings and scenarios not often seen in the genre. What could perhaps pan out to be the German version of Midsommar, a horror film steeped in Swedish culture, this may be one on which fans should be keeping an eye.

What new horrors are on their way for Laurie Strode and her daughter Karen? Check out the latest in the Halloween franchise out on October 15th in theaters everywhere.

Having spent his childhood hooked on classic horror films like Halloween and Friday the 13th, a mysterious assailant is out for blood, stalking the actors who appeared in his favorite films.

RELATED: 8 Unpopular Opinions About The Friday The 13th Movie, According To Reddit

A weird meta slasher, 13 Fanboy features real-world actress Dee Wallace playing herself. Having starred in everything from E.T. to Cujo, this strange setup seems to have a lot of potential, and many fans of classic horror movies will likely get a kick out of all of the jokes and references poking fun at established horror tropes.

“Once, there were three bears that lived in a dark and wet cave above a small town […] Big Bear has become more angrier and meaner, because they had no food, no meat. But they had each other.”

A small-town school teacher (Keri Russell) becomes concerned about a student’s (Jeremy T. Thomas) home life in this original and unsettling folk horror story directed by Scott Cooper (Black Mass). It is full of dark secrets and legendary creatures. After a number of delays, Antlers will be released on October 29—just in time for Halloween.

Best known for his contributions to the Three Flavours Cornetto comedy trilogy, director Edgar Wright tries his hand at horror with the upcoming Last Night in Soho. Featuring an aspiring fashion designer who can see tragic past events in her dreams, it’s sort of a new take on the setup established in 1999’s The Sixth Sense.

Starring Anya Taylor-Joy and Thomasin McKenzie, the movie seems to swap between a posh period piece and a surreal thriller. Plus, with a concept as complex and cinematography as verbose as this, it seems like a film best seen on the big screen.

NEXT: 10 Most Exciting Horror Sequels Releasing In 2021

Passionate about writing and the entertainment industry, Alex currently works as a freelance writer for ScreenRant, GameRant, and TheThings. She is also a screenwriter, and holds degrees in Film Production and Fine Arts.

Brendan Fraser Is Trending After News Of Batgirl…