The Lord Of The Rings Gollum Release Date, Gameplay, And Everything We Know 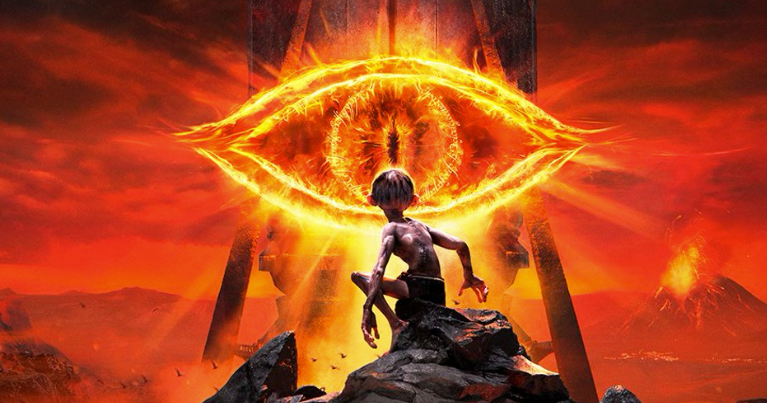 It’s a big year for The Lord of the Rings, as Peter Jackson’s Oscar-winning Two Towers celebrates its 20th anniversary and Amazon’s TV show, The Rings of Power, debuts in September. But that’s not all. Daedalic’s new video game, The Lord of the Rings: Gollum, is also on the way in the near future, though its release date has now been delayed. We’re rounding up everything we know about the new game ahead of launch.

The Lord of the Rings: Gollum is coming to PS4, PS5, Xbox One, Xbox Series X|S, and PC. The game was originally scheduled to be released on September 1 (just a day before The Rings of Power premieres), but it has been delayed “a few months.” Depending on what Daedalic means by a “few,” the game could still launch in 2022. A Nintendo Switch version was previously announced for release on November 30, but that date may have shifted, too.

Now Playing: The Lord of the Rings: Gollum 7 Things We Learned

Who is developing LOTR: Gollum?

The Lord of the Rings: Gollum is developed by Daedalic Entertainment, a German studio known for the Deponia franchise, among others. It’s being made in partnership with Middle-earth Enterprises, the holding company that controls the rights to the series. The story is officially canon and sheds new light on Gollum’s quest to reclaim the One Ring.

What is the story?

The Lord of the Rings: Gollum, as its name suggests, follows the hobbit-turned-creature Gollum in a story that takes place in parallel with the early chapters of The Fellowship of the Ring. At this point, Gollum has lost the ring and is on a mission to get his precious back.

“He has seen things that others can not imagine, he has survived things that others would not dare mention. Torn by his split personality, he can be vicious and villainous as Gollum, but social and cautious as Sméagol,” reads a line from the game’s description.

Gollum is a central character in JRR Tolkien’s writing, but many elements of Gollum’s quest have not been covered in much detail, which is where LOTR: Gollum comes in. The story will cover Gollum’s time in the Dark Tower and his time with the elves of Mirkwood.

Of all the major Middle-earth characters, few would have guessed that Gollum would get his own video game. Daedalic said in an FAQ that it chose Gollum because he is “one of the most fascinating characters” that Tolkien ever came up with.

“Despite his looks he’s also an agile creature that can climb, leap, and grapple his way past dangers or into advantageous spots,” the studio said. “This makes for an epic adventure through exciting never-seen-before parts of Middle-earth, and leads the player to interesting moral choices, and varied gameplay, alternating platforming and stealth.”

Gollum doesn’t look like the Andy Serkis depiction of Gollum from Peter Jackson’s film series, and that’s on purpose. “While all of us enjoy the previous adaptations of the stories Tolkien created, we wanted to create our own unique interpretation of the world and its characters. As such, The Lord of the Rings: Gollum is original while being true to the literary source material,” Daedalic said.

Gollum is voiced in the game by Wayne Forester, who also did voice work for Elden Ring and Sniper Elite 5 recently.

Just like he’s described in Tolkien’s writing, Gollum is known for being a stealthy creature in the video game. He likes to avoid going head-to-head with enemies and instead opts to sneak around to get the upper hand. As we covered in our LOTR: Gollum preview, there is a lot of climbing and sneaking in locations like Cirith Ungol and Mirkwood.

The game also features a mode called Gollum Vision that highlights hiding spots, enemies, and can help guide you toward your objective.

The Lord of the Rings: Gollum plays into the split-personality element of Gollum/Smeagol. In the game, players will be faced with the struggle in the creature’s mind between Gollum and Smeagol. Players can, in certain parts of the game, make choices that lean into Gollum’s darker side or make more honorable choices that lean toward more what Smeagol might have done. “One mind, two egos–you decide,” reads a line from the game’s description.

For lots more on LOTR: Gollum, check out GameSpot’s preview in which Lord of the Rings super-fan Lucy James covers seven things we learned about the game.