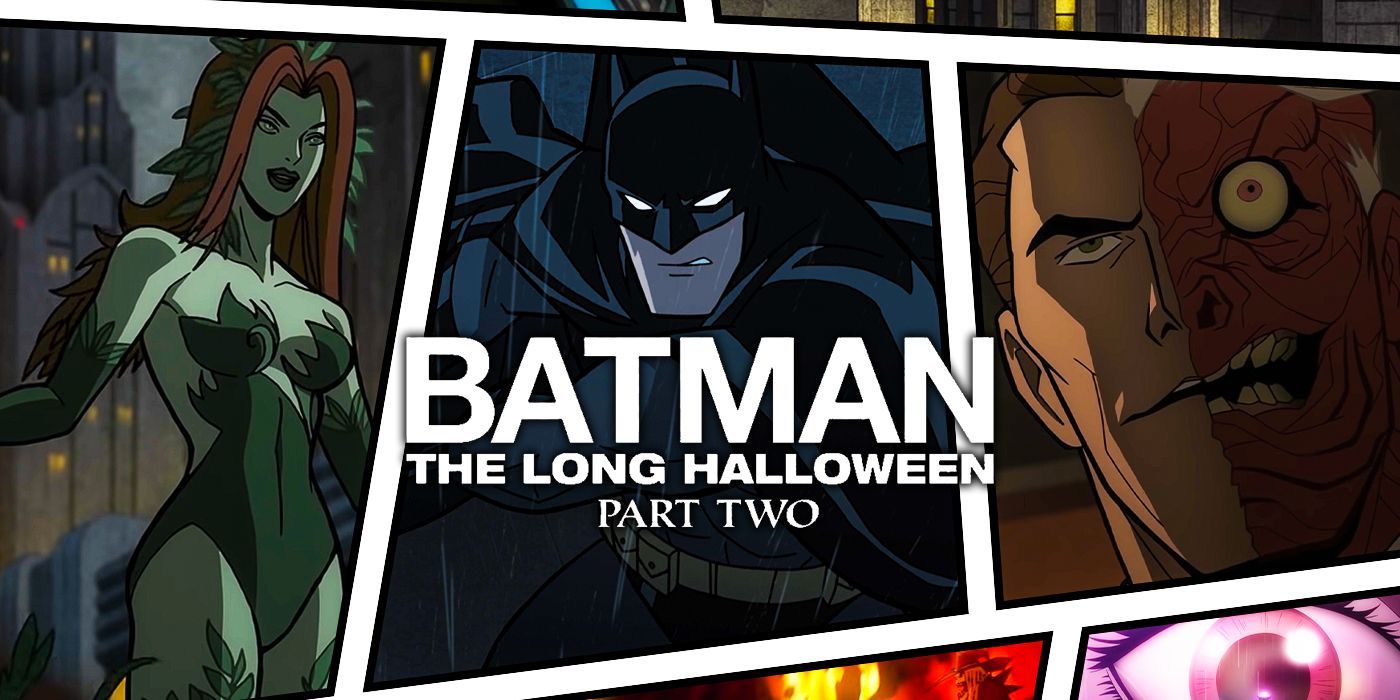 During the [email protected] panel for Batman: The Long Halloween, Part Two the cast discussed how the second film would differ from the source material.

According to Troy Baker, who voices the Joker, the animated adaption of Jeph Loeb and Tim Sale’s 1996 comic will “flip the script” on the source material and give fans more of the relationships between Bruce Wayne and Selina Kyle, in addition to the relationship between Harvey Dent’s Two-Face and Batman. Batman: The Long Halloween, Part One already showed that Selina Kyle and Bruce Wayne have a closer relationship than the one in the graphic novel, but the cast didn’t elaborate further on what other surprises fans can expect for Part Two.

Jensen Ackles, who has been filming as Soldier Boy in the upcoming third season of The Boys, is no stranger to the DC Universe. He appeared in Smallville as Lana Lang’s ex-boyfriend Jason Teague and voiced Red Hood in the 2010 animated film, Batman: Under the Red Hood. During the panel, he discussed donning the persona of the caped crusader for the first time, including “knocking the Texas” out of his accent.

Ackles also explained that he tried his best not to think about what other actors had done as Batman in the past, including Baker who has previously voiced the character. All of the voice actors who have brought Bruce Wayne to life have given their own unique twist on the character, including Ackles in Batman: The Long Halloween. Ackles said:

“It’s fun when you start finding that rhythm, and then to balance that out with the Bruce Wayne and find another kind of level there, it’s a really good, fun challenge as an actor to play with those emotions from just simply your voice. You can’t use your arms, you can’t use your facial expressions, you can’t do any of that.”

Batman: The Long Halloween, Part Two will be distributed by Warner Bros. Home Entertainment on Digital starting July 27, and on Blu-ray beginning August 10. Check out the panel below:

A precious perspective of Middle-earth you may never have wanted.

Maggie Lovitt is a lover of all things Star Wars and pop culture. She is a Weekend TV/Movie News Writer at Collider. During the week she is the Managing Editor of Entertainment at Your Money Geek. In her free time, she is the host of Starbucks Lovers: A Taylor Swift Podcast, a co-host at The Outer Rim Beacon and Petticoats & Poppies: History Girls at the Movies, and the host of Let’s Talk About Star Wars on YouTube. When she’s not wreaking havoc on the internet, she can be found writing screenplays and novels. She is also an actor and member of the Screen Actors Guild.

All Pirates of the Caribbean Movies in Order