The Legacy Of Afghanistan Is A Future Of Drone Wars 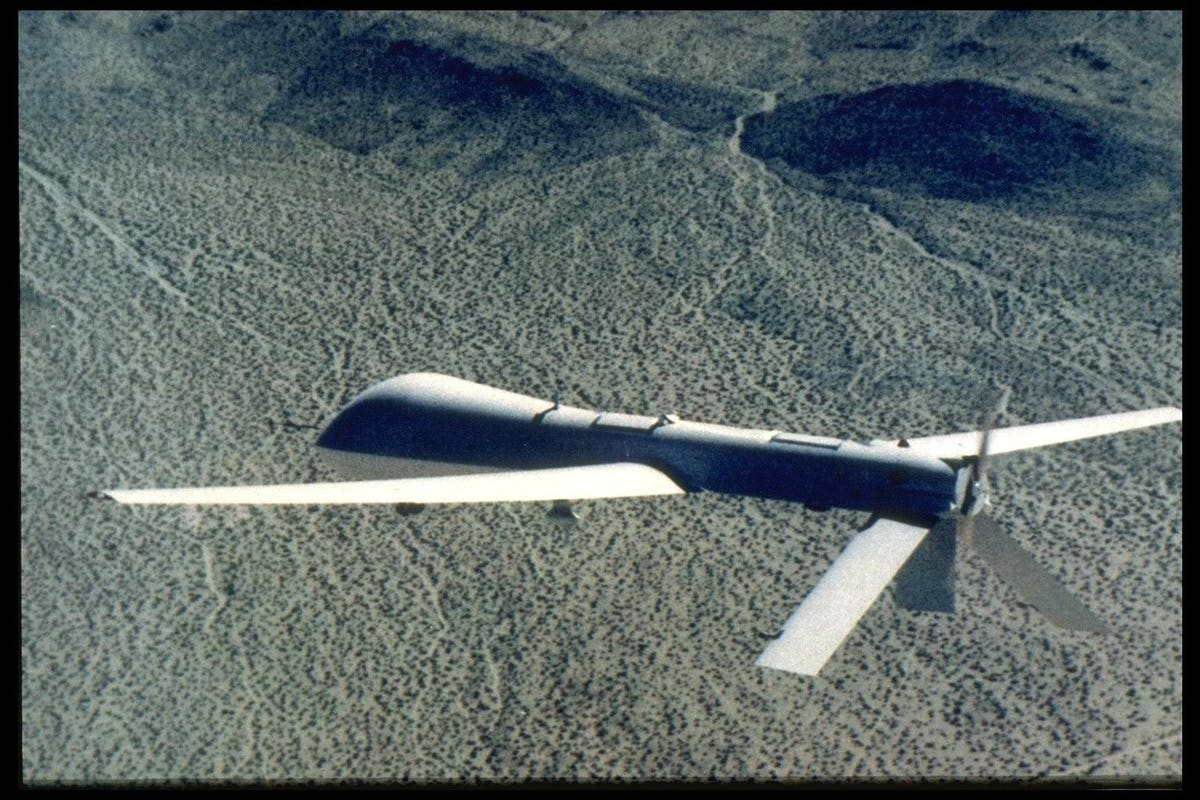 From the perspective of history, the U.S.-led war in Afghanistan may be most significant as the driver of a step change in drone warfare. In 2000, the U.S. Air Force and CIA did not have a single armed drone; by the end of 2001 drone strikes had become an important tactic against al-Qaeda in Afghanistan. Since then drone operations have ballooned, and have been used by U.S. forces in many other theaters. Large drones are starting to break out of the counterinsurgency role into more traditional warfighting, and portable tactical drones play an increasingly important role in infantry combat. None of this would have happened without Afghanistan.

This is not simply a matter of technology. Drones go back almost as far as manned aviation. There were crude uncrewed planes in World War I, and in World War II the U.S. Navy operated the STAG-1 assault drone unit, which bombed Japanese targets with some success. Drones were around in Korea and Vietnam, but were repeatedly sidelined and programs terminated in favor of manned aviation. In the 1970s drones were successfully fitted with new guided weapons and demonstrated against ground targets, but nobody was interested. Only in the particular conditions of Afghanistan were drones able to flourish.

The limitations of drones have always been obvious. They do not provide the situational awareness of a piloted aircraft: the remote operator cannot look around and see what is happening. Remote controls and the delay in response mean they tend to be clumsy, lack maneuverability and are prone to crash on landing. Senior officers – many of whom started as combat pilots themselves – tend to see the shortcomings of drones rather than their potential.

Afghanistan changed that. The Predator drone had been around since the conflict in the former Yugoslavia in the 1990s. Essentially an uncrewed, powered sailplane, it did what no other aircraft could: loiter over an area for 20 hours or more at a stretch, maintaining a continuous view of an area below with high resolution day and night sensors. It proved invaluable for watching villages and training camps, trailing convoys and spotting gatherings of insurgents. Combined with intelligence from the ground, drones helped identify and locate ‘high-value targets’ – the insurgent leadership.

It could be frustrating, though, to follow a leader on camera and have them disappear out of sight before an attack aircraft could be brought to bear, as this could take half an hour or more. Arming the Predator was an obvious move, although putting a big missile on the small, fragile drone was challenging. The wings were reinforced and tests confirmed that the composite wing could survive the fierce back-blast of a missile launch.

The first launch of a Hellfire missile from a Predator in action on October 2001 was a complete failure, missing Taliban Supreme Commander Mullah Omar and almost leading commanders to call off the armed drone program. Within a few weeks though a second strike killed Mohammed Atef, al-Qaida’s military chief. After that, drone strikes went from strength to strength. The Air Force’s initial fleet of 16 reconnaissance-only Predators was rapidly expanded and some 360 reconnaissance and strike Predators were built before the USAF retired them in March 2018.

The role has now been taken on by the Predator 2, better known as the MQ-9 Reaper, a bigger, faster and more powerful craft. While the Predator struggled to carry two Hellfire missiles, the Reaper can carry eight, as well as 500-pound laser-guided bombs.

The counterinsurgency in Afghanistan, and later in Iraq and elsewhere, fostered the growth of drone warfare. The requirement for persistent eyes in the sky could not be met any other way. If the conflict had ended after a few years, drones might have been sidelined again, as they were at the end of Vietnam. But the continuing need meant that drone technology was developed and enhanced with new sensors and other capabilities, for example tracking and identifying cellphone communications and pinpointing handsets.

The conflict means that drone technology is far more mature, and more trusted and operationally proven than it would be otherwise. This has led makers General Atomics and the USAF to start developing versions of the Reaper for traditional wars, changing them from assassins to warriors, taking over reconnaissance, electronic warfare and strike missions.

The drone war has been highly controversial, with many, many claims of civilian casualties and innocent people targeted in mistake for insurgents. The remote nature of drone warfare, with nobody on the ground to confirm the truth, is a real issue and one that shows no signs of getting easier after 20 years of drone strikes. The low political risks of drone strikes may make them appealing – especially after the seeming failure of ‘boots on the ground’ in Afghanistan — but there are serious human rights concerns on the other side.

While the big drones have garnered all the media attention, in the longer run smaller drones may have more impact.

The RQ-11 Raven is a hand-launched, battery-powered drone weighing about four pounds resembling a radio-controlled model aircraft. Initially used by Special Forces it provides troops on the ground with their own aerial reconnaissance. Soldiers quickly recognized its value for protecting perimeters, guarding convoys and patrols, directing mortar fire and scouting possible enemy positions. Thousands were to be issued to U.S. forces, making the Raven the most common type in use.

Raven operators had the same experience of observing opponents while being helpless to strike them. A solution emerged in the late 2000s in the form of the SwitchBlade. Produced by AeroVironment
— the maker of the Raven and using much of the same technology — this a tube-launched kamikaze drone with a small explosive warhead. Again SwitchBlade started with special forces units, and its ability to strike silently with extreme precision from miles away put it in a class of its own.

Perhaps such drones might have been developed without the impetus of the war in Afghanistan. But, given that similar ideas had been around for decades, Afghanistan provided the catalyst that made them happen.

Meanwhile, insurgents have started to use drones of their own, modifying consumer drones as grenade-dropping bombers. While the tactic was pioneered by ISIS in Iraq in 2016, by late 2020 the Taliban were also using improvised attack drones in what the New York Times
described as a ‘worrisome shift.’ Again, such tactics emerged because of the long-running war.

Afghanistan may be remembered as the first true drone war. Every future war is likely to be a drone war, with uncrewed aircraft and ground vehicles playing an ever-greater part in conflicts, arguably as a direct result of the Afghan experience.

And in future wars, even counter-insurgencies, there will be drones on both sides.

Denial of responsibility! TechCodex is an automatic aggregator of the all world’s media. In each content, the hyperlink to the primary source is specified. All trademarks belong to their rightful owners, all materials to their authors. If you are the owner of the content and do not want us to publish your materials, please contact us by email – [email protected]. The content will be deleted within 24 hours.
AfghanistanAir ForcedronepredatorReaperRQ-11 RavenSwitchblade
0
Share