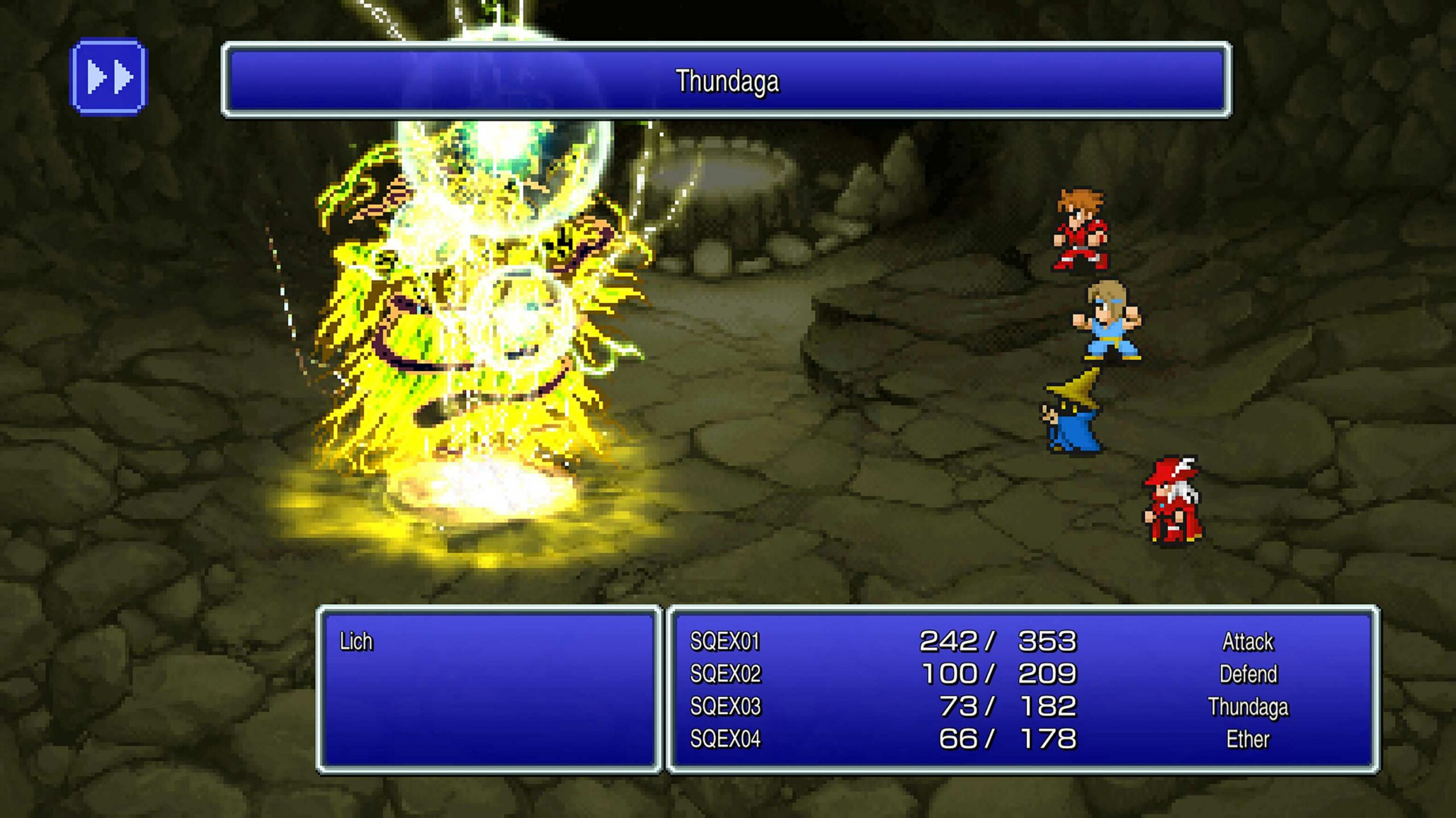 Square Enix has launched its Pixel Remasters of the first three Final Fantasy games on Android, iOS and Steam.

As the name suggests, these re-releases offer updated visuals of the original three 2D pixel-based NES role-playing games, rather than the sort of garish sprites found in the PC versions of Final Fantasy V and VI.

Square Enix is also promising new gameplay options like the ability to turn on auto-battle. It should be noted, however, that one of these “modernizations” comes in the form of small, basic font that’s proven quite controversial so far.

While that’s definitely expensive for decades-old games, they are undeniable classics, especially the SNES trio. It’s also important to note that the existing versions of the first six Final Fantasy games will be removed from the App Store, Play Store and Steam, making the Pixel Remasters the default way to play them on these platforms going forward.

Unfortunately, Square Enix has bafflingly decided to forgo a console release of the Pixel Remasters. However, the company did recently say that it would consider porting the remasters if there’s enough demand.

It’s a questionable comment from the company, given how many people have taken to social media to criticize the lack of a console release. Further, mobile and PC at least already had the aforementioned ports of these games, while there’s been no way to play any of them on PS4/PS5, Xbox One/Series X and S or Nintendo Switch.

Hopefully, Square Enix brings these games to consoles sooner rather than later.

World of Warcraft Team Responds to Lawsuit and Allegations

Animal Crossing: New Horizons Finally Will Get the Roost