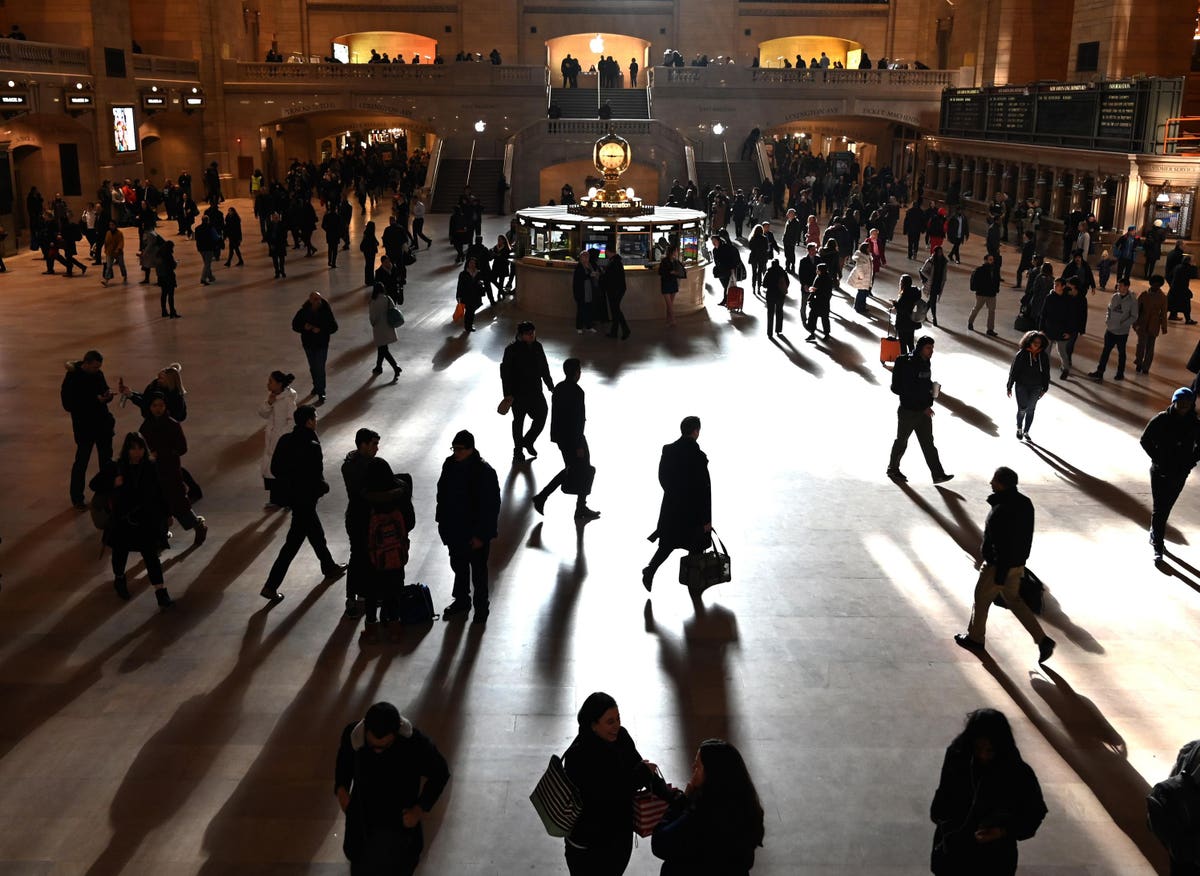 The utter insanity of the decidedly daft and derided tradition known as Daylight Saving Time (DST) becomes undeniable on a summer trip through one of the simultaneously most impoverished and incredible sections of this planet: the northeast quarter of Arizona.

Ok, so we have this Russian Doll situation involving these bucolic jurisdictions. It’s a little unusual but nothing too crazy until March when only the Navajo Nation switches to Daylight Saving Time.

This means that you can visit Arizona’s Petrified Forest National Park at 9 am local time in, say, June and then make the short drive to Navajo lands where it magically becomes an hour later. Uh-oh, almost lunch time! But don’t worry, there’s not much to see on this end of the Navajo Nation so you continue on into the Hopi reservation, where the clock jumps back to the same time observed in the rest of Arizona.

When you continue on your journey, you’ll inevitably go through the same series of switches in reverse as you pass through Navajo territory again on your way back to greater Arizona.

This is the absolute peak of the temporal trouble Daylight Saving Time hath wrought.

Most people will never embark on this maddening, time-traveling road trip through the Grand Canyon State, but the consensus is still becoming pretty clear: we’re tired of changing our clocks twice a year and all the irritating adjustments that come with it.

Earlier this year a poll found over 60 percent of Americans are over “falling back” and “springing forward” every annum.

Citizens and politicians have voted in favor of freezing our clocks in place permanently, including a majority of Californians in 2018 and the US Senate this March, but most jurisdictions have dragged their feet when it comes to making any actual changes.

The evidence that we are pointlessly forced to acclimatize to an arbitrary adjustment every year is mounting. Let’s scale that mountain now.

Arizona may be among the most absurd cases, but increasingly the entire world seems less suited to Daylight Saving Time. Simply put, not all countries participate in this time manipulation tradition, which adds unnecessary complexity to a globalized world that is already overly convoluted in its construction.

Consider the very reason for Daylight Savings Time, which was ostensibly to add an extra hour of daylight to the evening in the northern hemisphere and save some money on candles in the process. Yes, candles.

We are dealing with some seriously archaic logic here. More importantly, it is highly localized logic that makes less sense the closer you are to the equator, where the amount of daylight shifts less or not at all with the seasons (if there are seasons). Not surprisingly, countries at lower latitude typically don’t mess with changing their clocks.

In recent decades, dozens of countries have actually abolished Daylight Saving Time already, which may come as a surprise to those in North America and Europe, the last remaining strongholds of clockplay by mandate.

Forget jokes about burning them at both ends or waxing nostalgic or whatever. Even in a modern world with far fewer wicks, it should still make sense that the energy-saving argument would hold true for using less electricity during DST.

But as it turns out, the evidence such savings are actually achieved is rather weak. In fact, a 2011 study actually found an increase in energy usage in Indiana thanks to DST.

A later meta-analysis of science on the issue found DST can be attributed to a miniscule amount of savings of less than half a percent.

Call the evidence for energy savings through time shifting shaky at best.

An Unhealthy and Dangerous Adjustment

Perhaps the strongest argument against DST is that it might kill you.

Studies have found that fatal traffic accidents in the US go up the day after the clock shift. It seems that sleep deprivation, particularly after the spring shift, is a possible culprit.

Messing with our sleep also may increase workplace injuries, according to another report.

The most recent research, out just this week, even finds that fiddling with our clocks might play a role in accidents that take the lives of a few dozen people and over 30,000 deer each year.

Ok, but what about the hordes of us who no longer worry about commuting and make a living virtually? Surely this helps bolster the case for DST, right?

Maybe, but even more abundant is the research into how time jumping affects human health, regardless of if you commute across town or just the house.

DST has been associated with more heart attacks and strokes and it is also becoming fairly clear that it messes up our internal clocks and circadian rhythm, which may have all kinds of second order health affects.

I admit I will enjoy no longer driving my child to the school bus in the dark come next Monday, but only until about ten hours later when I’m picking her up from basketball practice in the dark.

Time is our most priceless commodity and the only one that we cannot manufacture more of. No amount of manipulating it will change these immutable characteristics.

We may fool ourselves into thinking we have such God-like powers for a moment, but at a cost of making our lives harder and perhaps even shorter.

Denial of responsibility! TechCodex is an automatic aggregator of the all world’s media. In each content, the hyperlink to the primary source is specified. All trademarks belong to their rightful owners, all materials to their authors. If you are the owner of the content and do not want us to publish your materials, please contact us by email – [email protected]. The content will be deleted within 24 hours.
arizonaDaylight Saving TimeHopi TribeNavajo Nation
0
Share