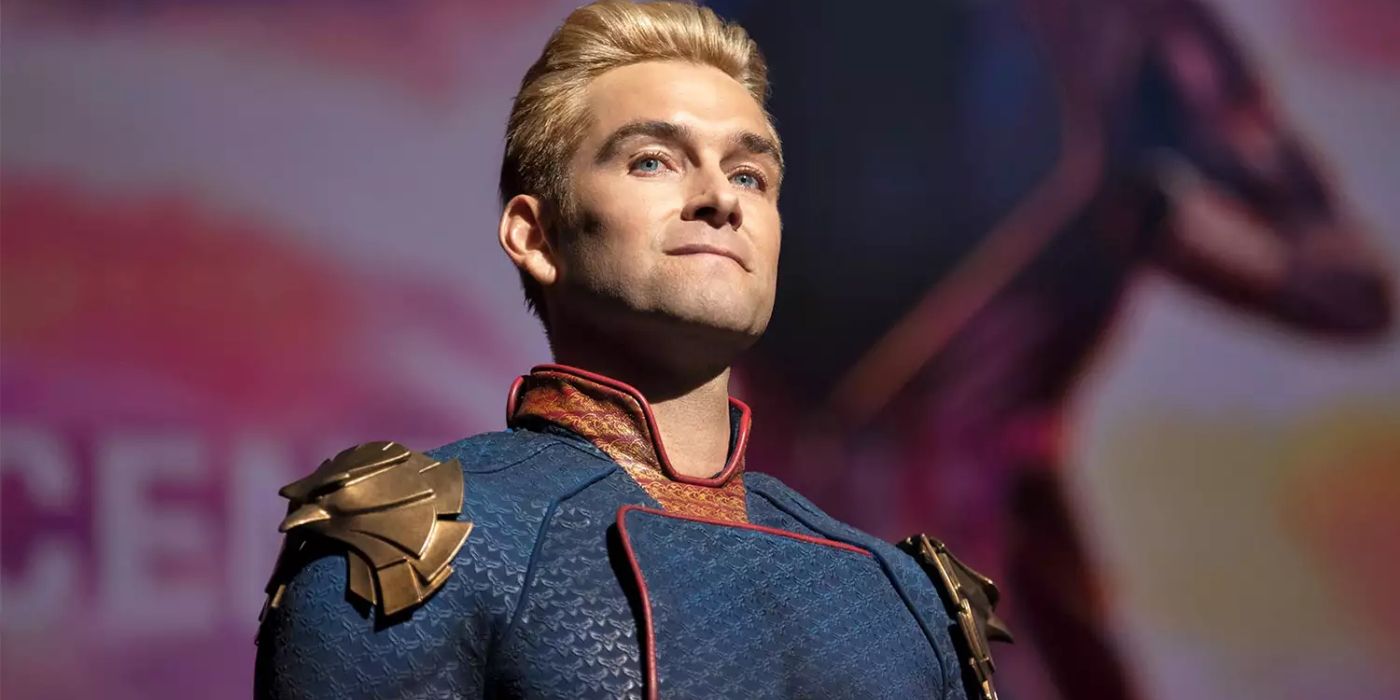 While the question, “what’s your sign?” has become more and more ingrained in everyday conversation over the past few years (especially on first dates), it’s a true bonding experience to guess the signs of your favorite fictional characters with your friends. This is something that the gang behind the Emmy-nominated Amazon Prime Series The Boys fully recognizes, so they invested in the help of their very own Nathan Mitchell aka Black Noir to take fans through his guesses of what several of the Supes signs are. The Twitter video is a real treat, allowing Mitchell to get creative and share his astrology-based insight with fans everywhere. As it would turn out, Mitchell is a real fan of the study of the planets, something that comes through in his Supe walkthrough.

Of the Supes you can expect to learn more about, Mitchell includes Queen Maeve (Dominique McElligott), Starlight (Erin Moriarty), A-Train (Jessie Usher), The Deep (Chace Crawford), Homelander (Antony Starr), and, of course, his very own Black Noir. To say that Mitchell hits the nail on the head would be an understatement. Our favorite predictions are The Deep, Homelander, and Black Noir.

Citing his showy, all eyes on me behavior mixed with his sensitive side, Mitchell pins The Deep to be a Leo sun with a Cancer moon, which we couldn’t agree with more. The show’s primary antagonist, Homelander landed with a Scorpio sun due to his intense feelings and fear of abandonment paired with a Gemini moon because of his dual snideness. As for Noir, it was hard for Mitchell to make just one choice. A mysterious man of very few to no words, the astrology expert said that Noir could fall into the category of a Sagittarius, Scorpio, Cancer, Taurus, or Aries.

RELATED: Ranking the 10 Strongest Characters in ‘The Boys’

The third season of The Boys recently bowed out after what was an exciting, shocking, and octopus-filled eight-episode season. Over its course, we saw Hughie (Jack Quaid) and Annie aka Starlight’s relationship take a nosedive, the revelation of the head-popping Supe, more of Butcher’s (Karl Urban) backstory, the return of Soldier Boy (Jensen Ackles), and so much more. It truly is incredible how much action those penning and producing the Eric Kripke-created series can fit into one episode, but they wow us every time.

While we know the series will be returning for a fourth season at some point in the future, no release date or plot details have been revealed at this time. Check out all of Mitchell’s Supe-centered zodiac predictions in the Twitter video below and see if you agree with them.