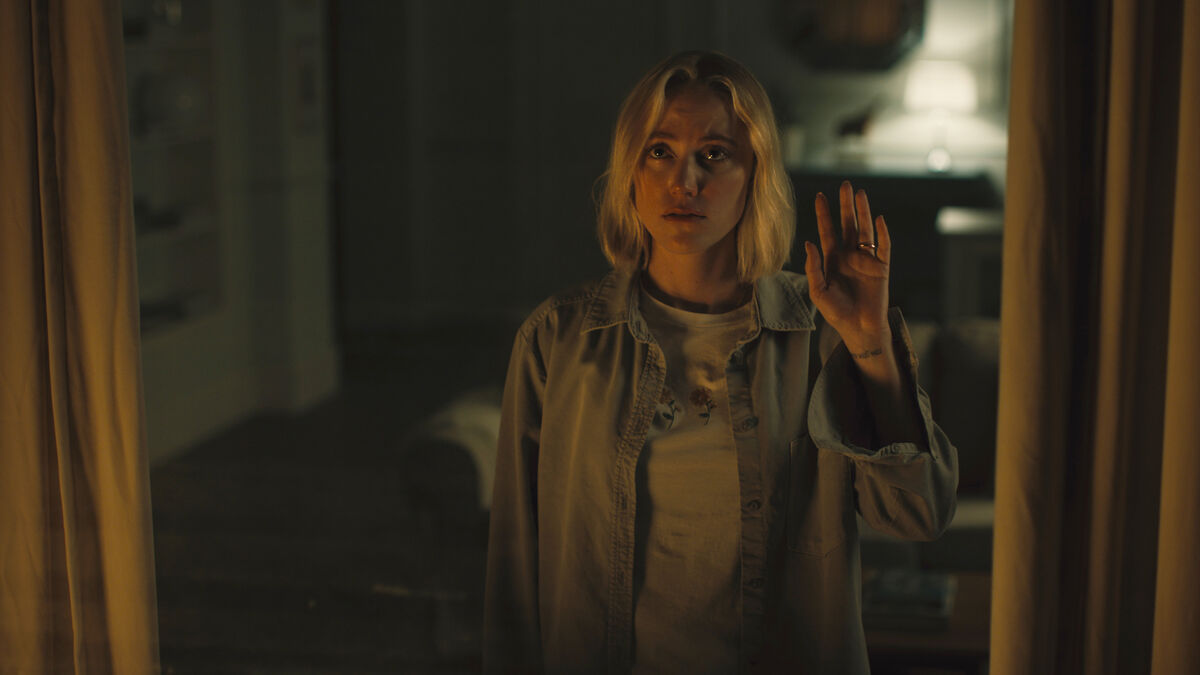 While there are some stellar 2022 horror films worth checking out like Nope, Bodies Bodies Bodies, and more, we’ve kept this list limited to the best horror films that you can stream. That includes on paid and free streaming services. We’ve made an effort to offer a mix of new titles, streaming exclusives, and older cult favorites and classics.

There are way more great horror films than we can fit in this list, so feel free to chime in with your favorites in the comments too.

The best horror movies to stream in 2022

Karyn Kusama’s 2015 indie The Invitation was shot on a minuscule budget and is among the very best horror movies of the last decade, earning a devoted following over time. It’s also, thankfully, very easy to find on streaming services. A man and his new girlfriend attend a gathering at his ex-wife’s house. As he catches up with old friends, he becomes uneasy, suspecting that something sinister is afoot despite everyone’s assurances that he’s letting his imagination get the better of him.

The oldest horror film on this list, Nosferatu remains an absolute pleasure to revisit even a century after its release. The unofficial adaptation of Dracula, from German Expressionist master F.W. Murnau, remains one of the very best takes on Bram Stoker’s classic novel, offering a grotesque but completely entrancing villain in the form of the mysterious Count Orlok.

Chloe Okuno’s recent Watcher is a gripping horror story about a woman convinced she’s being followed by a man who lives across the street from her and likes to look into her apartment. Her growing paranoia combines with isolation as she acclimates to a new life with her boyfriend in Romania, where she has no friends and doesn’t speak the language. Is she imagining things or is she really being stalked? And are reports of a local serial killer somehow connected to all of this?

Coming out more than two decades after the original Scream, 2022’s Scream (an unfortunate title, admitedly) is the fifth entry in the popular slasher franchise and the first without creator Wes Craven, who sadly passed away in 2015. With a new creative team, the film still manages to fit well within the established universe while carving a new path with new protagonists who we will follow in the upcoming sixth film. Ghostface is back, and he’s targeting people with connections to the original Woodsboro victims in this solid new horror movie.

A dark and sexy queer horror cult classic starring Susan Sarandon, David Bowie, and Catherine Deneuve, Tony Scott’s The Hunger sees a vampire slowly deteriorating, learning that his immortality may be more fragile than he expected. As he withers, his lover seduces a new companion, a young woman who can’t quite get behind her newfound vampirism, even as she explores new sides of herself.

Bride of Frankenstein may well be the best of the classic Universal monster movies. A more direct adaptation of Mary Shelly’s Frankenstein than its predecessor, 1931’s Frankenstein, it’s a wonderfully campy retelling of the classic tale. As Frankenstein’s monster remains on the run, trying to prove that he isn’t a killer, the doctor resumes his experiments, breathing life into a whole new creation.

Dismissed by critics and audiences when it came out in 2009, Jennifer’s Body has been reclaimed as a cult classic that came too soon, with feminist and queer themes, a killer soundtrack, and a career-high performance by Megan Fox. Directed by Karyn Kusama from a screenplay by Diablo Cody, the film sees a teen girl possessed by a demon, feasting on boys while her best friend tries to save her and her potential victims before it’s too late.

A prequel to 1987 Arnold Schwarzenegger actioner Predator, Prey is a terrific Hulu original and one of the best horror movies you can stream in 2022. Set in the 1700s, it follows a young Comanche warrior eager to prove herself when a technologically advanced alien predator comes to Earth looking for the deadliest game he can find. Can she protect her community and defeat this new foe?

A Canadian cult film that more than stands the test of time over two decades later, Ginger Snaps is among the very best werewolf films and a wonderfully macabre, funny, and smart horror movie. Ginger and Brigitte are inseparable teen sisters, but their bond is tested when Ginger is bitten by a werewolf and begins to transform. Bolder, meaner, and suddenly displaying an appetite for boys, Ginger is a wonderful horror monster. And writer Karen Walton does a spectacular job linking her newfound monstrosity to menstruation and stereotypes about young women.

A classic that reinvented the zombie genre, George A. Romero’s Night of the Living Dead sees a group of strangers holed up in a house during an invasion of mysterious ghouls, flesh-eating humans back from the dead. But are the hoards of zombies the film’s true monsters, or is the infighting within the house just as likely to lead to our heroes consuming each other?

When a well-to-do family is targeted by masked killers at their country home, they have to set aside petty squabbles and work together to survive. As the night goes on, they discover clues that this may not be a random attack. The family has been targeted. But why? Most surprising of all is son Crispian’s new girlfriend. Her mysterious survivalist background may tip the scales of power as she takes out the attackers one-by-one.

One of the best horror films of all time, The Texas Chain Saw Massacre is a brutal nightmare. A group of youths vacationing at a remote cabin find themselves targeted by a chainsaw-wielding madman and his cannibal family. A bizarre exploration of post-war America, with a twisted portrait of the American Dream, Tobe Hooper’s indie classic is a must-see for horror fans.

Upping the ante on 2009’s Orphan, prequel Orphan: First Kill presents Esther’s origin story and how she found her way to America. We see what led to the shocking events of the original film. Posing as a missing child, Esther is “reunited” with a family, but her new mother is suspicious. If the twist in the first film caught you off-guard, get ready for a deeply satisfying follow-up in this creepy new horror movie on Paramount Plus.

Jane Schoenbrun’s sleeper hit was a big success on the festival circuit last year before its theatrical and streaming releases in 2022. The lines between reality and imagination begin to blur when an isolated teen immerses herself in a horror role-playing game, alone in her attic, in one of the best horror films released this year.

The best of the Chucky films, 1998’s Bride of Chucky revived the franchise, taking advantage of renewed interest in horror following 1996’s Scream as well as Scream 2 the following year. Creator Don Mancini leaned into his character’s camp and comedy elements to tell a compelling new story in which the killer doll is the main protagonist, hitting the road with his new bride Tiffany as he continues to search for a way to regain his (and Tiff’s) human forms.

Those are our picks of the best horror movies to check out this year. They’re just a few ideas to get you going. Let us know what’s on your spooky watchlist for 2022.