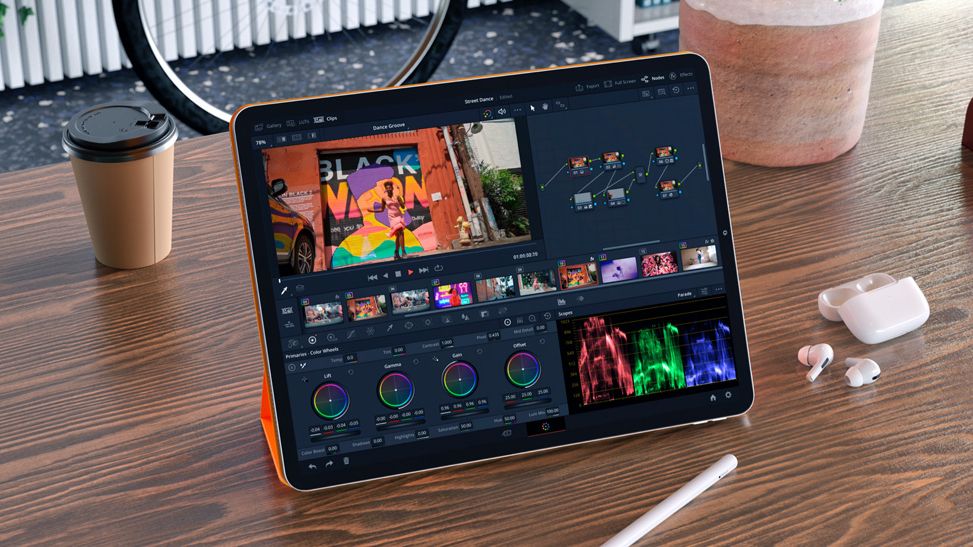 The iPad is about to get a whole lot better for aspiring and established video creators, as DaVinci Resolve is getting an app version for Apple’s tablet.

Apple had already spoiled the reveal during the announcement of its new M2-powered iPad Pro, but we now know that our pick for the best free video-editing software will be coming to iPads before the end of the year. You’ll be able to use it to cut together and edit sound and video clips from your iPad storage, Photos library, iCloud, and external USB-C sticks, just as you can on the PC version.

According to the announcement from Blackmagic Design (opens in new tab), DaVinci Resolve for iPad will be compatible with tablets running on iPadOS 16 or later, though the software has apparently been optimized for iPad Pros with 12.9-inch displays. In particular, it will support the HDR display of both the new iPad Pro and the iPad Pro 12.9-inch (2021), which has an M1 processor.

Beyond taking advantage of the bigger screen, Blackmagic Design has also said that the software will greatly benefit from the M2 chip, boasting a four times Ultra HD ProRes render performance improvement thanks to the processor – though notably we aren’t told what it’s four times faster than.

A major draw for DaVinci Resolve is that it’s free, giving it a clear advantage over paid rivals like Adobe Premiere Pro, especially for beginners who may not want to pay a monthly fee when they’re just starting out. But what makes it the best free video-editing software?

For us, the main advantage is that even its free version is feature-packed and very powerful. Whether you’re trying to cut video and audio together, make color adjustments, or manipulate visual and audio effects, DaVinci Resolve has you covered. It even offers multi-user collaboration via Blackmagic Cloud.

The only real negative is that DaVinci Resolve is so jam-packed with tools that it might be a little too daunting for newbies. But, with it costing you absolutely nothing, there’s no harm in giving it a try, and taking as much time as you need to get to grips with its features.

If you’re excited to try out DaVinci Resolve for iPad, you might also want some of the iPad accessories it’ll be compatible with – though if you go for Logitech’s version of the Magic Keyboard and Apple Pencil you’ll find that you’ll pay a lot less for basically the same thing. Alternatively, if you can’t wait for DaVinci Resolve to launch, you can check out our picks for the other best iPad apps that you can download and use today.