The best E-Ink tablets: Do more than reading! 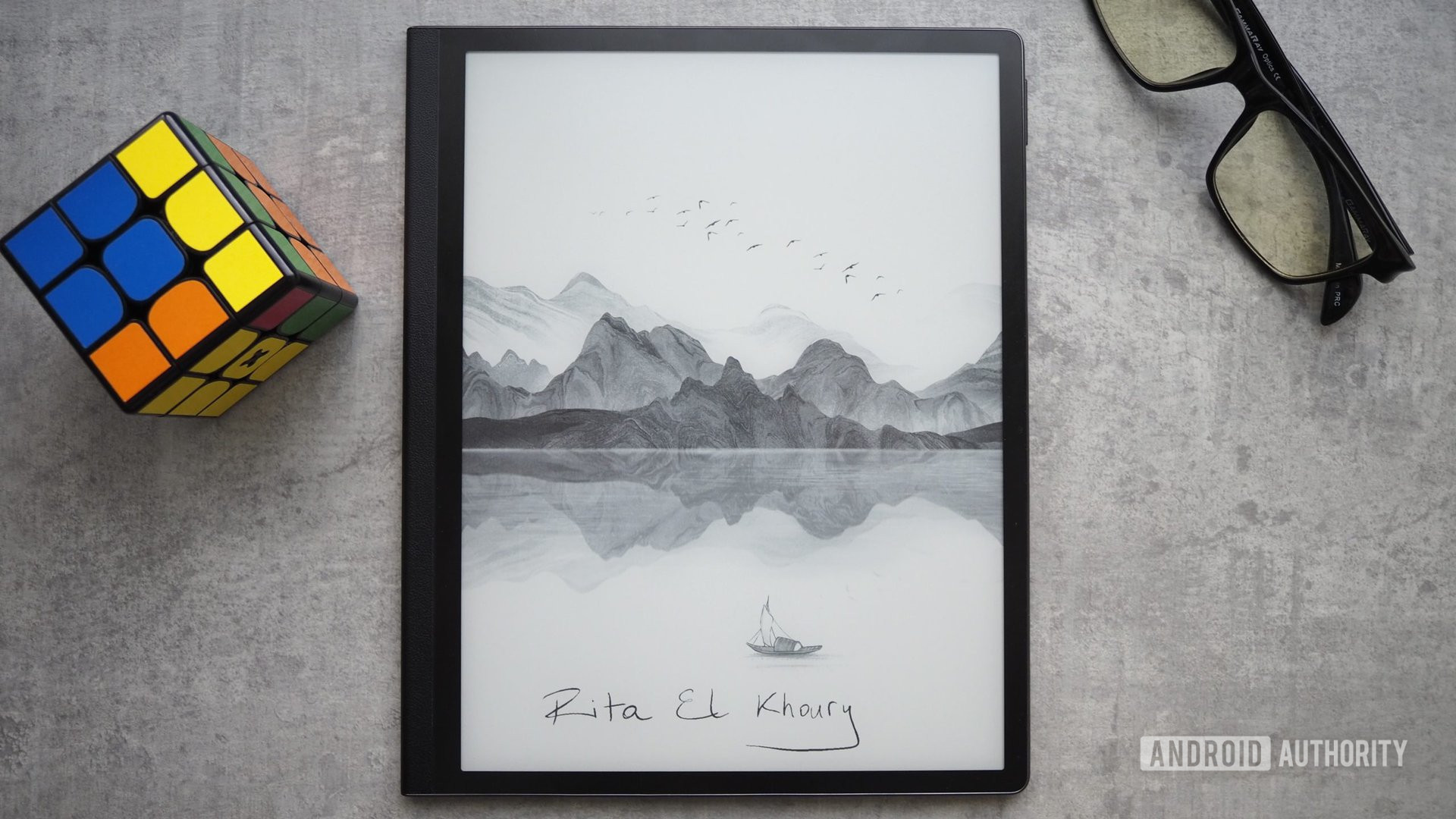 E-Ink readers are great for consuming written content, but they usually can’t do much more. This is why most people opt for an eye-straining, battery-sucking tablet with access to apps, a browser, and more. What if you could find a hybrid, though? Today we’re taking a look at the best E-Ink tablets around.

E-Ink tablets usually run a smart operating system like Android and can access app stores. This means you can do much more than read books or magazines. You can easily browse the web, check your emails, access social media, or even play games. Because E-Ink displays are much less resource-intensive, they also tend to have better battery life. And guess what; they also work perfectly as electronic readers if you use apps like Kindle or Google Play Books.

Because they’re meant to be used as regular tablets, E-Ink tablets also tend to have more powerful specs, better E-Ink screens (some with color), and an overall better experience. They also have touchscreens and are better suited for note-taking. Especially considering E-Ink displays don’t suffer from glare and can be comfortably viewed in direct sunlight. All of these advantages also translate to a higher cost, of course.

On the other hand, eReaders are made to do very specific things. You can use them to read books or magazines, or listen to audiobooks. Some may have more advanced features like a browser, or sharing capabilities. Regardless, they aren’t the best at doing any of the extra features. That said, they tend to be very affordable.

Remember, these aren’t the reading-only devices you can throw in a bag and pull out for simple reading on the go. E-Ink tablets are meant to be used as mobile computing devices, like you would any other Android tablet or iPad. The only difference is it features no traditional display. As such, you should pick the correct size.

Our advice is that you pick your favorite tablet size. We usually recommend anything between around eight to 11 inches. Anything smaller, and you’ll be struggling to use touch controls and view content comfortably. Go bigger, and you might have too much screen to use and carry around efficiently.

We’ve searched high and low, and these are our favorite E-Ink readers around.

The Huawei MatePad Paper isn’t without its faults, but we still believe it’s the best E-Ink tablet you can find. For starters, it comes with specs worthy of an Android tablet, including a Huawei Kirin 820E chipset, 4GB of RAM, a 10.3-inch 1,872 x 1,404 screen, Wi-Fi, Bluetooth, a fingerprint reader, speakers, microphones, and a 3,625mAh battery. Everything is powered by Harmony OS 2, which is based on Android.

The tablet fell a little short in the display department, but lag and low framerates are to be expected from E-Ink panels. Additionally, the battery wasn’t as good as with eReaders, but we still managed to get four to five days on a single charge, which is much more than any regular Android tablet can handle.

The only true downside is that it has no support for Google apps, as is the case with any modern Huawei device. You have to rely on what the AppGallery has to offer. There are still plenty of great apps in there, though.

Check out our full review to learn more about the Huawei MatePad Paper.

If you’re looking for a high-performing E-Ink tablet and aren’t quite convinced with Huawei’s, the Onyx Boox Tab Ultra is currently the next best one. It has a nice 10.3-inch screen with a 1,872 x 1,404 resolution.

Other specs include a Qualcomm octa-core processor, 4GB of RAM, 128GB of storage, Wi-Fi, Bluetooth, dual speakers, dual microphones, and a 6,300mAh battery. It even has a 16MP rear camera, which is uncommon in the world of E-Ink tablets. The unit runs Android 11, but it has no direct access to the Google Play Store. You can sideload apps into it.

Onyx Boox Note Air 2 Plus: Google Play Store out of the box

If you don’t want to complicate your life with other app stores or to sideload apk files, then the Onyx Boox Note Air 2 Plus is the best E-Ink tablet. Aside from being a pretty good device, it comes with the Google Play Store out of the box.

App availability aside, you get a 10.3-inch display with a 1,404 x 1,872 resolution. It sports an octa-core processor, 4GB of RAM, 64GB of storage, Wi-Fi/Bluetooth connectivity, and a 3,700mAh battery. The device is powered by Android 11. And if it makes any difference to you, it happens to look pretty nice!

Remarkable 2: The best for note-taking

If what you want from an E-Ink tablet is a better note-taking experience, then the Remarkable 2 might be your best option. It costs significantly less than most of the options listed here. The MSRP is $279. As usual, though, a lower price comes with some sacrifices.

Performance won’t be as good, as the E-Ink tablet comes with a 1.2GHz dual-core processor and only 1GB of RAM. The 10.3-inch display isn’t bad at 1,872 x 1,404, though. The only issue is this device won’t be as full-featured as the others. It runs a Linux-based OS called Codex, and it’s specifically designed for writing, reading, and visualizing.

We’re on an Onyx Boox roll! We’re sorry, but we had to include this one. There is no better E-Ink tablet with a color display. It’s also the smallest on the list, with a 7.8-inch panel. Despite its smaller size, it still sports a 1,872 x 1,404 resolution, and it features screen lighting.

The internals are pretty good, too. It has an octa-core processor, 3GB of RAM, Wi-Fi, and Bluetooth. The battery is a bit small at 2,000mAh. You still get Android 11, and you can manually install Android apps.

One would imagine an E-Ink tablet would cost less than one with a regular screen. This isn’t really the case, though. In fact, it seems they may be a bit more expensive than usual. E-Ink tablet prices range between about $300 and $600.

Getting a color E-Ink tablet isn’t necessary if you plan to use your device primarily for reading and taking notes, as well as general text reading. It can become a helpful feature if you want to visualize more colorful material. This could include magazines, or even videos. It’s also nicer to see and use apps in color.

Generally speaking, E-Ink tablets don’t come with the same specs you can find in standard tablets. You won’t find any high-end processors or excessive RAM in any of these.