The Band’s Getting Back Together in Toronto 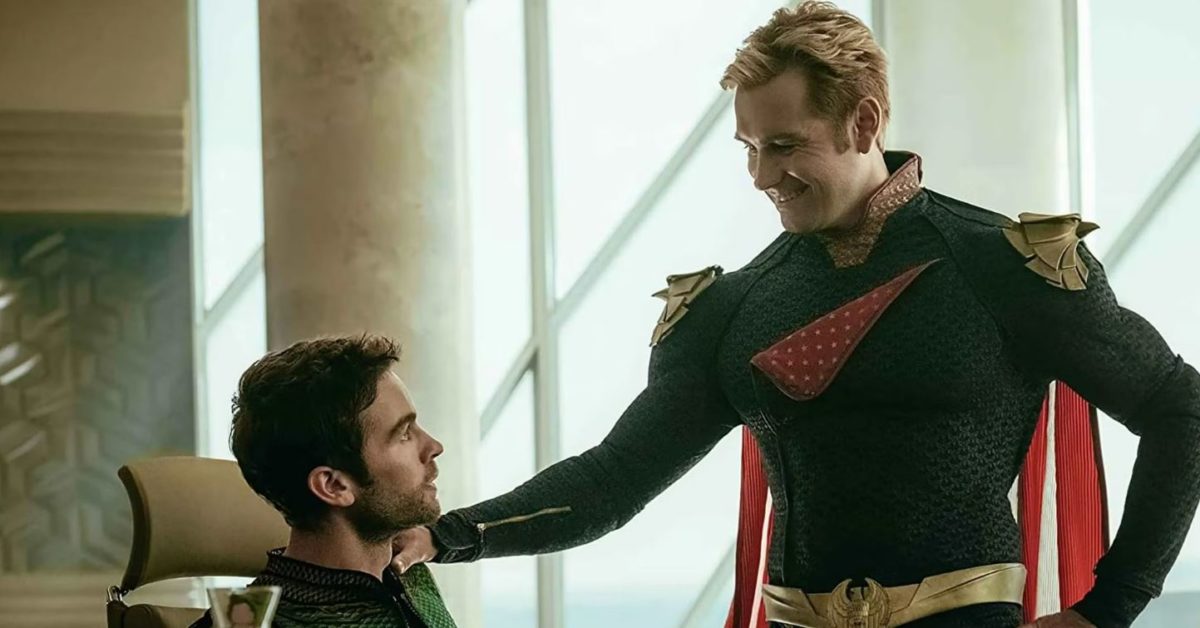 After a bit of casting news that officially welcomed Valorie Curry & Susan Heyward (as new series regulars Firecracker & Sister Sage, respectively) to the cast of Amazon & Showrunner Eric Kripke‘s The Boys, Antony Starr (Homelander) & Chace Crawford (The Deep) checked in from Toronto via Instagram… which could only mean one thing. Yup, Season 4. But just in case you need further convincing, Starr shared a look at his night out with some of the gang at Mira Restaurant (including Karl Urban, Tomer Capon, Karen Fukuhara, and Jessie T. Usher) already “congealing back together.” Of course, seeing this begs an obvious question…

In July, Kripke covered a ton of topics in his interview with Variety (check out the complete interview with a ton of other details here), with highlights focused on Butcher (Urban), Ryan (Cameron Crovetti), Queen Maeve (Dominique McElligott), Starlight (Erin Moriarty), Soldier Boy (Jensen Ackles), and Black Noir (Nathan Mitchell):

So Should We Be Expecting Ryan to Go “Brightburn”? “Ryan is a really important piece of the story because he’s half Becca, half Homelander. If Butcher can figure out how to get his shit together and get the kid back, that could be the single best weapon they have against Homelander. But vice versa. If Homelander wins the kid over, that’s apocalyptic because then there’s two Homelanders. It’s like a child drama with apocalyptic stakes. It’s like ‘Kramer vs. Kramer’ meets ‘Avengers: Endgame.’ So that will be a really rich story moving forward.”

How Will Butcher React to Knowing He’s on a “Crazy Ticking Clock”? “He’s got so much to do that he hasn’t done. And everything that he’s tried to do up to this point has exploded in the most horrible way. What we find fascinating about the question we’re asking about Butcher is, is he self-aware enough to realize that he’s causing his own misfortune? Is he self-aware enough to actually see if he can change? Those are some of the interesting conversations we’re starting to have for Season 4.”

Maeve’s Leaving Will Make Things Tougher for Starlight… at Least Until She Returns? “I don’t think ‘The Boys’ will end without Maeve showing up again… We needed a way to sort of gracefully get Maeve out of the show, let her head for the exit. Obviously, we didn’t want to kill her and fall into the tropes of gay characters and bisexual characters in shows getting killed. We wanted to do the opposite of that and send her off and give her a happy ending with Elena. The best way to do that was, well, take away her powers and she’s not useful in the fight anymore. And we did that because Annie can’t really grow into her own until all the characters that are around to protect her are gone. It was important for her next step for her mentor characters and her protector characters to go away. And so it’s only up to Annie. There’s no one left but Annie. So what is she going to do?”

Black Noir Is Dead! Long Live Black Noir! “Without spoiling anything, I will just say this: When you have a silent character in a mask, he’s reasonably easy to recast… If you notice in the flashbacks of this season, it was a different actor [Fritzy-Klevans Destine] and perhaps the reason we did that is so that if we were to recast Noir, we could recast him with Nathan [Mitchell, the original Black Noir actor].

Just Because Soldier Boy’s on Ice Doesn’t Mean He Can’t Return… Right? “The old TV adage is like, never kill anyone unless you really, really have to. Never close a door, open a window. We’ll all have to wait and see, but I can’t imagine the series ending without Soldier Boy making another appearance.”

With Filming Set for August, How Are Things Going with the Season 4 Scripts? “I’m starting to look at some early drafts of the first couple. We’re still early, I think right now we’re in the middle of breaking Episode 3 and I’m reading a draft of Episode 1. And even in that stage, it’s early with some heavy rewriting and we’re still in there figuring it all out. But it’s super interesting and fun and really, really emotionally rich. Probably as emotionally complicated as we’ve ever done. So far, that’s been my big takeaway. Everyone is really facing their core issues in a way that’s pretty exciting, a very character-driven season.”