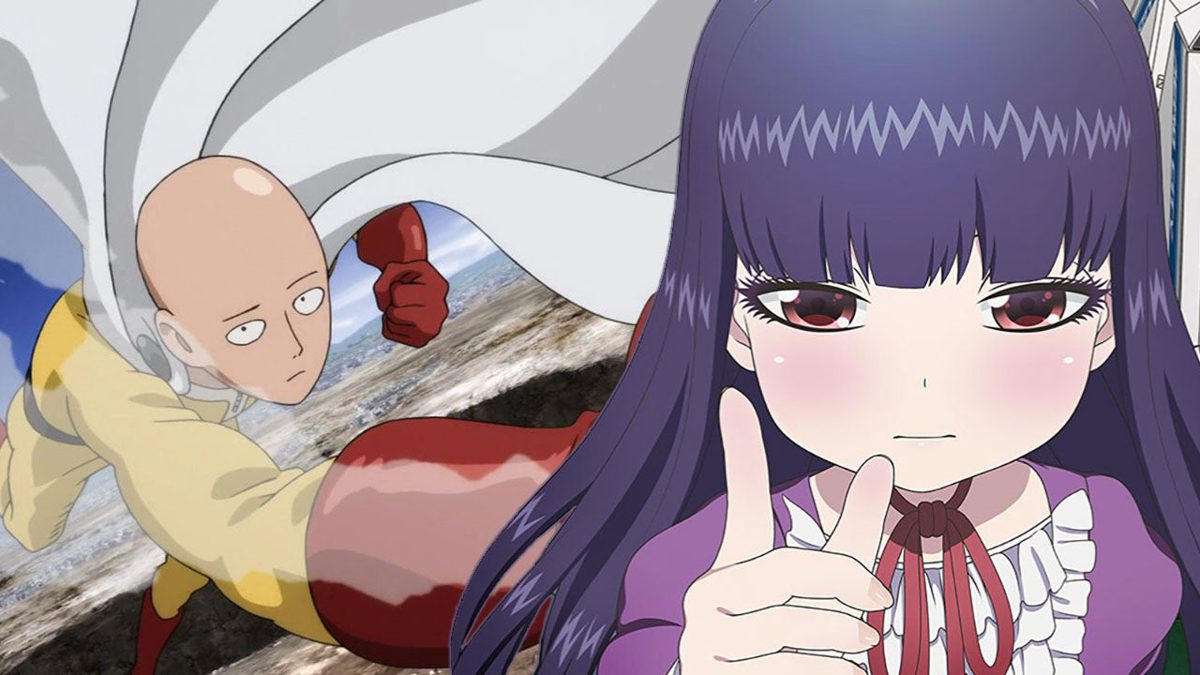 From sword-wielding demon hunters to spandex-clad caped crusaders, the world of anime is vast and full of many unique titles to choose from. If you’re a newcomer, it may seem a bit overwhelming as to where you should start your anime watching journey. Some of the roads can be long and filled with many surprises, like the ongoing anime series One Piece. Or they can be a one-shot masterpiece, like the classic Cowboy Bebop.

Whenever or wherever you start your anime viewing journey, we’ve got the following cheat sheet of some of the best anime for beginners. These are great titles to introduce your newbie friends to as well. So take notes!

Anime for the Superhero Fans

One Punch Man is another superhero anime that lives up to the hype and is worth a watch. With only two seasons so far, it’s an easily bingeable anime you can get through in a few days. One Punch Man is a superhero tale that literally hits a bit different: The main protagonist, Saitama (One Punch Man), is an overpowered superhero who can defeat his foes with a single punch. As such, he longs for an actual challenge with villains and is constantly looking for a suitable opponent. It’s a very unique take on the superhero genre, as we see his fellow heroes fight various villains, sometimes resulting in the heroes finding themselves close to death, only to then witness Saitama show up late and casually defeat their foe in a single blow.

Anime for the Sports Enthusiasts

Created as a special project by director Yo Moriyama to commemorate the 50th anniversary of the classic boxing anime Ashita no Joe, Megalobox is the perfect anime series for someone looking for a pugilist story with an interesting technological twist. Taking place in 21st century Japan, boxers in this world contend in what is known as Megaloboxing, where they’re equipped with metal exoskeletons called Gears. With two seasons currently available, this hard-hitting anime follows the underground Megaloboxer named Joe as he rises through the ranks in the underground circuit. The ups and downs of Joe’s life are just as impactful as the bouts he has in the ring, and the striking animation by TMS Entertainment makes you feel like you’re watching an actual boxing match. If you often find yourself on the edge of your seat while watching a good bout in the squared arena, Megalobox and Megalobox 2: Nomad will surely hit you with their best shot.

Anime for the Space Opera Fans

The 26-episode anime adaptation of Takehiko Itō’s classic manga Outlaw Star is another great space opera that’ll stay with you far beyond the credits roll in the final episode. The story sees Gene Starwind and his comrades traversing space and taking on various jobs, all while searching for what is known as the Galactic Leyline that is said to contain the knowledge of the entire universe. What makes both Cowboy Bebop and Outlaw Star such great anime shows is not just the various unique adventures their respective characters find themselves in, but the depth of each character and their enthralling backstories. That’s what really pulls us in as anime fans.

Anime for the Gamers

Let’s say you’re a gamer and looking for an anime that relates to that aspect of your life. Netflix’s High Score Girl perfectly captures what arcade gaming was like back in the ’90s. The story follows a highly competitive boy named Haruo Yaguchi, whose coin-op fighting game compulsion leads to his crossing paths with a mysterious and quiet gamer girl named Akira Ono. Their unique, oftentimes strange relationship grows from there.

What makes High Score Girl so special is that it also doubles as a documented history lesson in the evolution of fighting games throughout the ’90s, showcasing the rise of such iconic franchises as Street Fighter, Tekken, Virtua Fighter and many more. The anime series manages to accurately depict the types of arcade gaming culture that existed back then, while also thoroughly showcasing both the gaming software and hardware of the time, all brought to life brilliantly by production company J.C.Staff’s impeccable art style. You’ll come out of this one longing for the good old days of being in an arcade, huddled up in front of the latest fighting game while two gamers duke it out for the high score. With High Score Girl Seasons 1 and 2 currently available on Netflix, now’s the time to get your game on and binge this anime series.

There’s countless more anime to recommend, like Beastars, Demon Slayer or Odd Taxi, but this listing is just to whet the appetite for those new to the anime genre. If we’ve piqued your interest in anime, you should definitely check out our Best Anime Series on Netflix Right Now article for more recommendations. And if that isn’t enough for you, here’s our 7 Essential Anime Every Fan Should Watch. And for the anime veterans out there, let us know some of the anime shows you’d recommend to a friend in the comments!

Grabbing magic tin by the tail