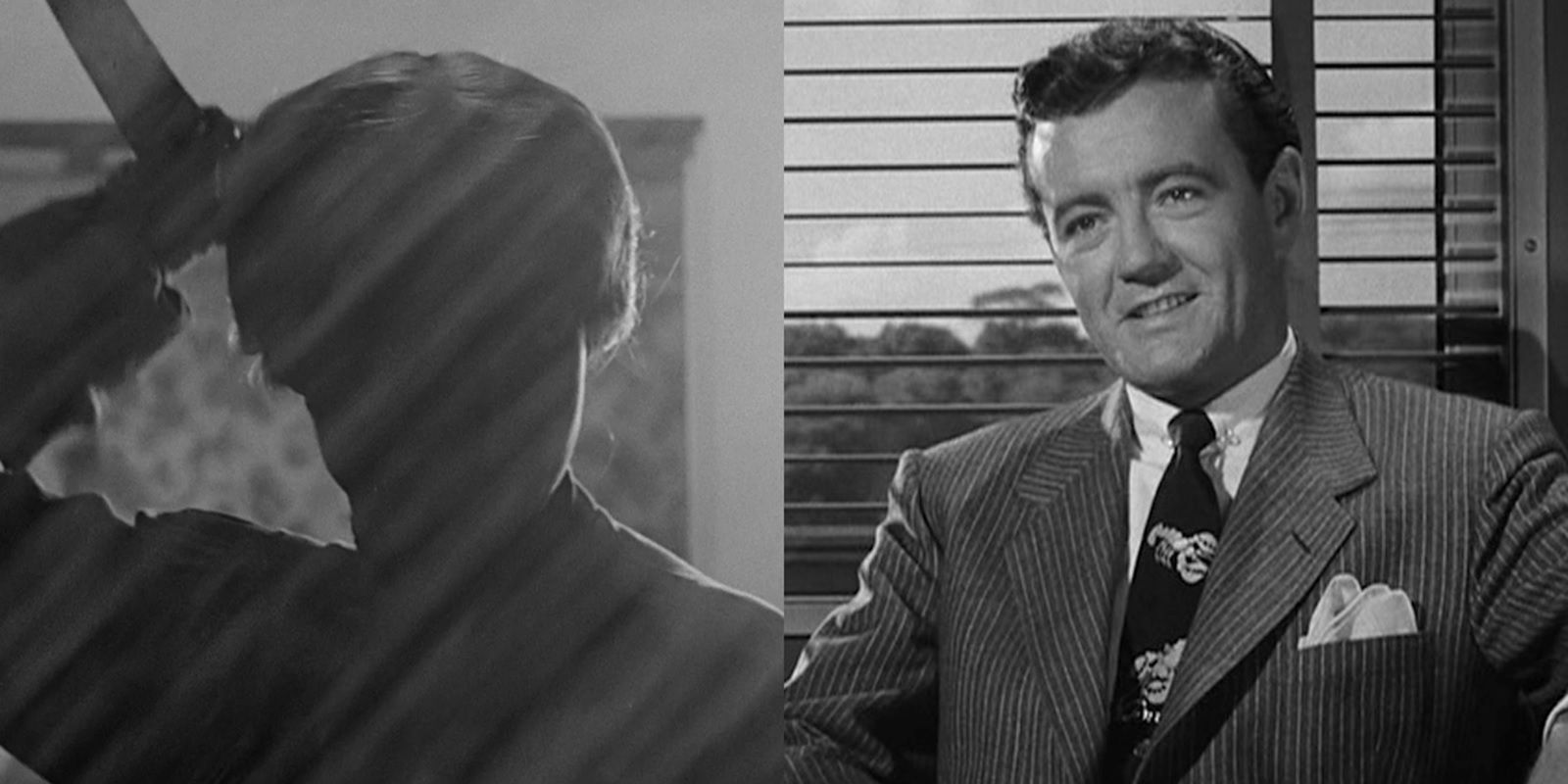 As the director who practically laid the groundwork for all modern cinema, Alfred Hitchcock made some pretty compelling movies in his time. His most acclaimed thrillers, from The 39 Steps to Shadow of a Doubt, still hold up nearly a century later. Since Hitch tended to make movies about killers and thieves, his rogues’ gallery is filled with unforgettable villains.

From the eponymous winged menaces in The Birds to the unsettling cocktail of Oedipus complex and cold-blooded murderousness that is Norman Bates, these are the most memorable baddies from Hitchcock’s career.

Shot and edited to look like a single take, Hitchcock’s taut thriller masterpiece Rope takes place in real time as two sadistic academics, Brandon Shaw (the more sadistic of the two, played by John Dall) and Phillip Morgan, strangle a former classmate to death just to prove that they’re smart enough to commit the “perfect murder.”

The movie chronicles the dinner party they throw to see if they can get away with it. The professor who gave them the idea, played by James Stewart in his first of many Hitchcock appearances, naturally starts to become suspicious.

The second-to-last movie Hitchcock ever made, 1972’s Frenzy, is an underappreciated exploitationer about a twisted serial killer named Bob Rusk, better known as the “Necktie Strangler.”

While there are plenty of psychopathic killers in the Hitchcock canon, Rusk is easily one of the sickest of the bunch. He lurks around the streets of London like Jack the Ripper, raping young women before strangling them to death. And what’s worse is that the cops blame the wrong guy, so Rusk keeps getting away with it.

Supposedly, at the beginning of Vertigo, Gavin Elster hires his old friend, ex-detective Scottie, to follow his wife around and figure out why she’s acting so strange. However, this is actually part of an elaborate scheme to kill her. Elster plans to stage his wife’s suicide from the top of a church tower, knowing that Scottie’s fear of heights will prevent him from making it onto the roof to save her.

This shocking twist completely changes the premise of the movie in its second half, as Scottie tracks down the actor who pretended to be his friend’s wife and tries to turn her into the character she was playing when he fell for her (which obviously doesn’t work).

After a case of mistaken identity, Roger Thornhill is swept up in a big, extravagant spy adventure in North by Northwest that sees him shot at from an airborne crop-duster and chased across the Presidential heads of Mount Rushmore.

This movie is probably the closest thing to a Hitchcock-directed Bond movie. Phillip Vandamm is revealed to be the mastermind who framed Thornhill for the murder of a diplomat as part of his devious scheme to acquire the microfilm MacGuffin.

Considered to be one of the forerunners to modern escapist blockbuster entertainment, The 39 Steps sees unsuspecting Richard Hannay getting relentlessly pursued across the UK by the shady titular organization, whose leader is missing the top joint of his little finger. Hannay seeks refuge in the home of Professor Jordan, who turns out to be missing that very joint.

Jordan returns in the movie’s thrilling climax, as Hannay realizes he’s not looking for a physical document; the sensitive information is in the mind of Mr. Memory, the carnie from the opening scene. Jordan manages to shoot Mr. Memory before he’s arrested. With his dying breath, Mr. Memory recites the information he was sworn to protect: plans for a silent aircraft engine.

The Birds is essentially a cautionary tale about humanity’s cavalier attitude toward destroying large chunks of the natural world. The birds are technically the antagonistic force in the movie, but the real villain is us.

4 Bruno Antony (Strangers On A Train)

Homages and parodies of Strangers on a Train tend to have the characters doing each other’s murders concoct the plan together. But that’s not how it happens in the original movie. When tennis player Guy is approached by wealthy sociopath Bruno Antony with a plot to bump people out of each other’s lives, Guy dismisses Bruno and goes on with his life.

RELATED: 10 Behind-The-Scenes Facts About Strangers On A Train

But Bruno just goes ahead with his end of the bargain anyway, killing Guy’s cheating wife at a carnival. What follows is a tense cat-and-mouse standoff as Bruno desperately tries to get Guy to kill his dad for him. Bruno is an unforgettable villain, thanks to Robert Walker’s oddly charming performance in the role.

3 Uncle Charlie (Shadow Of A Doubt)

One of Hitchcock’s most acclaimed thrillers, Shadow of a Doubt starts out with a sweet setup – a young woman is excited to host her Uncle Charlie for a visit – then the story takes a very dark turn.

Uncle Charlie turns out to be a serial killer, and it’s up to his niece to prevent him from claiming further victims. Joseph Cotten’s unnerving performance made Uncle Charlie an iconic baddie.

When James Stewart’s adventurous photographer Jeff breaks his leg in Rear Window, he’s confined to his apartment while it heals. He starts observing his neighbors’ lives through one of his lenses and begins to suspect that his neighbor Lars Thorwald, played by Raymond Burr, has murdered his wife.

Burr’s screen presence is so haunting in this movie that, despite his friends’ objections on-screen, it’s easy for the audience to get behind Jeff’s wild conspiracies.

Anthony Perkins played Norman Bates to unsettling perfection in Hitchcock’s Oedipal thriller masterpiece Psycho. After building up the pretence that Norman has been cleaning up his mother’s murders, Psycho delivers one of the greatest twists in film history with a double whammy of chilling images.

Perkins already made Norman a disturbing presence in his initial conversations with Marion, but the final twist turns him into one of the most terrifying icons ever put on film.

NEXT: Alfred Hitchcock’s Psycho 10 Things That Still Hold Up Today


Next
The 9 Most Evil Pirates Of The Caribbean Villains, Ranked

Ben Sherlock is a writer, comedian, and independent filmmaker. He writes lists for Screen Rant and features and reviews for Game Rant, covering Mando, Melville, Mad Max, and more. He’s currently in pre-production on his first feature film, and has been for a while because filmmaking is expensive. In the meantime, he’s also in pre-production on various short films. Previously, he wrote for Taste of Cinema, Comic Book Resources, and BabbleTop. You can catch him performing standup at odd pubs around the UK that will give him stage time.

Current UAP Debate Could Use An Injection Of Common Sense

iPad mini 6 Rumoured to Not Have Mini-LED Display; AirPods 3 Tipped to Launch Alongside iPhone 13 in September