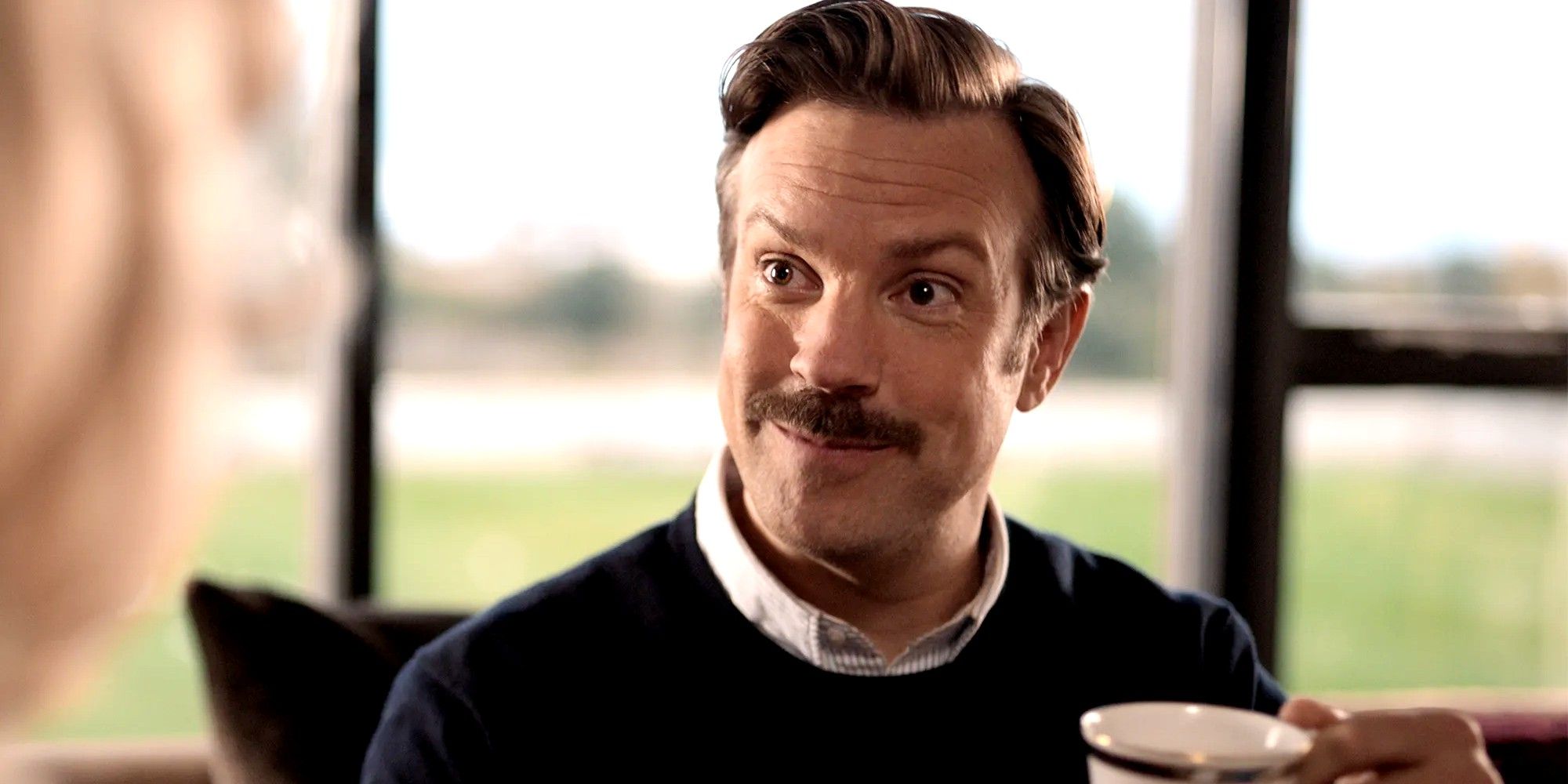 Ahead of Ted Lasso’s season 2 premiere on Friday, Jason Sudeikis is admitting that he was nervous to watch early cuts of the upcoming season.

Jason Sudeikis says he was nervous to see early cuts of Ted Lasso’s second season. Ted Lasso is a comedy series about an American college football coach with a chipper spirit who moves to the United Kingdom to coach AFC Richmond, an English Premier League soccer team. Although Lasso experienced success as an American football coach, he lacks basic knowledge pertaining to the game of soccer. The show stars Sudeikis in the titular role alongside Hannah Waddingham, Brendan Hunt, Nick Mohammed, Phil Dunster, Brett Goldstein, and Juno Temple.

Sudeikis first played Ted Lasso in a series of commercials for NBC Sports to promote the Premier League in the United States. Actor and director, Olivia Wilde, then encouraged Sudeikis to explore the character further through a show or movie. Sudeikis took Wilde’s advice and teamed up with Hunt, Bill Lawrence, and Joe Kelly to create the show for Apple TV+, which has proven to become a hit. Sudeikis has already won a Golden Globe for his performance as Ted Lasso, and the series is currently nominated for a record-breaking 20 Primetime Emmys. Ted Lasso surpassed Glee as the most-nominated freshman comedy in the history of the Emmys.

Related: Ted Lasso Season 2: What We Know About The Story

Despite the success of Ted Lasso’s first season, Sudeikis was still nervous to view early cuts of season 2, according to TheWrap. Production for Ted Lasso season 2 was initially scheduled to begin around November or December of 2020 but didn’t actually begin until January of 2021. Sudeikis’ nerves were a result of that delay. Read Sudeikis’ explanation below:

“So we’re writing, rewriting, acting, producing and then editing. And so our amazing post-production team and Bill Lawrence, who was in L.A. for the bulk of the season, were editing these cuts,” Sudeikis recalled. “I was just nervous to see it, nervous to see what’s going on. And then I gave myself probably too many days, deadline-wise, to finally queue up the old PIX app and watch those things.”

It’s understandable why production delays would make Sudeikis nervous, even if filming was only pushed back about a month or two. No one wants to feel rushed when they are working on something, especially when the project they are working on has the potential to attract millions of viewers. Ted Lasso season 2 also has the added pressure of measuring up to the success of season 1, which undoubtedly crossed Sudeikis’ mind as production began earlier this year. Even though production’s postponement caused some unwanted stress, shooting in January ended up paying off, because England’s snow provided a great backdrop for a crucial scene at the end of the upcoming season’s second episode. “That’s just Mother Nature being one of the best production designers around,” Sudeikis said.

While Ted Lasso fans still have to wait a little bit longer to watch the aforementioned scene and the rest of the new season, early reviews have come out, and like the coach himself, they’re very positive. It seems as though season 2 is bringing similar levels of joy and humor as season 1. Hopefully, this means that Sudeikis’ nerves regarding Ted Lasso’s sophomore season have officially subsided.

More: Ted Lasso: Which Football Club AFC Richmond Is Most Like

Space Jam vs. Space Jam 2: Which Movie Is Better

Jennifer Casale is a news writer for Screen Rant as well as a sales representative for online sports betting. She is a graduate of the University of Maryland’s Philip Merrill College of Journalism and currently resides just outside of Atlantic City. As a film and television fanatic, Jennifer spends much of her spare time glued to a screen, but she also enjoys outdoor activities, such as hiking and playing beach soccer.

WhatsApp just made a change to calls on iPhone,…