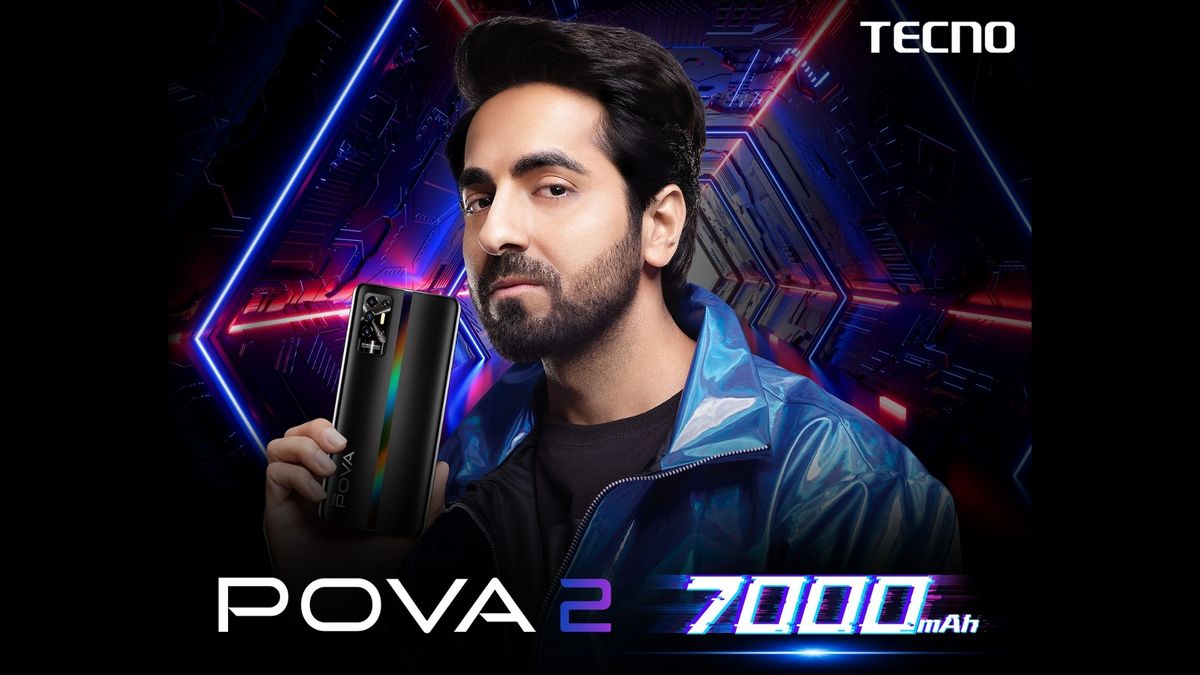 The Tecno Pova 2 is a new budget smartphone in India with a big screen, big battery, multiple cameras and a competitive price tag. It will go on sale later this week.

Pova is Tecno’s battery and gaming-centric range of smartphones, which was started in December of last year. With the Pova 2, Tecno upgrades almost every aspect of the device, making it far more competitive in the sub-Rs 12,000 segment.

When #IncrediblePower meets performance, it creates a winning combination!Step into a new world of entertainment with @ayushmann and #Pova2, the best 7000mAh battery smartphone. Get the POVA 2 at price starting ₹10,499 on @amazonIN on 5th August – https://t.co/XX0biEwjW3#TECNO pic.twitter.com/iOM7LtKM3XAugust 2, 2021

The biggest talking point of the Tecno Pova 2 is its battery. Coming in at 7,000mAh, it is the highest-capacity battery in this space. It is claimed to offer up to 46 days of standby time, 31 hours of video playback, 49 hours of calling, 20 hours of web browsing and 233 hours of music playback on a single charge. It supports 18W fast charging over the USB Type-C port, which is said to take about 140 minutes for a full charge.

For gaming, the Tecno Pova 2 is powered by the MediaTek Helio G85 chipset, which is an octa-core processor with a peak frequency of 2GHz. The Mali G52 handles graphical duties. MediaTek’s HyperEngine makes the cut too, with features such as Game Space 2.0, Game Voice Changer and System Turbo 2.0.

It should be good for content consumption too as the Tecno Pova 2 comes with a large 6.95-inch Full HD+ screen with a 20.5:9 aspect ratio and 180Hz touch sampling rate. The selfie camera is housed in a punch-hole notch in the centre.

It will be available on Amazon starting August 5, and will have a limited-period introductory discount of Rs 500.

The ‘most popular’ PCs are getting e-SIM support and 5 other key features: All you need to know