Fates, the fourth set for Teamfight Tactics is about to make its playable debut, starting with a Public Beta Environment (PBE) test tomorrow. Teamfight Tactics: Fates will also be part of the official game in Patch 10.19, tentatively scheduled to go live on September 16th. 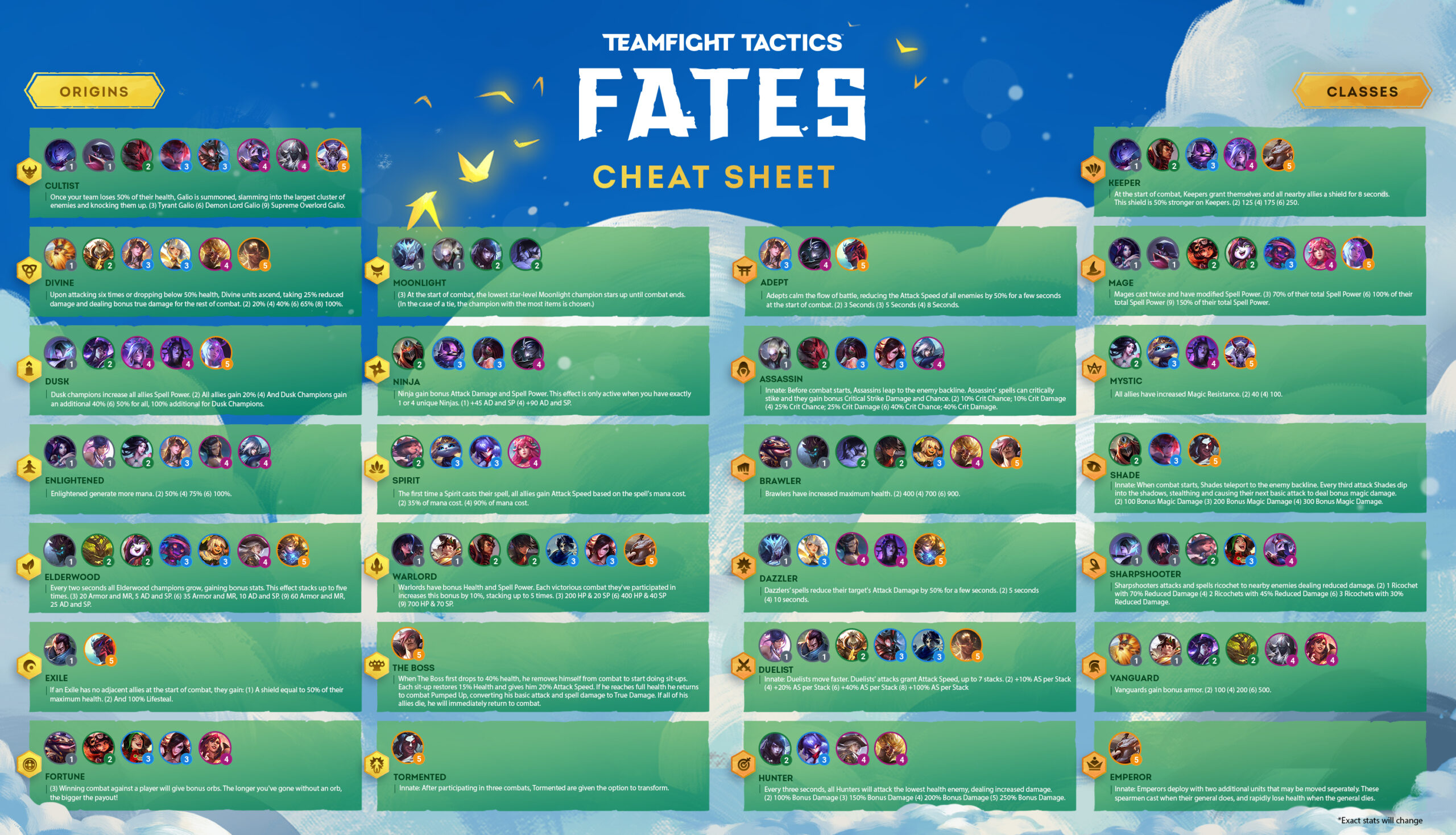 Right-Click and Open Image in New Tab to zoom in on this cheat sheet.

For the various Origins, in Teamfight Tactics: Fates, we’ve acquired a master list of Traits that will give you some idea as to how to pick the best champions possible. The numbers in brackets represent how many champions of a given Origin are needed to activate that tier. With the changes coming to a number of these Origins, perhaps we’ll see a new meta evolve in Fates that knocks Shade out from being the top tier choice.

Teamfight Tactics: Fates will launch with 58 heroes split up across 26 classes, giving players quite a lot of versatility when it comes to nailing that ideal team composition. Riot Games’ auto-battler is available now with multiple links available on the Teamfight Tactics website to download the game on all supported platforms. Players will need to register an account separately in order to access the PBE for Teamfight Tactics and one of the requirements is to achieve Honor level 3 on your account.

Deal: LG Stylo 6 and Samsung Galaxy A21 are free at Metro by T-Mobile (when you switch)

Get free shipping, fuel discount for $98 a year

Using Chrome, Gmail as email and browsing apps on iPhone still an…