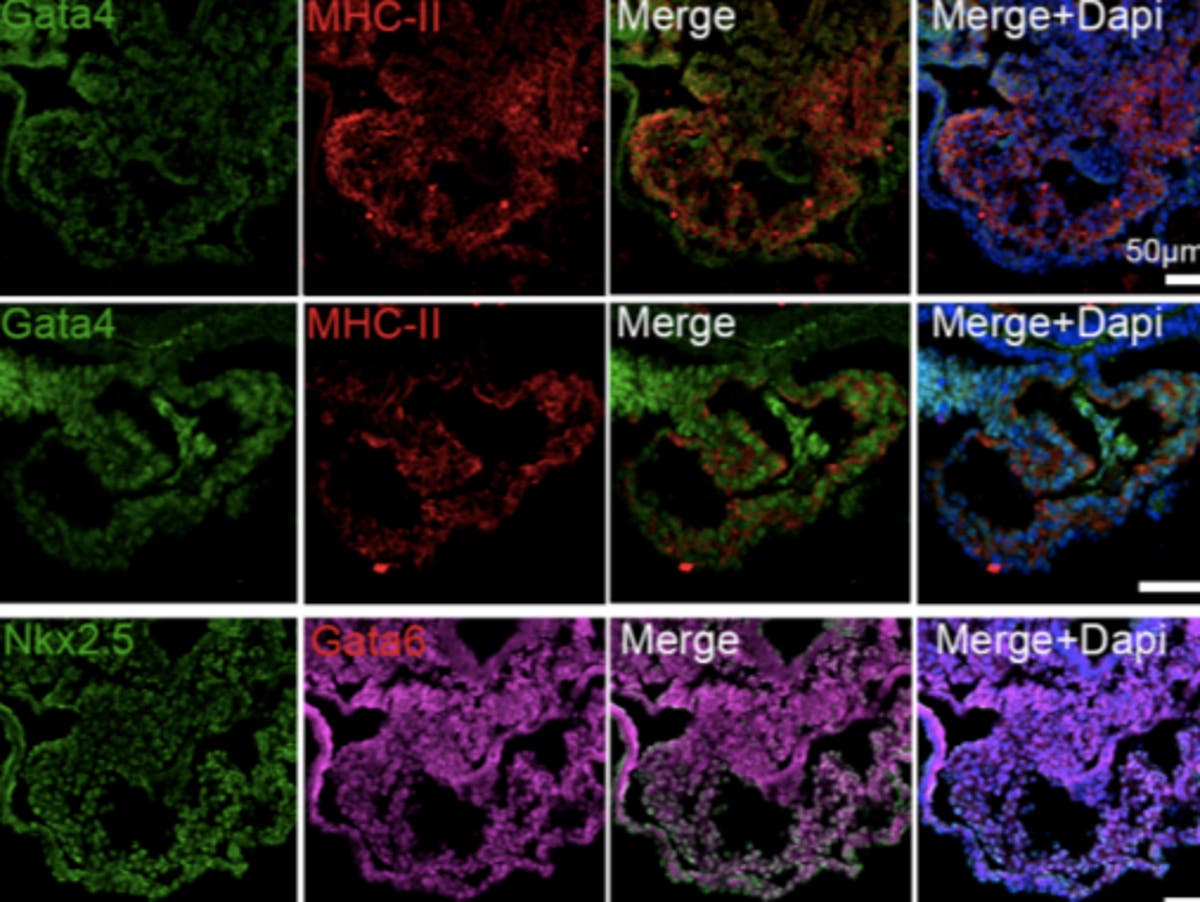 Researchers in Israel have grown a synthetic mouse embryo with a beating heart and brain – without using sperm or an egg, and outside the womb.

The embryo was grown in an artificial womb for eight days using stem cells taken from skin and cultured in a petri dish.

Stem cell scientists believe that this could be a big step in the direction of creating replacement organs for humans.

The results of the study were published on Monday in the peer-reviewed journal Cell.

Cell biologist Jacob Hanna of the Weizmann Institute of Science said this represents the first time that an advanced embryo of any species has been created from stem cells alone, according to The Times of Israel.

“It’s remarkable. There was no sperm, no egg and no uterus, but we managed to get embryos formed from stem cells alone to eight days — a third of the gestation period of a mouse — with a beating heart,” Prof Hanna said.

Previous attempts at creating an embryo without sperm and an egg had led to only the creation of blastocysts — structures formed in the early development of mammals.

Prof Hanna added that this research could one day be used to grow artificial “human embryo-like structures”.

Scientists believe that this breakthrough could help stem cell researchers understand how organs develop in embryos and then use that knowledge to develop new ways to help people with medical conditions.

Although the synthetic embryo bore a close resemblance to real mouse embryos, they were not exactly the same and did not implant or result in pregnancies in real mice, Prof Hanna added.

Alfonso Martinez Arias, a developmental biologist at Pompeu Fabra University in Barcelona, told The Washington Post that “this is an important landmark in our understanding of how embryos build themselves”.

First Bullet Train Reactions Call It Wild, Chaotic, and a Ticket to Fun