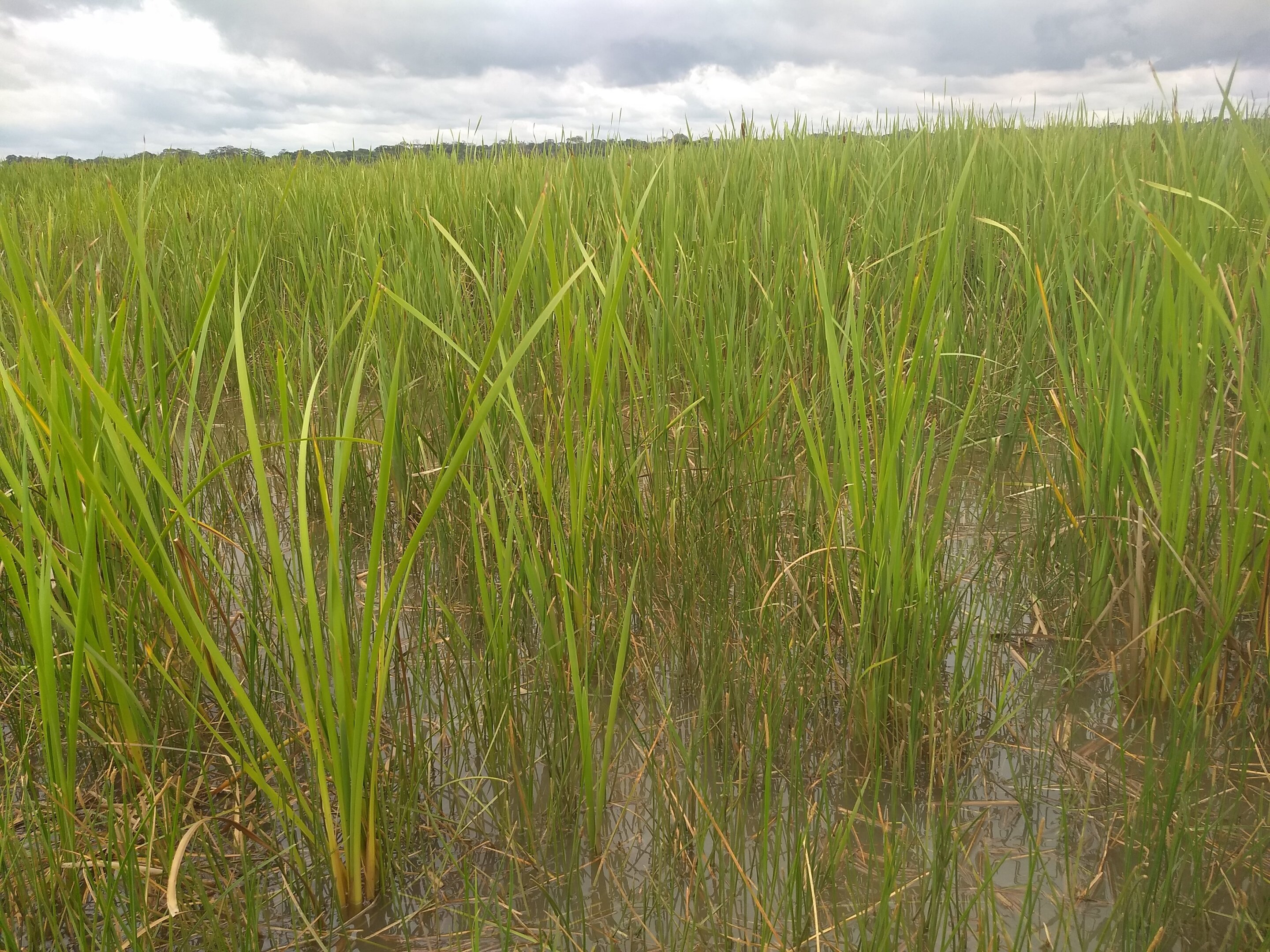 Typha domingensis, the Southern cattail, a reedy marsh plant that inhabits fresh to slightly brackish waters and is about 2.5 m tall, can scavenge up to 34 times more manganese from contaminated soil than other plants found in similar environments. In a recent study, it accumulated between 10 and 13 times more manganese than other naturally occurring wetland plants such as hibiscus, sedges and rushes, demonstrating its potential for use in sustainable rehabilitation of areas affected by iron mine tailings.

An article on the study is published in the Journal of Cleaner Production by scientists at the University of São Paulo’s Luiz de Queiroz College of Agriculture (ESALQ-USP) in Brazil and collaborators.

According to the article, T. domingensis is highly efficient in phytoremediation, owing especially to its capacity to scavenge manganese, a potentially toxic micronutrient that can constitute a major ecological hazard.

The analysis performed by the researchers showed the amount of manganese to correspond to 6,858 milligrams per kilogram (mg/kg) in the plant’s shoots, compared with an average of 200 mg/kg for other species.

The fieldwork was conducted in Regência on the Doce River estuary, Espírito Santo state, an area inundated by part of the 50 million cubic meters of iron mining waste released when the Fundão tailings dam burst in November 2015 in the locality of Mariana, Minas Gerais (a neighboring state to Espírito Santo), causing the worst environmental disaster in Brazilian history.

The disaster affected 41 towns in Minas Gerais and Espírito Santo, and 19 people died. The toxic waste reached the estuary some two weeks later and is estimated to have contaminated 240.8 hectares of Atlantic Rainforest and killed 14 metric tons of fish. Many projects and programs have been launched since then to try to mitigate the damage, but the estuary is still contaminated.

The study showed that the plants in the estuary extracted 147 metric tons of manganese, or 75.7 tons per hectare (t/ha).

An earlier study conducted in the same area and published in the Journal of Hazardous Materials in January 2022 showed that the same plants removed larger amounts of iron from contaminated soil and water than Hibiscus tiliaceus, a 4–10 m tree with yellow flowers often called beach hibiscus.

“We’ve been working on the Doce since 2015 and have achieved a good grasp of the geochemical dynamics of several metals contained in the tailings, such as iron, manganese and other potentially toxic elements. This gives us the opportunity for progress in planning more effective remediation strategies for these contaminated areas. The knowledge built up in these studies will be used not only to rehabilitate degraded areas but also to formulate agromining strategies as a contribution to more sustainable mining,” Tiago Osório Ferreira, last author of both articles, told Agência FAPESP. Ferreira is a professor in ESALQ-USP’s Soil Science Department.

Phytoremediation involves the use of plants to extract and remove elemental pollutants or lower their bioavailability in soil. Agromining consists of growing plants capable of storing metals in their roots and leaves in order to extract these metals for industrial use. In line with the concept of a circular economy, this natural extraction serves two purposes at once: producing metals and detoxifying soils. The technique is not widely used at present. A number of agromining projects are under way in Australia, for example.

“We knew from research by others that manganese is a problem in the region, contaminating the water, soil and fish. When we went to the area affected by iron ore tailings, we expected to find that T. domingensis and Eleocharis acutangula [Acute spikerush] accumulated more manganese than H. tiliaceus, a tree species found in the area, but the results showed that T. domingensis can accumulate 13 times more manganese in its aerial parts than the other two species. The process had less impact via root iron plaque [a form of physiological adaptation whereby iron oxide precipitates to form iron plaque on the surface of the plant’s roots],” said Amanda Duim Ferreira, first author of both articles.

According to the latest study, T. domingensis accumulated 18 mg/kg in roots and 55 mg/kg in iron plaque.

Plants adapted to wetland environments capture oxygen from the atmosphere via their aerial parts and transfer it to the roots via porous tissue called aerenchyma. This oxygenation maintains the root system, which is responsible for anchorage as well as ingestion of water and mineral salts.

Absorption of organic matter by plants favors dissolution of manganese oxide, and release of protons can trigger dissolution of manganese carbonate. On the other hand, aquatic plants can also oxidize their rhizosphere (the zone surrounding plant roots where soil biology and chemistry are influenced by the roots) owing to internal transport of oxygen to the roots to avoid hypoxia. This process can reduce the bioavailability of manganese.

The researchers measured the soil’s physico-chemical parameters (rhizosphere pH, bulk soil pH and redox potential) as well as total carbon organic content. They also extracted manganese from the soil under sites naturally vegetated by the three plant species and performed geochemical fractionation of manganese in the soils studied.

Manganese levels were measured in the plants’ roots, aerial portion and iron plaques. Bioconcentration and translocation factors were determined to estimate their capacity to act as hyperaccumulators of manganese and potential use in phytoremediation programs.

“These discoveries open up a range of possibilities for the use of phytoremediation. Knowledge of absorption mechanisms can be a basis for growing T. domingensis via different strategies to obtain optimal results. We’ve moved on from phytoremediation to agromining as we continue this research,” said Tiago Osório Ferreira, who heads ESALQ-USP’s Soil Geochemistry Research Group.

Duim Ferreira, who is on a research internship at North Carolina State University (NCSU) in the US, is focusing on techniques for growing T. domingensis to optimize its potential for phytoremediation. “We’re applying several techniques on the basis of what we know about the best time for planting and the number of harvests per year to increase biomass production and remove the most manganese and iron,” she said.

The plant continues to accumulate large amounts of the metals for years, she added. The dam burst in 2015 and samples have been taken in the estuary every year since 2019 (in August 2021 and February 2022).

Aquatic plants can be effective in removing contamination by iron mine tailings, study shows

Citation:
Study shows potential of Southern cattail for phytoremediation of areas contaminated by mine tailings (2022, September 15)
retrieved 15 September 2022
from https://phys.org/news/2022-09-potential-southern-cattail-phytoremediation-areas.html

The upcoming affordable Chromecast with Google TV sure looks familiar