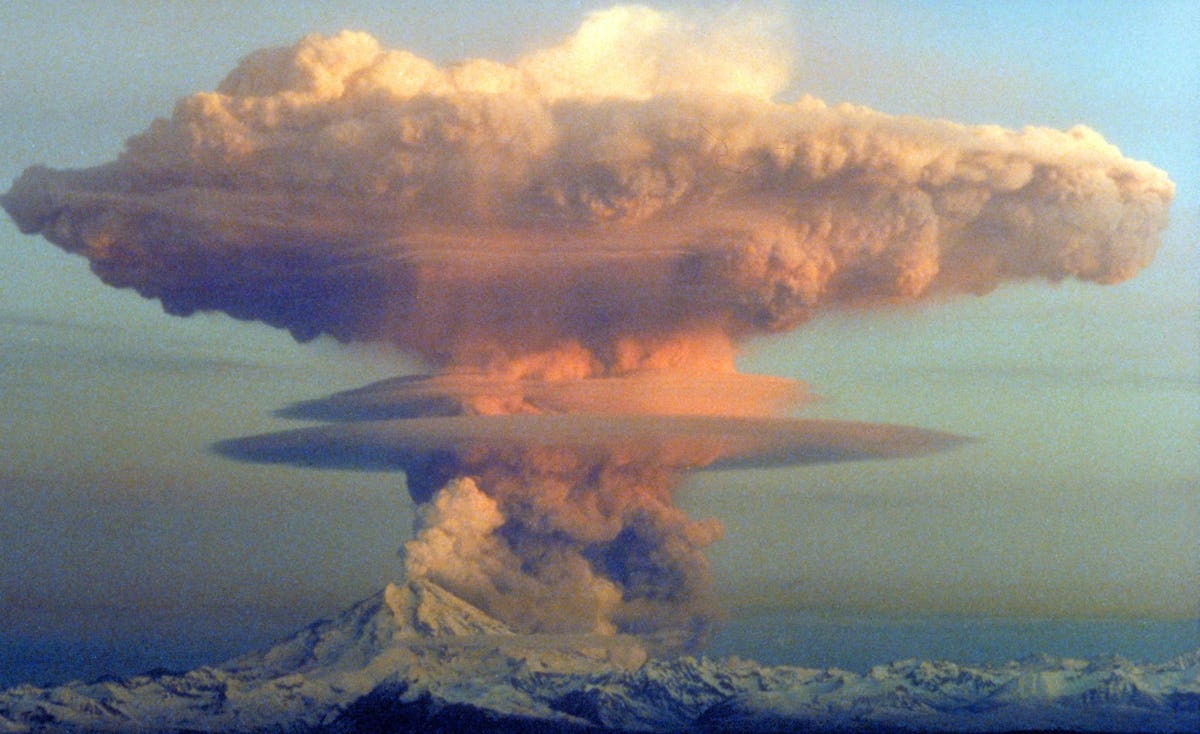 New research published today shows a link between volcanic activity and the retreat of the Cordilleran Ice Sheet during times of rapid climate warming at the end of the last ice age.

Previous research has shown a possible link between the large-scale melting of ice in active volcanic regions and increased eruptions. Iceland’s volcanic systems experienced a period of heightened activity when the ice cap covering the island disappeared. The average eruption rates were found to be up to 100 times higher after the ice melted. Eruptions were also smaller when the ice cover was thicker.

Understanding the relationship among volcanic activity and ice melt due to warming temperatures during the last ice age, which ended about 18,000 years ago, raises important questions about what might occur as the planet warms today.

“It is unknown right now whether volcanic eruptions will increase as the climate warms,” said the study’s lead author, Dr. Jianghui Du of ETH Zurich in Switzerland, who conducted the research as a doctoral student at Oregon State University’s College of Earth, Ocean, and Atmospheric Sciences.

“But we know that the remaining glaciers on volcanoes in the Pacific Ocean ring of fire are melting fast, and it will be important to include this ice loss in predictions of future eruptions, which would be risky for populated regions and could also make emerging hypoxic dead zones in the North Pacific worse.” Volcanic ash includes important trace nutrients for plankton, especially iron, triggering algal blooms and low ocean oxygen conditions.

The findings point to a systematic relationship among climate, glacier retreat, volcanic activity, biological productivity and deoxygenation of the ocean, said Alan Mix, an oceanographer and paleoclimatologist at Oregon State and a co-author of the paper.

“These surprising linkages between parts of the Earth we usually think of as separate highlight how interconnected the whole system really is,” he said. “Solving environmental problems, such as those we face in the ongoing climate crisis, demands that we look with open minds at the whole linked system and not just at isolated parts.”

The timing of volcanic events in relation to the retreat of the Cordilleran Ice Sheet, which once covered large portions of western North America, suggests that the rapid melting of ice covering volcanoes in the region induced increased volcanic activity, Mix said.

“Ice cover to volcanoes is like a cork in a champagne bottle. Remove the icy cork and boom, the eruptions begin,” he explains.

Past research had shown a few ash layers in sediment in the region, but Du’s chemical study, using deep-sea sediment cores from the Gulf of Alaska, revealed more traces of ash that were not visible to the eye.

Denial of responsibility! TechCodex is an automatic aggregator of the all world’s media. In each content, the hyperlink to the primary source is specified. All trademarks belong to their rightful owners, all materials to their authors. If you are the owner of the content and do not want us to publish your materials, please contact us by email – [email protected]. The content will be deleted within 24 hours.
Cordilleran Ice SheetNorth Pacific OceanOregon State University
0
Share