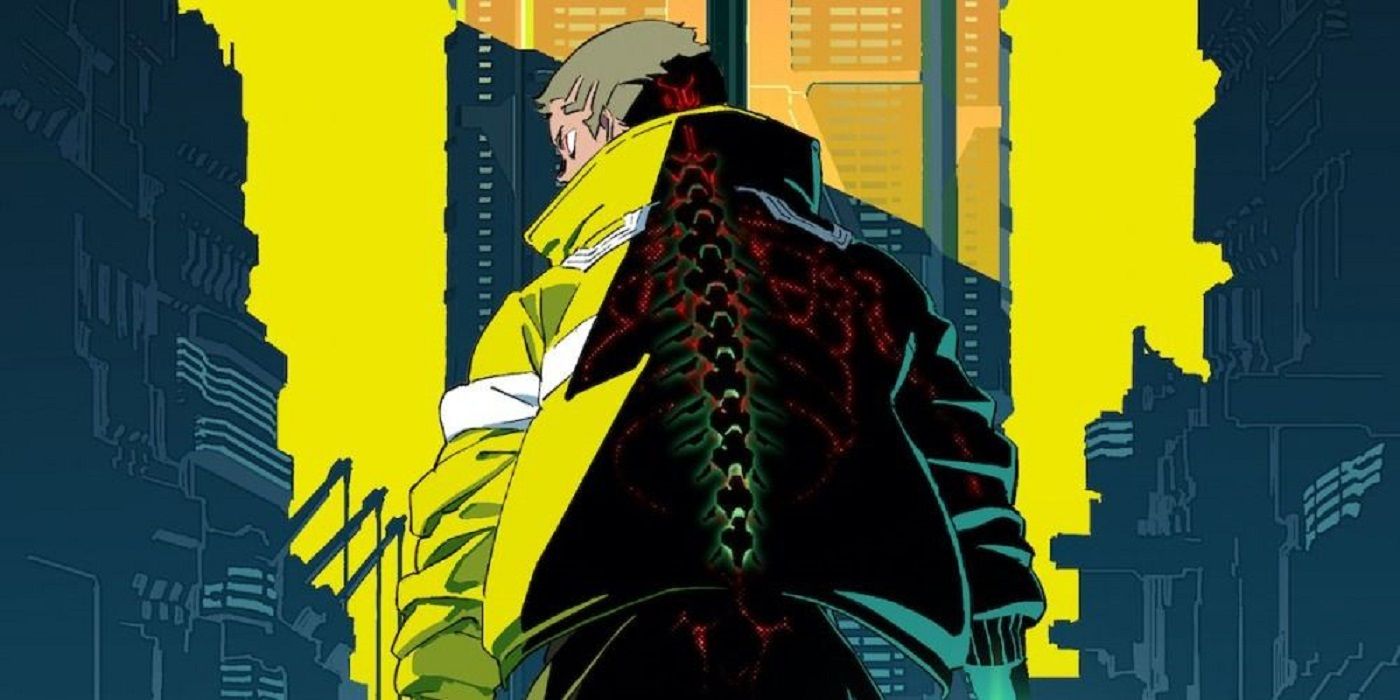 Netflix released a new trailer for their upcoming anime Cyberpunk: Edgerunners and it gives anime giant Studio Trigger a chance to flex its might while introducing the members of the Edgerunners crew. It’s one of the best looks yet at the characters viewers will come to meet in the series, showcasing their unique designs and personalities. Besides that, there’s plenty of gory action along with hints of the wider story that the Edgerunners crew will be involved in. The ten-episode series releases on the streamer in September.

After several action sequences and teases into main character David’s past, the footage runs through the main Edgerunners crew. David comes off as the confident street kid and new recruit into the Edgerunners thanks to his super speed which is shown off in a vibrant, neon blur. Following him is the group’s seeming leader Maine whose tough exterior, gun arm, and excellent shades seem reminiscent of Barrett from Final Fantasy VII. There’s also the group’s resident muscle Dorio who comes packed with a revolver and super strength followed by the most mechanical of the bunch, Kiwi. From her electronic voice to the way her eyes seem to lose their glow when damaged, she seems more like an android than an augmented human. Pilar is one of the wackier among the group with stretchy limbs and a twinge of crazy in his voice while Rebecca comes off as a full-on loose canon, pressing a gun up to David’s head. Rounding out the group is Lucy, the other main character who’s more reserved, yet highly skilled.

Much of the rest of the trailer is focused on a sensory overload of action and bright colors, though there are also some important details about the relationship between David and Lucy. The elusive Lucy is who inspires David to enter the criminal life as a modified outlaw with the Edgerunners. Their bond goes beyond that, however, as they show genuine concern for one another and even share a kiss as David promises to take her to the moon one day. With how much the pair have been shown together in promotional material, their relationship seems to be at the heart of the series.

Cyberpunk: Edgerunners is being produced by Cyberpunk 2077 studio CD Projekt RED and animated by Studio Trigger. Like the video game, the series is based in the world of Mike Pondsmith‘s Cyberpunk tabletop RPG and will center on David’s journey as an Edgerunner in Night City, a cityscape riddled with augment-obsessed individuals and dangerous criminals. CD Projekt’s Rafał Jaki (The Witcher 3: Wild Hunt, Cyberpunk 2077) serves as showrunner and executive producer for the series. Producers on the show include Satoru Homma, Bartosz Sztybor, and Saya Elder.

Cyberpunk: Edgerunners premieres on Netflix in September. Check out the Studio Trigger edited trailer below:

What’s new under the sun? Researchers offer an alternate view on how ‘novel’ structures evolve