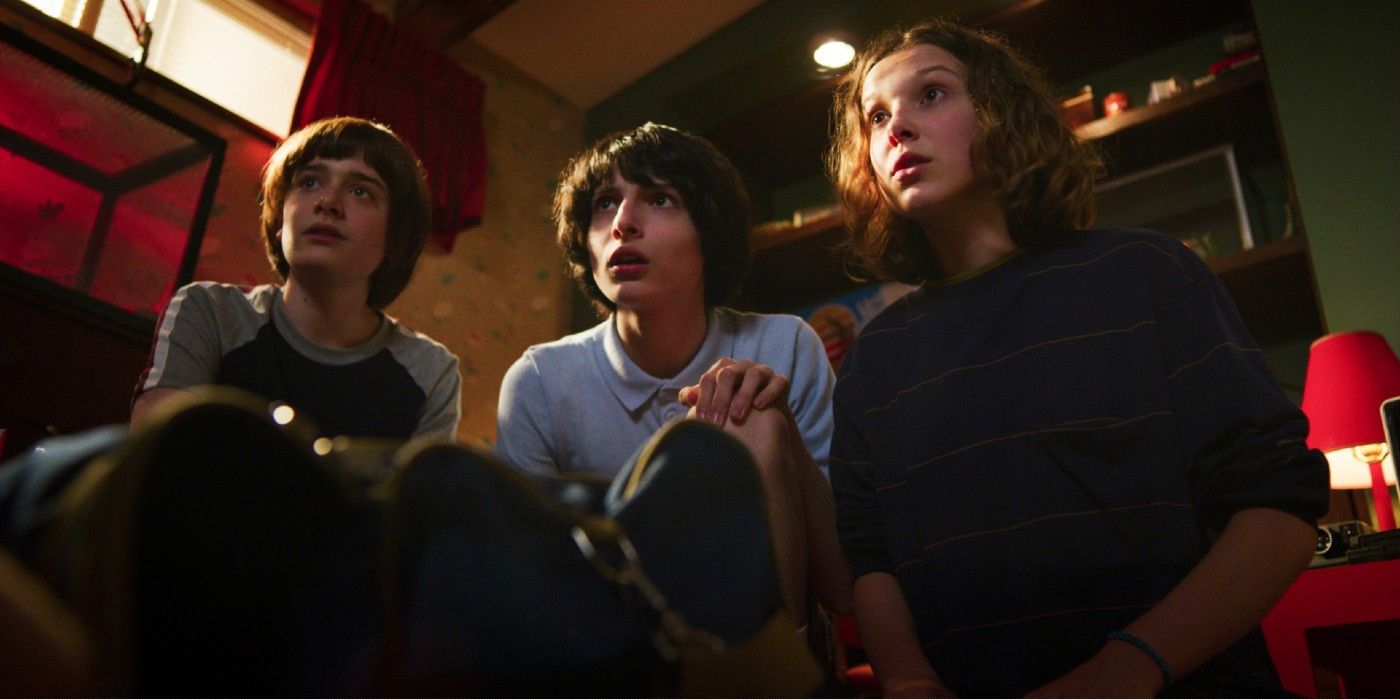 Fans have been waiting a very long time for Stranger Things Season 4. Not just for the new episodes, but for news as to when we’ll actually get to see the new episodes. The Stranger Things Season 4 release date has been under lock and key at Netflix for some time now, largely owing to the unpredictable nature of the production. Filming was about a month in when the pandemic hit, and was then halted for the majority of 2020. When production resumed, it was at a much slower pace than before due to new safety guidelines, so announcing a release date at that time was not an option – Netflix needed to see when, exactly, Season 4 filming would actually conclude before they could give fans a heads up as to when Stranger Things 4 would be released.

RELATED: Sadie Sink Teases ‘Stranger Things 4’: “The Stakes Are Higher Than They’ve Ever Been”

“I have been, along with the brothers, we have been kind of tag-teaming it and directing it as recently as now. So not quite done filming. [We’ll be done] imminently.”

And with filming almost complete, Netflix is ready to tell fans the window of time in which Stranger Things Season 4 will be released:

“All I can say about [the release date] is by the time this airs, we’ll at least have given the world a ballpark. And I’m not allowed to say more. By the time Free Guy comes out, August 13th, part of that answer will be known.”

Levy further confirmed that the release date would be announced with “a little taste of something,” but not a full trailer. Indeed, the first teaser for Stranger Things Season 4 was released in February 2020, confirming that David Harbour’s Hopper was indeed alive and living in a Russian prison.

We can hopefully, then, expect a similar footage tease when the release date window is announced. As for when Stranger Things Season 4 will be released, it’s a guess at this point but the most likely options are Winter 2021 or Spring 2022, given that Levy and the Duffer Brothers still have all that post-production to complete.

Whatever the case, we’ll find out in the next 10 days. Get ready, folks.

Steven Weintraub contributed to this report.

Harbour also talks about future plans for his ‘Extraction’ character.