Stellan Skarsgård Wants To Return As Bill In A Sequel 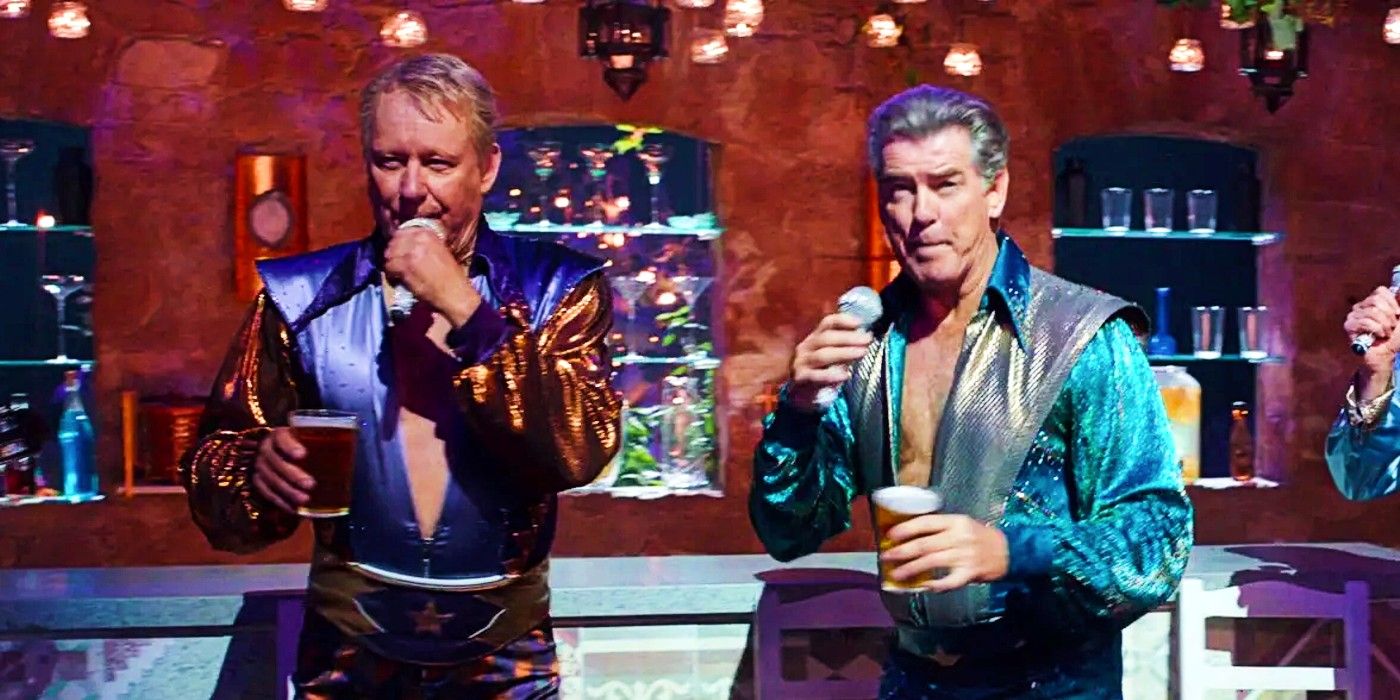 Stellan Skarsgård, who played Bill Anderson in the first two Mamma Mia! films, says he would gladly make a Mamma Mia! 3 if they want to make one.

Stellan Skarsgård is ready to go should they decide to make a Mamma Mia! 3. The Mamma Mia! franchise is a curious phenomenon. The original Mamma Mia!, which came out in 2008, was a film adaptation of the blockbuster 1999 Broadway musical based on the music of ABBA. It starred a glittering roster of A-listers including Meryl Streep, Pierce Brosnan, Colin Firth, Amanda Seyfried, and Dominic Cooper. A full decade later, it got a sequel in 2018’s Mamma Mia! Here We Go Again, which added Cher and Andy Garcia to the cast and featured another heap of ABBA songs along with some reprisals of classic hits from the first film.

In Mamma Mia!, Stellan Skarsgård plays Bill Anderson, a Swedish adventurer and travel writer. He is one of three potential fathers for Seyfried’s Sophie, who has invited all of her mother’s former flames to her wedding. At the end of the film, the three men have bonded and decide not to find out which of them is biologically her father. The sequel features Josh Dylan as Young Bill in a series of flashback sequences, but Skarsgård also reprised his role, reuniting with his love interest Rosie, played by Julie Walters.

Related: Where Was Mamma Mia Filmed? All Locations In Greece

In another surprise years in the making, ABBA has reunited this year and announced a new album due to drop on November 5. This is the first time the band has made music together in 40 years, and Mamma Mia! fans have speculated if this new influx of songs may lead to a third film in the jukebox musical franchise. While speaking with Screen Rant about his role in the upcoming sci-fi epic Dune, Skarsgård addressed the issue with enthusiasm. He is concerned that he may not be around if they take another 10 years to make the next film, but “if they call, I will say yes immediately.” Read the full quote here:

I wish I could say [what it would take to make a new Mamma Mia!]. It took 10 years between Mamma Mia! and Mamma Mia! 2 – if it’s going to take another 10 years, then I’ll be dead. I’m worried we might not get there. But if they call, I will say yes immediately, because the experience of doing those two films was fantastic.

So far there have been no rumblings of a Mamma Mia! 3 from the powers that be, though in 2020, producer Judy Craymer hinted it might be something on their agenda. Both previous films were such box office successes that the studio is likely cooking something up behind the scenes. ABBA’s new album will add to the film’s potential source material, which already includes dozens of unused tracks from ABBA’s original catalog. There are so many options of songs for potential screenwriters to choose from that neither entry has even included “Under Attack,” a song that was in the original musical and ended up being cut from the first film.

Stellan Skarsgård’s enthusiasm for Mamma Mia! 3 is hopefully reflected by the rest of the cast. He clearly had fun making them,  and the fact that the entire group said yes to a second outing implies that everyone shares the same feelings. Taking all of this into account, fans of the musical franchise might have some big news coming their way sooner rather than later.

Next: Mamma Mia! 3 Updates: Will It Happen?

Brennan (he/him) is a senior writer at Screen Rant and a millennial who knows more about 80’s slasher films than he has any right to. A former host of the Attack of the Queerwolf podcast, Brennan has been writing and podcasting about pop culture (especially horror films) for a decade.

Brennan’s interests also include the Muppets, bubblegum pop from around the world, and reading (especially Jane Austen, Agatha Christie, the manga of Junji Ito, and novels of magical realism). His favorite film directors are Wes Craven and Pedro Almodóvar.

New World Guide: How To Obtain Tuning Orbs For Expeditions And Arenas