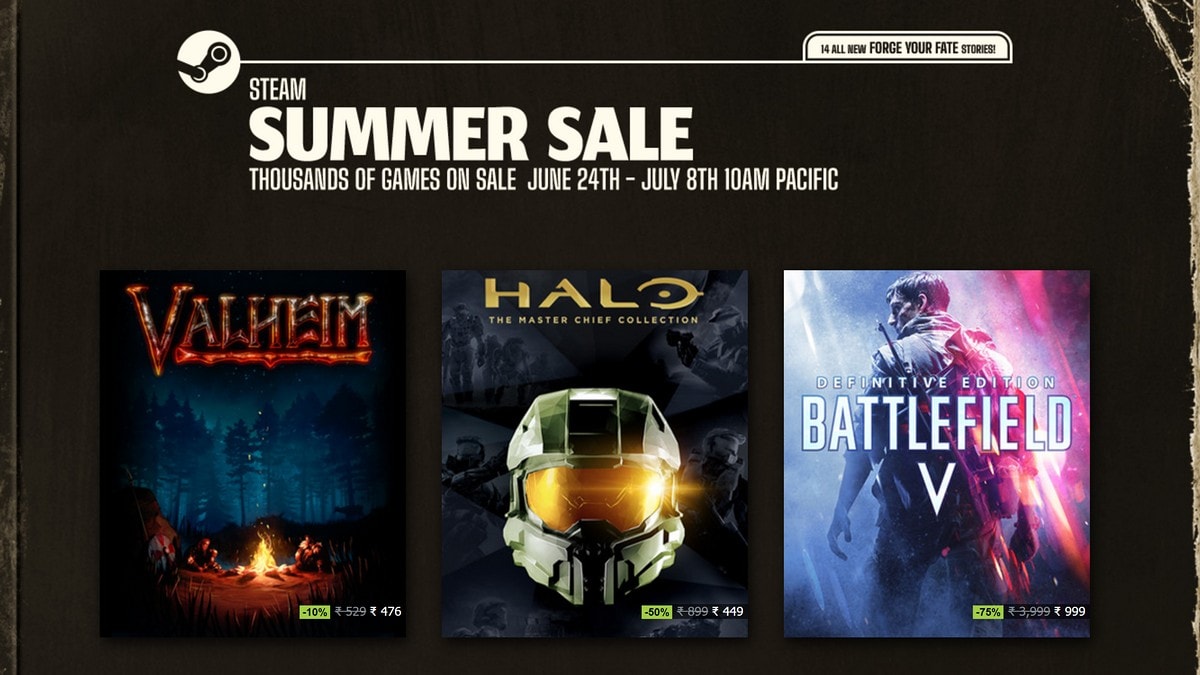 Steam Summer Sale is live and it brings impressive discounts on a wide variety of games from almost all genres. The sale will end on July 8 so gamers have the next two weeks to splurge. There are discounts of up to 89 percent on some games and you can browse them from the Steam store catalogue for survival, racing and sports, Sci-Fi, open world, horror, anime, action, and many other genres. There are many AAA titles such as Doom Eternal, The Witcher 3, Battlefield V, and more on sale as well as Indie titles such as Fall Guys, Hades, Stardew Valley, and more.

The 2018 game We Happy Few is on sale for Rs. 449, which is an 85 percent discount from its typical pricing. The Tomb Raider franchise gets discounts of up to 89 percent with Tomb Raider: Underworld selling for just Rs. 39. Other titles in the series like Rise of the Tomb Raider and Shadow on the Tomb Raider are heavily discounted as well.

Some of the other games on sale include:

If you’ve had any of these games on your wishlist, this would be the right to buy it.


Vineet Washington writes about gaming, smartphones, audio devices, and new technologies for Gadgets 360, out of Delhi. Vineet is a Senior Sub-editor for Gadgets 360, and has frequently written about gaming on all platforms and new developments in the world of smartphones. In his free time, Vineet likes to play video games, make clay models, play the guitar, watch sketch-comedy, and anime. Vineet is available on [email protected], so please send in your leads and tips.
More

Pixel 7 Pro gets leaked benchmark video with some…