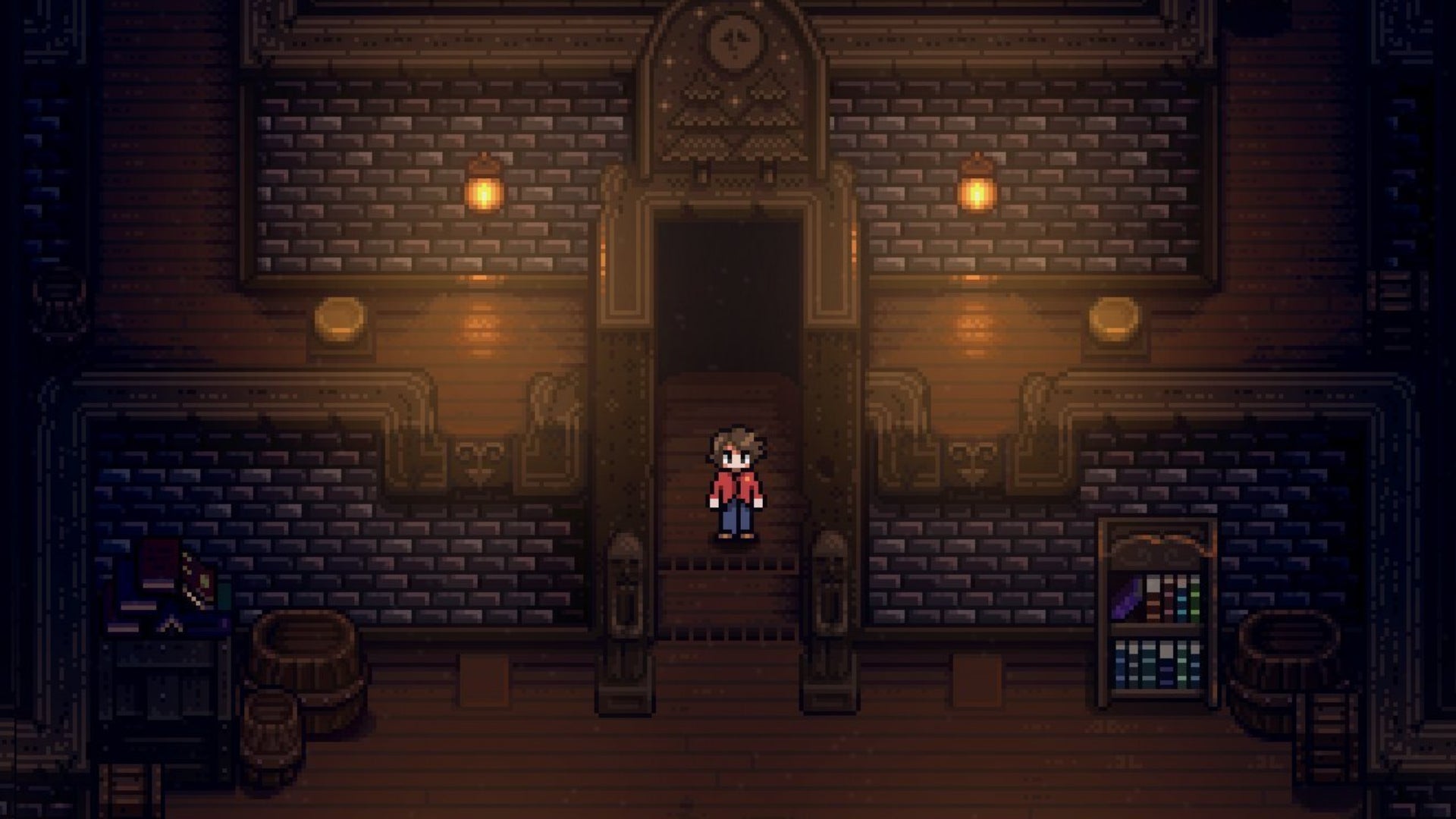 When it comes to solo developer and creator of Stardew Valley, Eric ‘ConcernedApe’ Barone, certainly knows how to get fans excited. Honestly, it doesn’t take much.

Barone took to twitter to share an unseen-before screenshot of his upcoming project, Haunted Chocolatier, and has amassed plenty of likes and love in under 24 hours.

Catch some early gameplay from the Haunted Chocolatier here.

While still trying to find a way to port Stardew Valley’s huge 1.5 update to mobile, which should release by the end of the year, Eric Barone has been chipping away at the development of their next project, Haunted Chocolatier.

Alongside the brand-new screenshot, which shows the player character in what looks like a basement, Barone kindly answered a couple of questions from fans in the Tweet’s replies. Haunted Chocolatier’s “progress is pretty good, but it does take a long time to make a game, and I’m making this completely from scratch”.

While Barone has said they’ll reuse some assets from Stardew Valley where necessary, they’ve described making Haunted Chocolatier as a “long grind” and it appears that they’re in the very middle of it, so we’re certainly going to need to be very patient as we await this title.

When asked about how the game relates to spiritual predecessor, Stardew Valley, ConcernedApe said “It’s gonna be its own separate game with a self-contained identity, it’s not Stardew 2, but there might be some shared lore. I haven’t nailed down exactly to what degree the two will be connected.”

So, while this is no sequel to Stardew Valley, we can anticipate seeing a little overlap here and there; will previous characters pay us a visit? Will Junimos be hiding all over the place? Or will Mr. Qi return with different, illusive quests for us to embark on? Only time will tell.

Haunted Chocolatier is a story-rich simulation title that oversees you running your own chocolate shop. You’ll need to gather ingredients, make chocolate, and fight ghouls to be successful. The title was first announced in October 2021, and there’s no release date or window as yet. As Eric ‘ConcernedApe’ Barone keeps saying, fans have to be patient; there’s no doubt that the game will certainly be worth the wait!

OnePlus 10T camera: Everything we know so far

The People Demand Justice for Brendan Fraser After ‘Batgirl’ Gets Binned