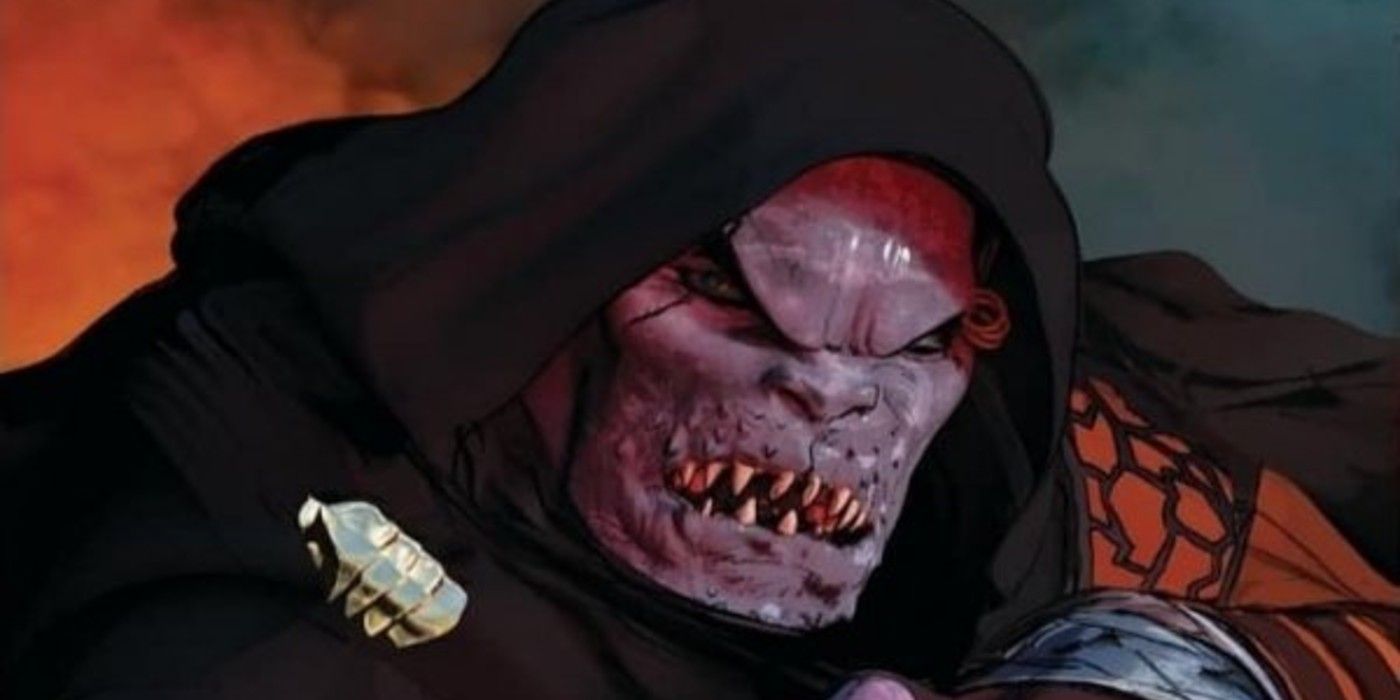 Star Wars revealed a preview for The High Republic #7 from Marvel Comics. It introduces a never-before-seen Sith – the first in this initiative.

Star Wars The High Republic has thus far had a notable absence of Sith. With Star Wars: The High Republic #7, that could be changing however. The newest preview for the upcoming issue reveals a red lightsaber hinting that the dark side of the force is alive and well in the High Republic.

The High Republic is a transmedia Star Wars initiative spanning novels, comics, and other media. It takes place two hundred years before the fall of the Republic era. Both Marvel and IDW have comic series being published concurrently. In both series, the Jedi are facing new threats: the Drengir and the Nihil. The Sith have been largely absent – until now, potentially.

StarWars.com has released a preview for the upcoming issue of Star Wars: The High Republic from Marvel Comics. Created by Cavan Scott, Georges Jeanty, Karl Story, Annalisa Leoni, and Vc Ariana Maher, this issue features Jedi Knight Keeve Trennis, who only recently moved up from being an apprentice. This preview also reveals what could be the first Sith in The High Republic initiative, as Trennis faces off against an unknown foe who is in possession of a red lightsaber.

This preview shows Keeve in an unknown place before she begins talking to Kanrii, Bartol, and Julus. Already this indicates that things may not be what they seem – after all, Julus was killed by the Drengir in a previous Star Wars issue. The conclusion of the preview reveals a dark, mysterious foe and a red lightsaber, before revealing a scarred face that fans have not seen before. This is the first Sith that has appeared within The High Republic. No signs of them have been seen in any of the previous issues of either the Marvel or IDW comic series – or in any of the novels published thus far. While it seemed likely that the Sith would appear eventually (given that the future Disney+ show, Acolyte, is said to take place at the end of the High Republic era), it didn’t seem like it would be so soon. It’s still rather early in the first phase of the initiative. Fans have guessed that Acolyte will greatly involve the Sith given the title’s connotations within the franchise – but that show’s still a little ways off.

Even though the Sith have been absent within this era, they do have connections to the Jedi’s current foe: the Drengir. These plant-like creatures operate as a hive mind and are strong in the dark side. Long before this era, they had connections to the Sith, who kept the Drengir prisoner until ultimately betraying the botanical entity. This could explain why the Sith are appearing now and why this may not be as true an appearance as it seems at an initial glance. The Drengir are powerful foes capable of attacking minds. Trennis bonded with the Drengir to attack them, which may make her susceptible to their influence. This moment could be a mental attack – particularly due to the presence of Julus. The Drengir would have memories of the Sith and could be conjuring their memories and manifesting them towards Trennis to attack her. The question then would become: who is this Sith and what relation did he have to the Drengir?

Keeve Trennis has been revealed to be one of the Lost Twenty – a group of twenty Jedi who left the Order. Keeve is one of the Twenty and the encounter she has had with the Drengir may begin her fall from the Jedi. Though it’s possible that she could just leave, her current interaction with the dark side could lead to her downfall – and a potential turn to the Sith. Star Wars: The High Republic #7 will release July 28, 2021.

How To Set Up Hand-Washing Notifications & How They Work

Another Life Season 2 Trailer Highlights the Mystery of the Achaia

Which Outer Banks Character Are You Based On Your Zodiac Sign?