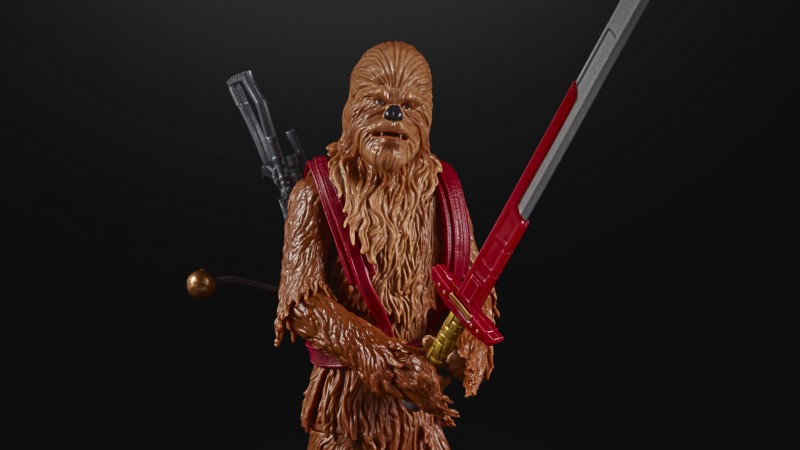 Hasbro has been doing amazing things for Star Wars fans through its Black Series and Vintage lines of action figures. Almost every character who was on screen for a second in any of the Star Wars movies has been turned into an action figure. But that’s not all Hasbro has done. Numerous comic books, novels, and video games have also been mined for characters that can forever be remembered as action figures.

Through Hasbro’s Gaming Greats line of figures, Star Wars: Jedi Fallen Order, Battlefront, Bounty Hunter, and Star Wars: Knights of the Old Republic have been represented in big ways. Today, the latter game is receiving yet another entry. For those of you who played KOTOR, you may remember running across Tatooine with a wookiee warrior at your side. That was Zaalbar, who is also lovingly called “Big Z.” This awesome new figure comes with a sizable sword and a blaster. He will be sold exclusively at GameStop. Preorders are available now.

Hasbro also announced a new Marvel Legends Gamerverse action figure for Spider-Man: Miles Morales. While we would love to see other characters from this game get action figures, this new version of Miles is pretty darn cool. He’s taping into his Venom ability to turn invisible. You can also add an item to his hand to make him look like he’s charging up a Venom Smash attack.

This figure is also sold exclusively at GameStop, and will release on October 1.

Disclaimer: GameStop is the parent company of Game Informer

Sonic and Dr. Eggman’s Forgotten Enemies are Back for Revenge