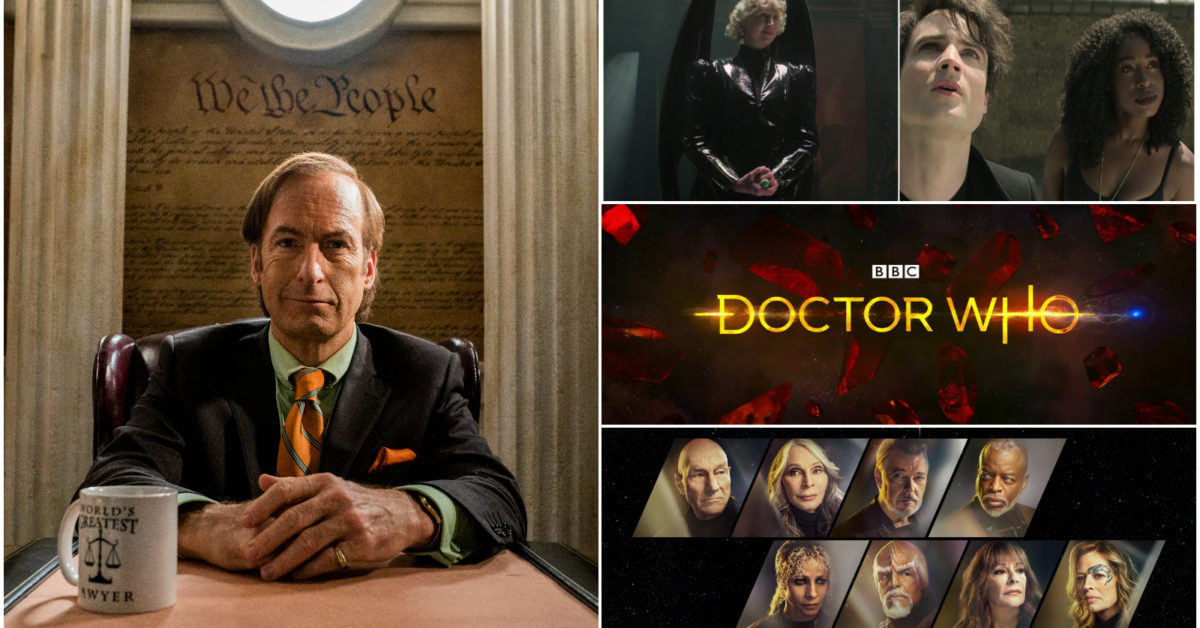 My head used to swim from the perfume I smelled/My hands kinda fumbled with her white plastic belt/I’d taste her baby pink lipstick, and that’s when I’d melt/She’d whisper in my ear tonight she really was mine/Get back in front and put some hair oil on
Buddy Holly was singing his very last song/With your arms around your girl, you try to sing along/It felt pretty good… Whoo!/Really had a good time/Hot patootie, bless my soul/Really love that Rock and Roll… and BCTV Daily Dispatch! With respect to “The Rocky Horror Picture Show” Soundtrack for “Hot Patootie (Bless My Soul)” from Meat Loaf as our opening “long-distance dedication,” welcome back to Bleeding Cool TV’s “big tent” look at what we’ve been doing for the past 24 hours that you might’ve missed or might want to check out again. We’re talking about everything from news and reviews to interviews and opinion pieces- all for your television-obsessed enjoyment. Our line-up of news, reviews, opinions, commentary, and everything in-between for this morning covered a wide range of topics, including Paramount+’s Star Trek: Picard EP answering some Season 3 questions, AMC’s Better Call Saul spending some quality time with Gene Takovic (Bob Odenkirk), Paramount+ getting some tough love, BBC’s Doctor Who 60th anniversary special director not dropping a new logo, Netflix’s Locke & Key reveals a new key, Netflix’s The Sandman shares previews that put to rest the Gwendoline Christie (Lucifer) and Kirby Howell-Baptiste (Death), and Triple H getting creative control in the WWE. Plus, we look at What We Do in the Shadows, Paper Girls, WWE Raw, Quantum Leap, LEGO Star Wars Summer Vacation, Ahsoka, Genndy Tartakovsky’s Primal, Titans, Paper Girls, Irma Vep & tons more!

What We Do in the Shadows S04E04 Promo: Guillermo vs Nandor, Round #2?

Ahsoka Star Rosario Dawson: “There’s No Dialing It In” with Star Wars

What We Do in the Shadows S04: Gizmo Love Life, Vampire Wedding & More

Paramount+? We Need to Talk Because to Be Honest? It’s You, Not Us

BCTV Daily Dispatch: For a look at what’s going on across the television and streaming landscape, sign up for Bleeding Cool’s daily email round-up of the news you need to know here.

Amazon Prime members in Europe to pay up to 43% more