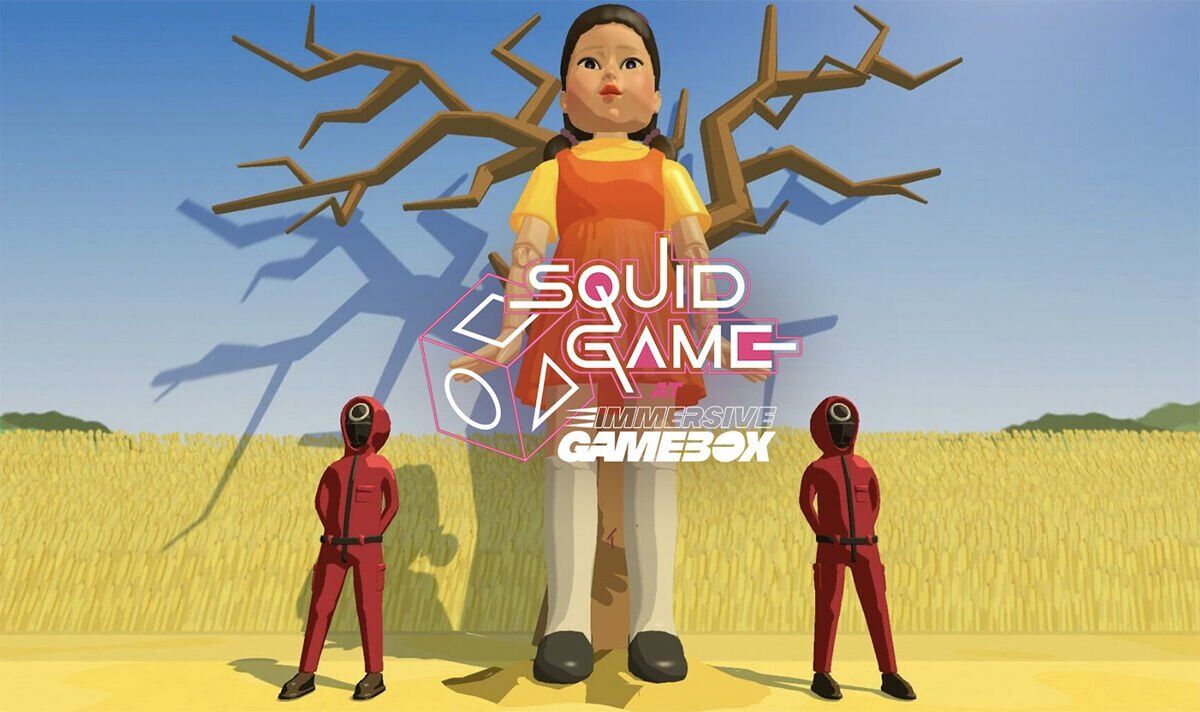 Fans of hit Netflix show Squid Game will be please (or terrified) to hear that a real-life version is coming to the UK in September. Containing six different challenges based on the games featured within the show, the Squid Game interactive experience will be available to play at Immersive Gamebox locations in Southwark, Wandsworth, Essex and Manchester. It’s perfect fodder for a pre-Christmas night out with work colleagues, or as an evening out with friends.

Each Squid Game experience runs for around 60 minutes, and is playable with teams of up to six people.

Immersive Gamebox uses technology such as projection mapping, 3D motion tracking and surround sound to immerse players in any given experience.

As part of the Squid Game experience, users will face the giant doll in a game of ‘red light, green light’, attempt to cut out shapes as part of the ‘dalgona honeycomb challenge’ and participate in an intense game of ‘tug of war’.

Immersive Gamebox explains more: “Players will also take on a digital game of marbles, in a slightly less heart-breaking format than the series, participate in a game of chance that draws inspiration from the ‘glass stepping stones’ and conclude with a tense battle of the actual ‘Squid Game’ game.

“Lives may not be on the line but everything else will be!”

Ticket prices vary based on location, while student and junior rates are also available. You can book now by visiting the Immersive Gamebox website.

If you haven’t already, then it’s definitely worth giving Squid Game a watch over on Netflix.

The South Korean drama series sees a group of people compete in a series of deadly games for the chance to win a huge pot of cash.

Proving a surprise hit for Netflix, Squid Game was renewed for a second season, although there’s still no word on exactly when it will be back.

Hopefully it’s not too far away, because the first season ended on something of a cliffhanger.