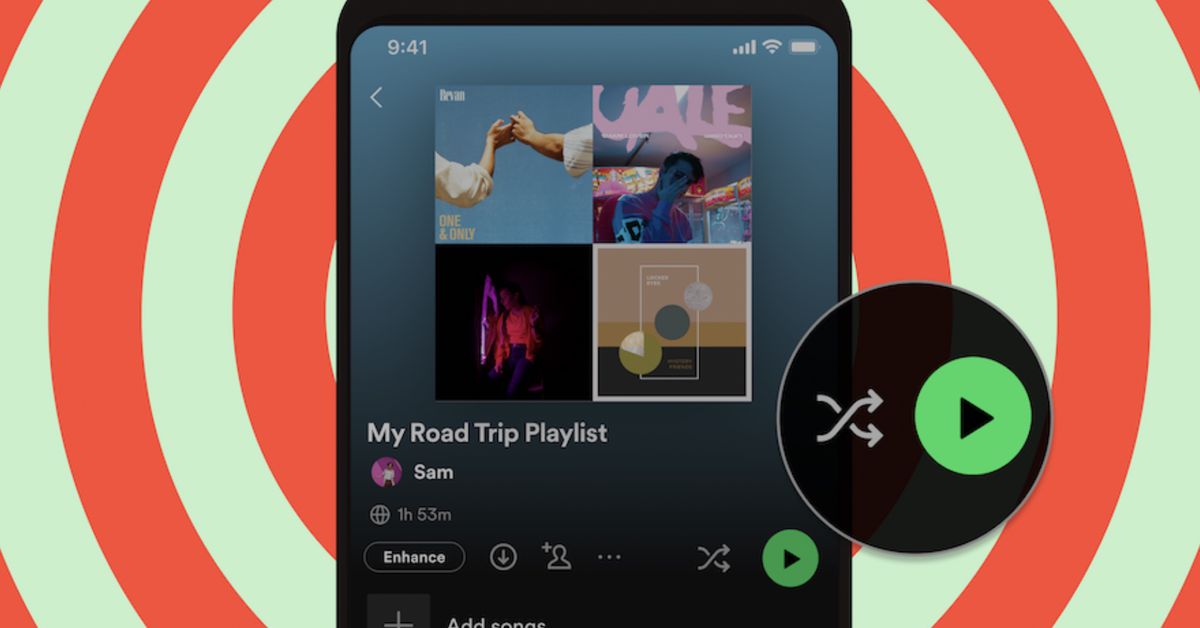 Spotify is fully separating its play and shuffle buttons — but only for Premium subscribers. Today, the company announced that it’s beginning to roll out individual buttons for the two functions, which will replace the combined play / shuffle button that’s currently at the top of playlists and artist pages. The change is expected to hit Android and iOS devices “in the coming weeks.”

“This new change will allow you to choose the mode you prefer at the top of playlists and albums and listen the way you want to,” Spotify wrote on its blog. “Whether you love the joy of the unexpected with Shuffle mode, or prefer listening to tunes in order by simply pressing Play, Spotify has you covered.”

Spotify’s penchant for shuffling tracks has, at times, drawn the frustration of artists who want their albums to be heard in the original running order. “We don’t create albums with so much care and thought into our track listing for no reason,” Adele tweeted last year. This led Spotify to display the standard play button by default on album pages instead of the play / shuffle combo. Now, Spotify Premium customers will see individual buttons throughout the app. “From the moment you hit play on Spotify, you decide the way you want to hear your favorite playlists or that new album you’re obsessed with,” the company wrote.

It seems a bit ludicrous that Spotify is now using buttons and its user interface as a differentiator between the service’s free and paid offerings, but here we are. Unfortunately, you still won’t be able to play or shuffle any Spotify HiFi tracks. It’s now been almost 18 months since Spotify announced its lossless-quality streaming tier, and the company has yet to roll it out to subscribers. And no, I’ll never stop bringing it up.