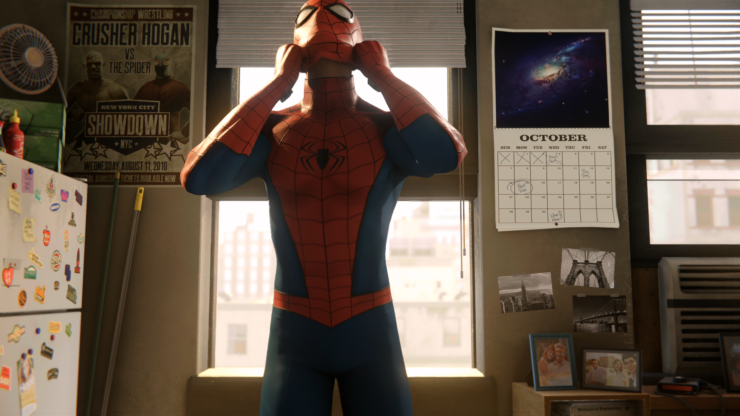 Spider-Man in a cutscene from Insomniac’s PlayStation 4 exclusive game.

With Hawkeye freshly announced as the first post-launch addition to Marvel’s Avengers, fans are already imagining who could come next, and Spider-Man is certainly one of the most wanted.

Its addition at some point seems like a given, though a rumor now points out to Spider-Man potentially being exclusive to PlayStation platforms in this game. The source is online retailer Base.com, which had the following statement on its product page for Marvel’s Avengers:

Play as Spider-man exclusively on PS4

The statement has been removed now, but the Wayback Machine provides tangible proof that it was there until recently.

Having Spider-Man as a PlayStation exclusive would make sense, given Sony’s control over video game and movie rights for the popular web-slinger, but it’d surely sting for Xbox, PC, or even Stadia gamers who would be missing one of the most famous Avengers in their roster.

Marvel’s Avengers is out on September 4th, though a beta program will take place on August 7-9th for PlayStation 4 pre-order customers, while the following weekend the beta will be open on PS4 and reserved to pre-order customers on PC and Xbox One. Lastly, there’ll be a final weekend open beta on all platforms between August 21st and 23rd.

ByteDance to give up stake in TikTok, Microsoft to take over U.S. operations: report

Fortnite’s Atlantis has been discovered